Hello dear readers. I have long been spouting off about the Sun and the Cosmic rays and how they affect biology and the unusual pulsing as shown a few POSTS back in the Nassim Haramein's video and his comments as to how difficult it was to find the information from NASA files and then requesting more it was not forthcoming and a short reminder from 'space weather.com' which I have posted many times:-
SPACE WEATHER BALLOON DATA: Approximately once a week, Spaceweather.com and the students of Earth to Sky Calculus fly space weather balloons to the stratosphere over California. These balloons are equipped with radiation sensors that detect cosmic rays, a surprisingly "down to Earth" form of space weather. Cosmic rays can seed clouds, trigger lightning, and penetrate commercial airplanes. Furthermore, there are studies ( #1, #2, #3, #4) linking cosmic rays with cardiac arrhythmias and sudden cardiac death in the general population. Our latest measurements show that cosmic rays are intensifying, with an increase of more than 18% since 2015: 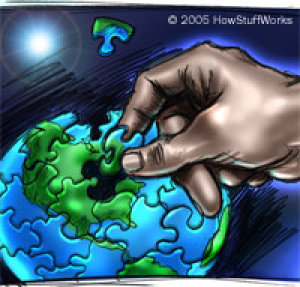 Courtesy  People I How Stuff Works

and I add to this my own take as it fits in with my '1967' writings and I must add this is not in any anyway agreed my main stream science or the above link or as far as I know plagiarised.
In my '67' brief this collaborates with the intelligent directives encoded in some of the the Cosmic Rays at certain frequencies which are coded and act as 'switches, stimulates, and upgrade DNA in order to facilitate the evolutionary DNA to the evolving species  human and nature which are one and the same. This then maybe the reason for the triple and binary codes in the downloads from the former energygrid contributions I did and can be found in :-
http://geofffreedarchive.blogspot.com  (last entries 2013 precis from '1967' writings)


THE SURPRISING WAY SOLAR GREY WHALES: Sometimes grey whales do a funny thing. They strand themselves on beaches for no apparent reason. No injury. No illness. No obnoxious blasts from Navy sonars. They just get lost.
But why? A team of researchers from and the Adler Planetarium may have found the answer–and it’s a bit surprising. Their study was published in this week’s edition of Current Biology 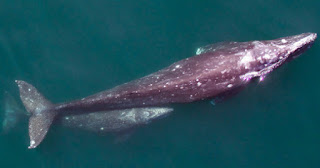 Above: A grey whale and her young. Credit: NOAA

Biologists have long suspected that whales have an internal compass, allowing them to navigate using magnetic fields much like birds and bees do. This would make whales vulnerable to space weather. During geomagnetic storms, shifting magnetic field lines could confuse their internal compasses, throwing the whales off course.
But that’s not what the new study shows.
"We were really surprised by our results," says lead author Jesse Granger, a PhD student in Biology at . "Geomagnetic storms are not stranding the whales." Instead, the best explanation seems to be solar radio bursts.
During periods of high solar activity, the sun emits broadband bursts of radio energy. Many shortwave radio operators have been surprised by a roar of static in their headphones after a strong solar flare. Whales seem to be tuning in as well. 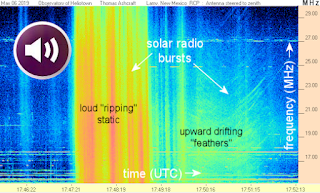 Above: A solar radio burst recorded on , by Thomas Ashcraft. Listen!

Granger’s team looked at 35 years of grey whale stranding data compiled by NOAA. "We chose grey whales because their species has one of the longest migrations of any mammal and is a near-shore migrator — suggesting that small navigational errors increase the risk of stranding," they wrote. "Only whales that likely stranded alive with no signs of injury, illness, emaciation, or human interaction (e.g. Navy sonar, entanglement, or boat strikes) were used."
They correlated the strandings with several long-running indices of solar activity including sunspot number, radio noise (F10.7) and geomagnetic activity (Ap). The results are shown in the histograms below. 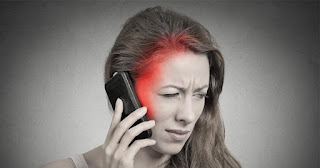 Image and article Courtsy of WDDTY


The phones double the risk of thyroid cancer for people with genetic variations known as SNPs, or 'snips'.
Researchers from Yale School of Public Health say that people should be screened before using a cell phone, especially as cases of thyroid cancer have been rising in the US and around the world—and the phones could be one unsuspected cause. There are around 53,000 new cases reported every year in the US, with around 2,180 dying from it.
The researchers looked at the biological profiles of over 900 people in Connecticut to discover that those with the genetic variations were more likely to develop thyroid cancer—and the risk doubled if they were regularly using a cell phone.
They add that the risk may reduce with people texting instead of phoning. 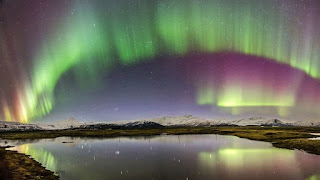 Earth’s magnetic field, the basis for modern global navigation systems, is constantly in some state of flux. However, it now seems to be going haywire, pushing the North Pole closer to Siberia, and no one’s sure why.
The field changes as the molten metals surrounding the earth’s solid iron core churn and flow, creating electric currents and a corresponding magnetic field. As a result, the magnetic poles tend to shift slightly as a matter of course.
However, researchers don’t know what’s causing the magnetic field to now move so quickly.
READ MORE
Earth to be battered by ‘dark matter hurricane’ for next million years
The north magnetic pole sped across the International Date Line last year at a rate of 55 km per year, more than three times as fast as it moved before the mid-1990s. Now located in the Eastern Hemisphere, it’s moving away from Canada and approaching Siberia.
Scientists think a high-speed jet of liquid iron under Canada could be responsible for the pole’s movement, weakening the magnetic field below and allowing Siberia to draw over the pole, Nature reports.
“The location of the north magnetic pole appears to be governed by two large-scale patches of magnetic field, one beneath Canada and one beneath Siberia,” University of Leeds geomagnetist Phil Livermore told a recent American Geophysical Union meeting. “The Siberian patch is winning the competition.”
In general, the World Magnetic Model (WMM) is updated at five-year intervals to ensure modern navigation keeps up with the changes in the Earth’s magnetic field. It was due to be reconfigured next in 2020, but was so out-of-whack by 2018 that a more urgent update was needed.
ALSO ON RT.COMAliens phoning home? Mysterious deep-space radio signals are more frequent than we thought


Researchers at the British Geological Survey and the National Oceanic and Atmospheric Administration (NOAA) have been working to correct the WMM using three years of recent data, including a 2016 pulse that threw their last model’s accuracy off.
The scientists were due to release the latest update next week – if the US government hadn’t shut down, hamstringing NOAA’s operations. Now the release has been postponed to the end of January. The team hopes this model lasts until 2020.
This is old, old,old News I have reported this way, way back. At one time in Earth's history one would have found the North Magnetic Pole at the Equator. This is one of the signs of the upcoming sixth extinction I have been talking about in the 392 series and is part of a natural cycle. Hundreds of words in the blogs in the former energygrid mag and this was gone into and some erased files from NASA and other Institutions have mysteriously dispersed and I will be kind perhaps to not frighten the populace. This in my view and in the long term is far more disastrous than 5G, COVID- 19(really a viral infection of unknown origin) and the internet of everything and everybody. Mind you if the Sixth Extinction really begins to kick in then 5G speed to alert people will be needed, let's hope the protests make 5G safer and less intrusive by then. 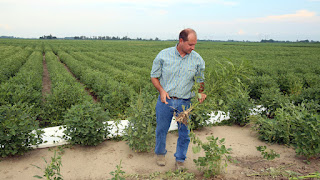 https://www.rt.com/business/409950-monsanto-sues-california-cancer/
Documents have been found of cover ups!!? hot news 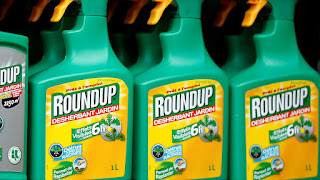 https://www.rt.com/business/484581-monsanto-profit-farmer-losses/?utm_source=Newsletter&utm_medium=Email&utm_campaign=Email
These large huge Big Pharma multinationals have no allegiance to religion, humanity, politics, any kind of ism accept the worship of the Great Demon God Mammon and the bestiality with degradation of animals and nature dragging down humanity with it. The withholding and paying for false scientific reports done by highly paid professional 'writers' to include smithereens of the true constituents and fabricating the rest in favour of the product and its safety and side effects. 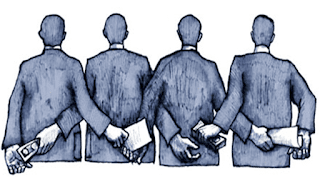 SPACE WEATHER BALLOON DATA: Approximately once a week, Spaceweather.com and the students of Earth to Sky Calculus fly space weather balloons to the stratosphere over . These balloons are equipped with radiation sensors that detect cosmic rays, a surprisingly "down to Earth" form of space weather. Cosmic rays can seed clouds, trigger lightning, and penetrate commercial airplanes. Furthermore, there are studies ( #1, #2, #3, #4) linking cosmic rays with cardiac arrhythmias and sudden cardiac death in the general population. Our latest
(I feel these are the energies and frequencies coming from the Cosmos with codes and signals to upgrade and reconfigure into a new era and if we take the chance when the 'Lock downs' are lifted if at all we can attune to these and be renewed).

measuhttps://www.rt.com/op-ed/484696-eugenics-social-darwinism-coronavirus/?utm_source=Newsletter&utm_medium=Email&utm_campaign=Emailrements show that cosmic rays are intensifying, with an increase of more than 18% since 2015
and this means serious biological damage or upgrades depending on one's take on this.

Be Kind and Well

www.shackisback.blogsspot.com  for some prose, poems, koans and home spun philosophy, musings and topic