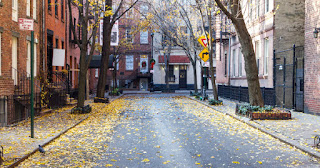 Hello and welcome. You know I am often called a conspiracy person, forensic Freed, too suspicious and so on yet I can only write what I feel and based on science and my own research with a few whistle blowers.

I cannot help wondering whether there is a real plot and plan to this whole Covid debacle; I reiterate from past POSTS; was the chimera pathogen deliberately released from a Pathogen laboratory in Wuhan, China, if so what would it gain? It would give the world New World Order a test time to see how far they could go before mass civil unrest and riots would take place and to see if fines, lock downs, poverty and an already world austerity scenario could be managed with a minimum in the UK police and security personal, they are already recruiting armed forces and police I feel for a failed 'lock down and draconian measures' and the experts writing in protest as below and the muzzling of doctors and nurses in the UK who want to protest and are threatened. The same scenario applies in many countries in fact the World.

Universities and places of learning, schools and so on will be shaped and social engineered which is happening now with the destruction of statues and altering history in curriculum's to suit the New World Despots in Technocracy.
Let me take another view; it was not an intentional leak and caught everyone by surprise and they wish to restore order as per pre COVID however I feel this not possible in the near future and let us say it caught them off guard but afforded them a unique precursor as to future plans that WOULD eventually come into  play; before Covid there was a 'testing' this was because of terrorists, asylum and refugees and of course skirmishes with Al Qaeda, ISIS and so on, 9 / 11, Iraq, Libya, Afghanistan made for the use of facial recognition, biometrics, digital identity card with vaccine and health data such as illnesses, medical conditions and political and religious history and implants all these would be linked to the Smart City; read September 21st 2020 Smart City and Special Update--and Urgent--2 POST  for further details. 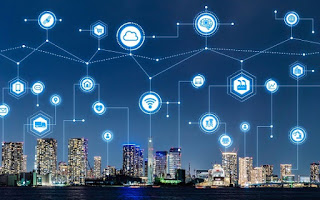 from POSTS above
Lets say for the sake of discussion Covid was an accident, a freak leak, however seized upon as gift for a try out for the future; what of this future?; I feel that with 5G /6G, Smart Meters, multiple antennae and the complete infrastructure down the line, say 2025 there would be a network and we would incarcerated by an invisible digital electronic network, imprisoned by technology and mass surveillance and although vaccinated (for non vaccination would not allow any movement either from home or detention centre)no money only a credit system which is monitored by the Smart City, indeed you are a unit in the Smart Network, not a person, a dehumanised mechanical organ flesh robot and will only last as long as they decide you are too costly and so tranhumanise you.

·    Underlying health conditions like obesity, heart disease and diabetes have emerged as key factors in COVID-19 severity and fatalities. Obesity doubles your risk of being hospitalized for COVID-19 and raises your risk of death anywhere from 3.68 times to 12 times depending on your level of obesity

·    Two-thirds of Mexicans who died from COVID-19 related complications had underlying medical conditions such as obesity, diabetes, hypertension and cardiovascular problems. Officials say dietary changes are necessary to protect youth from developing comorbidities that increase COVID-19 severity and risk of death

·    Research shows that among 18- to 49-year-olds hospitalized due to COVID-19, obesity is the most prevalent underlying condition. Processed foods, junk foods and soft drinks are key culprits in the development of obesity

·    In , town officials have urged residents to “go on a diet because [with] COVID-19, you’re twice as likely to have a poor outcome if you’re obese.” The has also vowed to target obesity as part of the country’s coronavirus prevention strategy by restricting junk food ads

While most mainstream media pundits and American health authorities remain mum about the influence of nutrition and lifestyle on the risks of COVID-19 and its prognosis, more than a dozen states in have decided to combat the pandemic by banning the sale of junk food to minors. 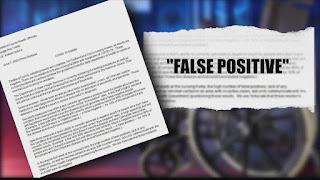 Posted by GEOFF FREED ONLINE at 08:50