Hello and greetings. You know many an expression succinctly depicts and epitomises the essence. I feel the world is going through heartfelt misery, heart broken scenarios, heartache in extreme circumstances, heart to heart loving that is missing, and attacks of the heart, heart searching, deep felt heart sorrow and so on.  If you care to research the http://www.heartmath.org/ and
http://www.heartmath.com/institute-of-heartmath/

Beautiful Heart Production.  7 mins of profound knowledge in simplistic and wise application.
For a scientific appreciation look at
http://www.glcoherence.org/monitoring-system/commentaries.html?mtcCampaign=9228&mtcEmail=13526879
It is long please would you kindly try to read it through.  Thanks a million.

NASA AND CME'S . NO BIOLOGICAL OR CONSEQUENCES
The ongoing display is a result of our planet's response to the interplanetary magnetic field (IMF). For days the IMF has been tipping south, slightly, just enough to open a crack in Earth's magnetosphere. Solar wind leaks in to fuel the auroras.
More Information.
http://www.glcoherence.org/monitoring-system/commentaries.html?mtcCampaign=9228&mtcEmail=13526879

http://www.energygrid.com/destiny/geoff-freed/2010/10.html
The weather solar wise, HSS, CME, flares, Coronal Holes and the like, Gamma Rays, Cosmic Rays all influence behaviour and moods, physical health, New Moon and Full Moon.  All these have influences on Earth Quakes and Climate. Have gone into this in detail in energygrid as above.
Swedish officials bribed--- info whistle blower from Big Pharma.
AMAZING,BRAVE, COURAGEOUS, EXPOSURE IN 7 MINS.

Although we may see an escalating
conflict rising across the face of the
Earth in the days and months to
come, "it is essential to realize that
these external battles are only a
reflection of the conflict that is raging
within the hearts and souls of so
many across the world today.

"In accordance with the universal law
"as above so below, as within so
without", the increasing tensions that
are rising on our global stage are
surfacing in an effort to help us
recognize the conflict that is taking
place in the consciousness of each
one of us.

"Many who are awakening to the truth
that humanity has lost its way. People
from all over the world are beginning to
realize that the race of men is walking
on an unsustainable path and that our
governments, to whom we've entrusted
the care of our planet and its populace,
are willfully destroying the Earth and its
inhabitants in their tireless conquest for
war and wealth.

"However, because we have become so
dependent on the existing system and
structures for our comfort and survival,
many people feel powerless to step off
the path and live a life that is in
alignment with the truth that is growing
in their hearts. For they fear that if they
remove their support from the system
they depend on, the threat to the system
will then result in a threat on their own
survival.

"And so ironically we have a growing
number of people around the world who
are denying the truth of their hearts for
fear of the possible threat it may pose to
their comfort and survival in the present.
While these same people are beginning to
realize that their continuing support of the
existing system along its current path will
at some point in a not too distant future
lead to an inevitable destruction of the
planet..." ( There is a video however, I felt this synopsis by Forbidden Knowledge would suffice). 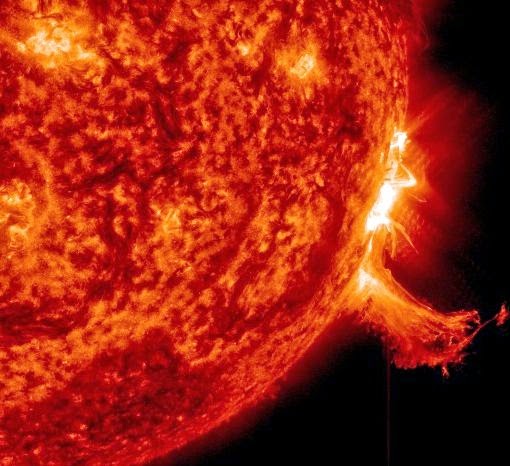 A flash of UV radiation from the flare ionized the top of Earth's atmosphere, briefly disturbing the normal propagation of shortwave and VLF radio signals on the dayside of Earth. Otherwise there should be few Earth-effects from this eruption. Perched on the sun's western limb, the instigating sunspot group is not facing our planet and most of the explosion's debris should sail wide of Earth.


There is a slim chance that a CME emerging from the blast site could deliver a glancing blow to Earth's magnetic field in a few days. To evaluate this possibility, NOAA analysts are looking carefully at coronagraph data from SOHO and STEREO. (Courtesy spaceweather.com)
UFO ATTACKS TRUCK IN STUTTGART, GERMANY. I could not get translation. 2 mins.
May the sun bring you new energy by day, may the moon softly restore you by night, may the rain wash away your worries, may the breeze blow new strength into your being, may you walk gently thorugh the world and know it's beauty all the days of your life.” ― Apache Blessing #Native American
BE WELL. GEOFF 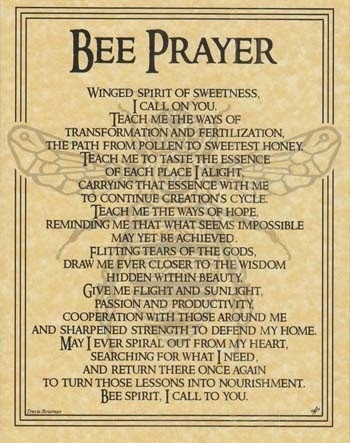 Posted by GEOFF FREED ONLINE at 02:11