Hi I am posting this early because I feel it is important. You might wonder what the three videos below have in common, I will endeavor to explain.
BEINGS OF RESONANCE    1 hr  30 mins
This is an extremely important video, it was made in 2013 but perhaps you can now see the effects now. For your children's sake and future generations.
Did the Earth's frequency double.  8 mins
Do not be put off by Dr Tarrin's appearance or manner.  8 mins
What is the Mandela effect. 10 mins
This is a very good site in my view.

I trust you will stay with me while I go back to some of my earlier research.  When in 1967 I got the writings and I started to do workshops all over Europe and Canada with some prestigious places like the FAO UN in Rome and the EU Brussels and various Universities I met many scientists, politicians, lawyers, public figures, actors, astronauts and many brilliant so called ordinary people who were not ordinary at all, and as a therapist and forensic technician more as well with law enforcement, crime solving and so on.  Where to start is the conundrum. 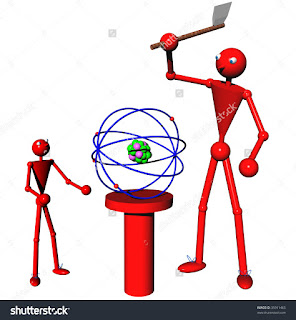 courtesy shuttercock
My late cousin Professor Cyril Woolf (pictures in the Grid and this site) worked with a team that set up the first atom bomb explosion tests which the lead scientist was Oppenheimer;
Julius Robert Oppenheimer[note 1] (April 22, 1904 – February 18, 1967) was an American theoretical physicist and professor of physics at the University of California, Berkeley. As the wartime head of the Los Alamos Laboratory, Oppenheimer is among those who are called the "father of the atomic bomb" for their role in the Manhattan Project, the World War II project that developed the first nuclear weapons used in the atomic bombings of Hiroshima and Nagasaki. The first atomic bomb was detonated on July 16, 1945, in the Trinity test in New Mexico; Oppenheimer remarked later that it brought to mind words from the Bhagavad Gita: "Now I am become Death, the destroyer of worlds."[2][note 2]((courtesy wikipedia)
As you see he studied the Gita and did meditation and Yoga as did Cyril. In my conversations with Cyril some years after the explosion and both had seen the terrifying results of their work, both tried to distance themselves from it.
Cyril said he believed as many scientists he knew in a multidimensional Universe and that this explosion had 'split the veil', it would now be possible in the future to go into these dimensions.  The Bermuda Triangle is one of many natural portals to do so.  The bomb was man made and unnatural. 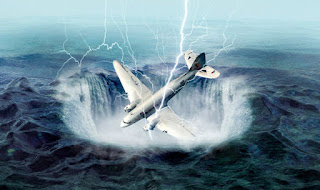 courtesy  daily express
Electronic smog / fog as in the top video disorientates some people and messes up their perception a big contributory in the Mandela Effect plus 'Fake News' some much in the news these days, and if one takes chemtrails, fluoride added to water, GM foods, additives and preservatives, TV and Cell / mobile phones plus the extra Cosmic Rays(see spaceweather.com or search panel) at this time at a higher intensity at any other low sun 11 year out put and the New energies of the shift, plus what CERN is doing to access wormholes or make them, then you have a lot to contend with to say the least. 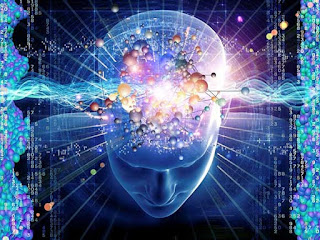 Courtesy  blog world mysteries
http://www.edgarcayce.org/the-readings/akashic-records
I know them as the Akashvic Records a good description as in the link.
https://pparihar.com/2016/02/03/akashic-records/
These are mentioned in the Srimad Bhagvad Gita and were explored by many scientists and by the splitting of the dimensions or creating portals / doorways / wormholes / stargates/ black holes by nuclear interventions then some sensitive people or those drug crazed may have access to Soul Memory of the Universal History, also rebirth and incarnations that drip and leak through.
It is my contention that the energies of the shift(see www.energygrid.com  menu futurity and click go to my blog and last four blogs in January 2013) that the technological electronics with out proper control either by greed or design in order to thwart the shift and cause madness and illness so that either unfriendly ET or the elite Illuminati so called want the world for themselves and enslave or crop and cull the masses, and delay or stop the shift. 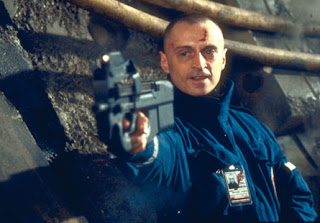 Courtesy bond007. pl
Fromm the film 'the world is not enough'
The world is not enough and now there are bases and battles on Mars and the Moon(see Camelot interviews --Kerrie Cassidy and Bill Ryan---the secret space programme's---Ben Rich ------Sir Paul Heller and  The UFO story May 2005 in the Grid).
There is evidence that we are mutating a  which is part of the shift to have a binaural brain the brain having the left and right 'side' to combine and end the schism of duality and ET  brain(see January 2013 in the Grid, see more bodily changes and so on )
I feel meditation can assist with the focusing of the mind and sharpen one's natural awareness in or to enable one to discern the Mandela effect and to see one safely though any splits, portals, stargate safely and return with clarity and into the 'emptiness' of purity and sanity----what is sanity-----to be aware of oneself in the inner peace and feel the alignment and oneness with the Universe.

Courtesy www.pinterest.com
In my view there is one reality and that is the awareness of presence, a stateless state, a dynamic awareness all pervading that is the backdrop, the canvas in which creation appears, all else is a flashing hologram and meant to lure one away from reality.

Be Well.
Geoff
Two more shackisback.blogspot.com will be posted
Please remember to use the address bar and not the search engine. address bar at top of screen on desk tops. Apologies to computer familiar users.
Posted by GEOFF FREED ONLINE at 04:43