Hello again. By now the whole world would have seen the interview and by now there are some who feel it is implausible and lies and others that feel they are being truthful. My feeling is that they may have been set up as fall guys.

Hypothetically speaking the British authorities could well have been on the lookout for Russian Tourists and then plant the stuff and it could have been some other Russian or East European.

If you go back to Post 354 A two things stand out; there was mention of their hotel room having traces of a substance and do not think it is pure novichok as they would not have survived, I feel dear Dawn was exposed to an agent and because of her addiction and probably health problems she succumbed. However although they are decontaminating the Skripal's house there is no mention of the Hotel as yet being closed down or decontaminated. Then there is discrepancy over the packaged perfume bottle;some say it was packaged and had to be ripped open as if new and others say it had a special nozzle and was partly opened.  See the interview with Charley Rowley, also his brother often tells another story.

Go back to George Galloway's interview; why were the phones off for four hours and the time line does not add up. If the smearing of the door handle was at 11.00 am  and Skripal's were found at 12.00 or so on the park bench and the time they got them to the hospital they would have been dead with pure novichok.

Going back to POST 352  A Special and POST 349 A you will see in the former POST mentioned that Boris Johnson lied about the scientist or was he forewarned and let it slip and Porton Down is the supplier and MI5 / MI6 got their 'dirty works team' probably highly trained military assassins who like the chemtrail pilots have lost the moral compass and in this case did or whoever else might have done a really amateurish job and full of holes and flaws.

When I was set up some years back and went to court the first thing I did with my solicitor was go over the route mark the points of accusations and measure the distances and above all THE TIME LINES.  I was absolutely cleared.

Now I  am suspicious of the OPCW, firstly they have never provided Russia with a full report or sample of the substance and the Swiss first class laboratory who are one of the four sent samples said it was not Novichok, no comment was made. What's more they wanted to make the OPCW non independent and able to award blame, so far it has been rejected of course the USA is pushing for it like mad as is the UK.


Full Skripal case interview. 28 mins
Read the comments by many below the video in the comments section----interesting


Any attack on Syria’s Idlib province is going to be “dealt with,” US ambassador to the UN Nikki Haley warned, as Washington seeks to stop the Russian-backed Syrian army from retaking the last remaining jihadist stronghold.
The US has struck Syria twice after claims of chemical weapons use by the government in Damascus, Haley said on Wednesday in a Fox News interview.
“Don’t test us again,” she said, addressing the Syrian government and its allies Russia and Iran.

“Any offensive on the civilian people in Idlib was going to be dealt with,” Haley told Fox News’ Bret Baier.Washington and its allies have also warned Syria that they will act not just in case of chemical weapons being used, but against any attack on the province, the US envoy to the UN said.
Russian warning of rebel chemical attacks and ignored
Idlib is the last remaining stronghold of various jihadist groups that once sought to overthrow the government of President Bashar Assad, with support from the US, Turkey, Saudi Arabia and other regional powers. The most powerful of these groups is Hayat Tahrir al-Sham (HTS), formerly known as Jabhat al-Nusra; it is an affiliate of Al-Qaeda, the terrorist organization the US holds responsible for the 9/11 terrorist attacks in 2001. The article goes on to say that even a hint or a surmise of an attack by Syria with chemicals is enough and backed up by Russia.

Not only is this a breach of human rights and to go even further on another subject the UN warned we are causing mass harm to children with austerity measures and the lack of decent home and huge homelessness. I shudder to think what will happen after Brexit regarding human rights, political correctness, working conditions, safety of nature and the environment and food standards. I feel the food will be cheap imported GMO stuff and with bulk surveillance as above we will be under the hand of a cruel government and any views other than the governments policy will be branded like RT as dissident and the 'hawks of justice' will bear down on those who beg to differ.  Vaccines and flu injections forced to be taken. The judiciary even more influenced by politics and the police will get brutal.

Big Brother and then some.
SO IF ANY WHITE HELMETS STUFF COMES UP ITS FAKE AND IF THE WARNING BY RUSSIA ABOUT OTHER CHEMICAL ATTACKS ARE IMMINENT YOU CAN SEE HOW THE UK AND THE USA WILL BRING IN BOMBS AND SO ON.
Should conclusive evidence be brought that it was Russian poisoning then I will be relieved and they should be brought to justice and condemned world wide . I only do this because I was trained in detection and forensics and if any other country does this including my beloved UK then justice must stand.

'T' Branch, investigating Irish terrorism,  the international counter-terrorist division, known as 'G Branch'.[citation needed]
counter-subversion department, officially known as 'F2'.[4]
these ARE NOT TOP SECRET but can be found in Wikipedia.

Like every other secret service there are departments and sub departments so one can  be an expert in any one of them and dploy to 'contractors' ' middle men ' and so on
often having links to the Mafia and criminal underworld and having paid informers and it is all in the shadow world. There is not so much of James Bond but it does happen
especially in the USA and more politely British in the UK.

Here we go again.  I have reported this below so many times.
This could have been avoided in the first place by sending Russia the sample of the alleged Novichok and let Russia be in on the investigations. They have a right to be included if accused.
It smells of a cover up if the prosecution will not let you defend yourself.

A spokesperson for the Swiss Federal Intelligence Service (NDB) told The Independent that authorities “are aware of the case of Russian spies discovered in and expelled from the same place”.
“The Swiss Federal Intelligence Service (FIS) participated actively in this operation together with its Dutch and British partners,” she added. ”The FIS has thus contributed to the prevention of illegal actions against a critical [part of] Swiss infrastructure.”
Officials at the Spiez Laboratory said it had also been targeted with cyber attacks, including a fake conference invitation that contained malicious software.
The spies, who were allegedly found with espionage equipment that could be used to spy on the laboratory, were sent back to and have not been prosecuted.
Spiez became the centre of conspiracy theories spread by Russian state media earlier this year, which falsely claimed precursor agents for BZ rather than novichok were found in the Skripal samples.


Foreign minister Sergei Lavrov used the claims to turn fire on by accusing it of producing BZ and violating the chemical weapons convention.
The latest saga is that the two suspects only got
their passports in 2009 and that is because they
joined the Secret  Service the GRU and that they  are
spies and agents and false names.  You know this is going to go on
forever and the end there is a ping pong match going on
No matter what comes up next I am sick and tired of the
whole mess and I guess that is to make one feel like this
and give up-----and from the SHACK below I feel I bow out
of this whole sordid affair---I still feel Russia is not the culprit
and this is a home job to make a smokescreen for Brexit
and how us Brits are going to be hit financially,human rights,
Bad food and water, huge austerity, climate
destruction and nature through Fracking and so on
Surveillance and false prosecutions through a
purge of anyone daring to voice an alternative
opinion and our children being polluted with a one
mind view and dogma, racial hatred and
a fascist state.  Its good to have
a blame factor, all failings no matter what
it's Russia, Iran, Syria, Assad, the late
Osama bin Lidan, Saddam Husein, Putin,
Colonel Gadahfi , and all else.
9 /11 was a home job and it was a smokescreen to
cause a middle east collapse and bring in the one
world government the only thing that
stands in its way ---you guess it is Russia as seen
to be weaker than China and yet they are
closer than ever and now BRICS as mentioned way back
along with Iran and possibly Turkey.
This is all about power and wealth and the threat
to the Petro Dollar. 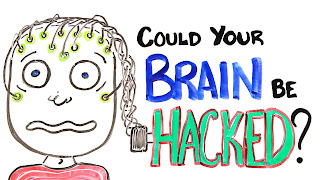 When you realise you were brain washed it might be the first time you really had free thought and be a free being.


There maybe nothing to relate too but once over the strangeness of being empty, there is a place.

One is not hairy, scary, unkempt, unwashed drop out, off ‘worlder’, weirdo, gibbering, slobbering and wild impulsive madman just acting on wild impulsive bursts of unleashed lust and destruction, but one finds a compassion, a gentle soft yet strangely strong mind that is free of emotional turmoil and crazy ‘ghetto blaster radio’ noisy intrusive thoughts and urges that can tear one apart.

One becomes a human being and not a robotic auto- man carrying on historic repeats, a reincarnated mind set that is set free and lovingly placed in the world as a harmonious, harmless being, not to be mistaken for a weak being sitting on the fence but a champion for peace and compassion.

Posted by GEOFF FREED ONLINE at 05:14