Hello  You know folks the confusion, denial and corruption is amazing not only in the of world politics but now getting into everyday relationships.  You could say TV and the media such as Facebook, Twitter and the like along with videos and newspapers spread this instantly around the world, a sort of mind impact agreement that cements itself by repetition  in the mind as a reality. Then the confusion of a different belief and view as depicted below----which view is correct, authentic and real---even trusted sources are confused and whilst the confusion reigns a vacuum is set up and unhealthy 'I don't know' at this point it is easy to pull out, get distracted in mind fading and burying one's head in the sand, getting stoned or just switching off, no blame here just it gets too much and overwhelming one can feel undone and who do I get the right stuff from? 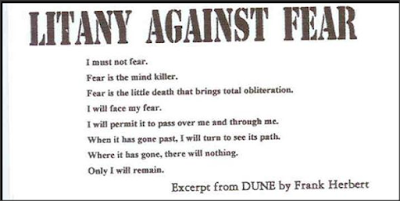 Courtesy somathread-ning
Usually this falls back on one's culture, religion and brain washed upbringing, which we feel we are not brain washed, its normal to be in the culture and religion I am in, yes and when one realises that there are many cultures and religions and one can question if allowed and open minded enough to swap and go to another does  this help, one just swaps brain washing for another---the new smart laundry mind cleaner for another----what happened to the foetus and the babe before it was mind pumped full of tradition and loads of genetic karma-----the old Zen Koan 'show me your face before you were born'  Welcome to deception and untruth and by the way trust you are well and thriving.
https://articles.mercola.com/sites/articles/archive/2018/09/08/health-effects-of-glyphosate-exposure.aspx?utm_source=dnl&utm_medium=email&utm_content=art1&utm_campaig

In the link above you will see the lies and corruption of multinationals and is shocking too that they will fight knowing that they are making people sick and that a national watchdog is complicit with them.  Truly the threats against the officials who may be genuine force them to to comply. The real culprits are those behind the veil of decency.
The video goes into much the same, there is a movement to search to vaccine lies, this has been tried many times but this is massive and has world wide implications and more than one deep state multinational involved and there are genuine vaccines that do not have the thirty two adjutants in them, the harmful ones affect the brain and vital organs in long term so that sickness is then the norm and dysfunctional performances follow, what about the morals and humanity of chemtrail pilots and a directives. See POST 345 SINISTER---NO chemtrails look at the law in that POST.
Amazing
Probably by now many of you have read the shocking tragic videos and reports on 9 / 11 and the A and E (Architects and Engineers for 9 /11 who have a wonderful site and have reams of data also including Pilots and Firemen for 9/ 11)
More amazing information that is not generally known with witnesses.

There is so much more, this is the mere tip of the iceberg.
In back POSTS you can find I did my own armchair 'forensic' work as it were  and it is now born out in the following three videos.
The utter incongruence's is astounding.
Annie is an ex MI5 intelligence officer who some time back was in trouble with the UK
I have a great deal of respect for her and her whistle blowing and knowledge.
Dear George hits some very hard nails on the case.
Now you see it's not just the USA and 9/ 11 and the countless lies about Syria, Iraq, Afghanistan and Libya and now Iran and you can see how the deep state, elite, bilderbergs, illuminati, multinationals or serpent ET or whatever, are like an international conspiracy of lies of people who have no morals, decency or etiquette. There are innocent people so called who are threatened with torture, death of their families and themselves who go along with by fear and believe me I do not blame them I wonder what I would do in their place.
You may like to look at back POST's A / B / C with 352 A.
In the UK George Galloway in the video above and RT the TV station are constantly attacked because they state what many people think and feel and present facts which one can check. For instance the poison used and research will uncover some amazing facts and so on.
Perhaps the facts are so manipulated that many folk are actually either giving in---what can we do or just -----subdued, so are we being numbed by frustration  or are we awakening. Many of the people I know of and speak to casually are either being aggressive to me as I present facts and they merely as so many just swat it away perhaps because of fear that their world of the known is fading fast and there doesn't seem to be an alternative.

Annie Machon (born 1968) is a former MI5 intelligence officer who left the Service at the same time as David Shayler, her partner at the time.

The daughter of a pilot turned Guernsey newspaper editor, Machon attended a private school and then read Classics at Girton College, Cambridge.[1][2] After her graduation, Machon began a career working for a minor publisher.[3]
In 1991, Machon sat a Foreign Office examination to become a diplomat, but was recruited by MI5 where she was posted to their counter-subversion department, officially known as 'F2'.[4]
It was there she met Shayler, two months after joining the service. Looking for left-wing subversives, she told Stuart Jeffries of The Guardian in 2000, they failed to locate any and began to become dispirited. They prepared summaries from files on anyone standing in the 1992 general election, but both came to feel it was inappropriate work.[5]
She then spent two years working in 'T' Branch, investigating Irish terrorism, before being re-posted to the international counter-terrorist division, known as 'G Branch'.[citation needed ( Courtesy Wikipedia)

Further speculation and following Annie's line; MI6 or any other branches handling the Mr Skripal were not very vigilant or maybe it was a snare, to let these two allegedly Russian assassins in or whoever they are so that they can see if the former spy is active and or they want to see who will contact him.  He may have still been a spy and a what is known as a  chameleon and a spy paid to spy on any one or state.  He may also have gone rogue and so was bumped off by his handler (not her specifically but by the 'drop off squad'.
I feel he was a sprat to catch a mackerel.  He probably got himself in to deep.
Another line is he may still have been a Russian super spy and bluffed his way out in the exchange as a traitor and yet still have been a 'sleeper' (sleeping cells) I feel we will know eventually as the Skripal's have been hidden away by the UK because they are the only one's who know the story and this means because the UK refuse to let Russia know anything at all they convict themselves by their silence and the refusal to let their family or any  Russian representative visit them in hospital or afterwards.
This addendum only goes to show how many aspects of inquiry that one has to go through and the possibilities involved in the security services job and with digital-isation  it gets even more complicated, truly a web of counter intelligence up web's of deceit and the truth some far off nebulous affair.

Posted by GEOFF FREED ONLINE at 04:45