POST 392 J IS THIS THE TIP OF THE ICEBERG

Hello and welcome to 'J' the tenth in the series of POSTS  392. I am speculating and hoping my feelings about this below is not going to become the standard for the world and the greedy technocrats who make data the new currency.
THE LAST POST 392 'I' GOT RECORD VIEWS---THANK YOU THIS WAS ABOUT AN INTERVIEW WITH A WORLD LEADING EXPERT ON BIOLOGICAL VIRAL LEAKS.
God forbid that this virus was intentional, although reading 392 'I' just a few days ago I have my doubts and reservations.

Is 5G and the internet of everything and everybody the real plan along with the Virus if it was intentional it is just the excuse to bring total and utter surveillance and make the ultimate dystopian dream of world domination become real and here now and right in your face?
If it was not intentional it is a great coincidence and synchronise event which has fortuitously played into the hands of the technocrats / elite / deep state / Bilderbergs / illuminati or who ever or whatever. 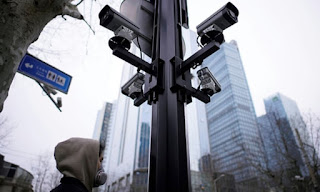 The new normal': 's excessive coronavirus public monitoring could be here to stay


Over the last two months, Chinese citizens have had to adjust to a new level of government intrusion.
Getting into one’s apartment compound or workplace requires scanning a QR code, writing down one’s name and ID number, temperature and recent travel history. Telecom operators track people’s movements while social media platforms like WeChat and Weibo have hotlines for people to report others who may be sick. Some cities are offering people rewards for informing on sick neighbours.
Chinese companies are meanwhile rolling out facial recognition technology that can detect elevated temperatures in a crowd or flag citizens not wearing a face mask. A range of apps use the personal health information of citizens to alert others of their proximity to infected patients or whether they have been in close contact.
State authorities, in addition to locking down entire cities, have implemented a myriad of security measures in the name of containing the coronavirus outbreak. From top officials to local community workers, those enforcing the rules repeat the same refrain: this is an “extraordinary time” feichang shiqi, requiring extraordinary measures.
As the number of new infections in China falls, having infected more than 80,000 and killed more than 3,000, residents and observers question how much of these new measures are here to stay.

Read more
“I don’t know what will happen when the epidemic is over. I don’t dare imagine it,” said Chen Weiyu, 23, who works in . Every day when Chen goes to work, she has to submit a daily health check to her company, as well as scan a QR code and register in order to enter the office park.

“Monitoring is already everywhere. The epidemic has just made that monitoring, which we don’t normally see during ordinary times, more obvious,” she said.
Others are more emphatic about the future. Wang Aizhong, an activist based in , said: “This epidemic undoubtedly provides more reason for the government to surveil the public. I don’t think authorities will rule out keeping this up after the outbreak.”
“When we go out or stay in a hotel, we can feel a pair of eyes looking at us at any time. We are completely exposed to the monitoring of the government,” he said.
Experts say the virus, which emerged in in December, has given authorities a pretext for accelerating the mass collection of personal data to track citizens, a dangerous prospect given that the country does not have stringent laws governing personal data.
“It’s mission creep,” said Maya Wang, senior researcher for Human Rights Watch. According to Wang, the virus is likely to be a catalyst for a further expansion of the surveillance regime, as major events like the 2008 Olympics held in Beijing or the Shanghai Expo in 2010 were. “The techniques of mass surveillance became more permanent after these events,” she said.
“With the coronavirus outbreak the idea of risk scoring and restrictions on movement quickly became reality,” she said. “Over time we see more and more intrusive use of technology and less ability of people to push back.”
Many Chinese residents see the extra layers of public monitoring as additional bureaucratic hurdles, more frustrating than sinister, that further demonstrate the government’s ineffectiveness in handling the outbreak.
’s surveillance dragnet, while proudly promoted by officials, is full of loopholes. An ex-inmate infected with the virus managed to travel from to last month, well after quarantine measures had gone into effect, prompting widespread criticism over how she left.
Citizens are particularly critical of a system called Health Code, which users can sign up for through Alipay or WeChat, that assigns individuals one of three colour codes based on their travel history, time spent in outbreak hotspots and exposure to potential carriers of the virus. The software, used in more than 100 cities, will soon allow people to check the colours of other residents when their ID numbers are entered.
One resident complained on Weibo that he had driven through without stopping but his colour code changed to yellow from green, indicating he would need to be quarantined. “I can’t even go out to buy bread or water,” another in province said, after his code inexplicably changed to yellow following a work trip.
Many described the app as “for appearances,” or xingshi zhuyi, a way for lower level officials to impress their higher ups with added strictures on citizens.
“I have a health code, a pass for my residential compound, and another certificate of health and still I can’t get into my home,” one commentator said. “This is garbage. Please release us regular people,” another said.

Read more
Low-tech security measures have been employed as much as high-tech ones. An army of workers guard entry points to public spaces, ordering pedestrians to log their information or questioning residents about their recent movements. Religious sites like mosques have been closed. Many cities and counties have banned group gatherings, including small dinner parties.

In February, province officials broke up a group playing mahjong party and forced the participants to read out an apology, captured on video. “We were wrong. We promise there will not be a next time and we will also monitor others,” the group of 10 men said, heads slightly bowed.
Other videos posted online have shown local officials pushing residents to the ground for not wearing a face mask or tying a man to a pole. Local law enforcement in were recently fired after a video of them beating a man for selling vegetables on the street was posted online.
An article by the official state news agency Xinhua last week reminded citizens that those who violate virus prevention and control measures could be subject to three years in prison, and up to seven for particularly serious cases, as outlined in ’s criminal code.

Read more
“Intrusive surveillance is already the ‘new normal’. The question for is what, if any, is a level of surveillance that the population refuses to tolerate,” said Stuart Hargreaves, an associate professor at of ’s law school, focusing on privacy and information law.

Some worry current measures will continue in part because citizens are growing accustomed to them. Alex Zhang, 28, who lives in , refers to Italian philosopher Giorgio Agamben’s theory on the state of exception, and how measures taken during a state of emergency can be prolonged.
“This type of governance and thinking for dealing with the epidemic can also be used for other issues - like the media, citizen journalists or ethnic conflicts. Because this method has been used before, citizens will accept it. It becomes normal,” he said.
Additional reporting by Lillian Yang 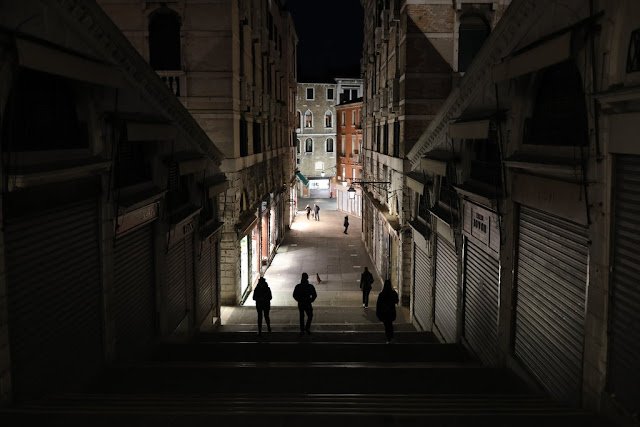 https://www.nytimes.com/2020/03/09/world/europe/italy-lockdown-coronavirus.html
I have heard and read that travel papers are required to travel around Italy and maybe Smart Cities and Towns as in China will persuade Italy and others to follow suite and of course the good old sales point as an agent against extremism , terrorism and climate, energy, GMO, Chemtrail activists activities, they claim the Chin's facial recognition technology can see through masks--- way to go eh!!?

I am repeating the James Corbett video below as I feel his reporting is very factual and if you see his site it is always backed by solid fact and his delivery is concise and clear.

Dragnet 5G
Just listen to the opening words in the above video 'everything can be connected' so if facial recognition, CCTV cameras, digital appliances, all and everything connected which is humanity's attempt to be like the Cosmos all connected and most of all in humanity's version 'NO FREE WILL' as in the video your Smart Meter the key to the net of everything will feed information of your 'floor tiles, your cosmetics, your eating habits, your toiletries, your sexual interplay, you may think I am exaggerating well you have it nearly here in China and the UK proposes draconian surveillance and so the sales pitch is set=====then those that say ' I have nothing to hide so what if they want to voyeurs and watch me pee and have sex, well let them'.
China's social credit system
So if you don't care the system will take over as you see from above your behaviour will cost you and everyone's choice is eroded (take North Korea and it's mass conformity and fear) and gradually after realising it is useless to protest and one's anger and sense of injustice wears thin and tiredness and feeling helpless, depressed and futile one gives in, perhaps reluctantly and one may realise that 'they' have the army, the ways and means, the surveillance and so we looked at science fiction films and thought this can never happen, the virus escape films, this can never happen well it is and we are in it now. 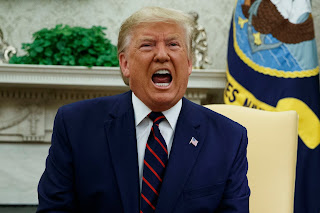 Courtesy Deadline
Perhaps someone in the Trump administration (maybe Bolt or Pompeo) might see the advantage of the Chinese system of credits and President Trump's ethnic and immigration control that this can facilitate this without personal and let a Robot with Algorithms all money saving and yet more unemployment as I understand it the Silicon Alley Boffins Technocrats are salivating over the prospects of more high tech stuff and as for Elon Musk and co, glory be hallelujah.
Hey President why not use a 5G wall instead of a solid one, its cheaper. Maybe some future President or world leader may just build these electronic walls=====they have already in China.

On a very conspiratorial tract I hope this is not the 'survival of the fittest' and the culling of weak and disadvantaged with an eye to the Super World Eugenics Agenda.

It could be the early days of this and again the 5G Internet of everybody and thing and Smart Meters and Smart Zones, Cities, districts and town and eventually countries in a world wide net of Everything and Everybody. 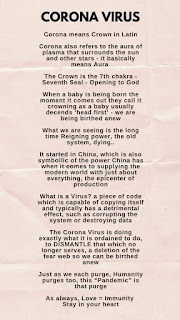 Posted by GEOFF FREED ONLINE at 06:57