Greetings There was a song sometime back with the title 'where do I begin', it was sung by Andy Williams a popular American vocalist and although I usually include the lyrics for this the POST the title will suffice. 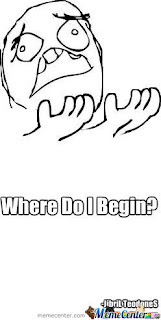 Courtesy Meme Center
There is so much change and mind boggling things; the new technologies (just some in back POSTS), transhumanism, eugenics, robotics, cyborg and huge climate change which is partly human made and a large natural  cycle, either way it is devastating and we must do our bit to curtail our portion. Then there are Chemtrails, massive weather machines that affect space and us such as HAARP then we see the vaccine scam, GMO foods, additives, preservatives and the censoring of any other opinion than that of the governments which basically is brain washing and social engineering and so much more. 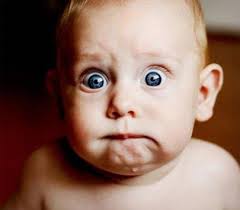 Courtesy  Faith Sigh, and DIY
The image above may depict the turmoil and seemingly incessant change and some things are so rapid that it can escape ones attention and even be a source of stress if one cannot keep up and feels left behind the fashion or know how. OF course now 5G and the internet of everything will speed this up and the development of more efficient fibre optics which make 5G appear slow, so why 5G --it really is a surveillance and weapons facility.
In the video above there is this race to the Moon and Mars and this time the space race is between companies not as before between USA and Russia. I have information there are bases on the Moon and Mars which are Military and now the urge to make money and civilian inclusion. Information on the Space Fleet can be found in very reputable sites before they are taken down, Some of these sites may have new life if Elon Musk's satellite gets gong all this and more above.
This lovely awake and intelligent Professor explains the capitalistic society and surveillance and really has a very awake and intuitive finger on the pulse and the surveillance and social engineering by Amazon and the like.

https://www.reuters.com/article/us-davos-meeting-trust-idUSKBN
1ZJ0CW
Much the same as above; - A majority of people around the world believe capitalism in its current form is doing more harm than good, a survey found ahead of this week’s Davos meeting of business and political leaders.(Quote from article). Davos has now gone by but an interesting read

Incredible
At this time of POSTING I have not much information of their agenda, however if they have included 'Robotisation'? President Trump gave a glowing report of how America's employment rate, African American, Hispanic American, Youth, Student and Economy is thriving, some do not agree with him, he did this in a off record You Tube captured report as above. 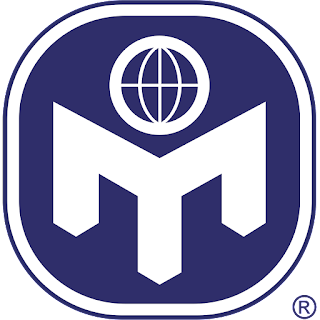 Malaysian tot Muhammad Haryz Nadzim, who lives in the , was invited to join British Mensa after meeting with a psychologist and scoring 142 on the Stanford-Binet IQ test, placing him in the 99.7th percentile, his mom, Nur Anira Asyikin told CNN.20 hours ago

Alannah George made history last month as the second youngest child to be admitted into the ’s highly regarded Mensa society. The 4-year-old’s entry into the renowned organization comes after she was named a genius of “superior general intelligence” with a 140 IQ score, The Daily Mail reports.
In numerous back POSTS I reported of some extraordinary children not with just IQ's above average and in Mensa but other  powers. To give but one example;
Ben without eyes. There is a man in Holland who uses his walking stick as radar.
Chinese boy who can see at night with .cat eyes' and other who quick read and so on.
In my '1967' writings which fuels all I do and can be found in synopsis in; http://geofffreedarchive.blogspot.com which I managed to retrieve from the late energygrid magazine of which I was a contributor, the writing in blogs were printed out from 2005 till 2013. It is a shame that all the images are not there and some videos with other 'sensitive ' articles were taken down but the bulk of it is there.
I mention in these writings that we are upgrading, re-configuring and our DNA is gradually and in some cases leaping to a New Race being born to the opposite of Technocracy and all that sails with it. I feel the technocrats are aware of this and will try to stall its progress.
Let us hope that Mohammed and Alannah do not get poisoned with vaccines, GMO food, chemtrails and 5G brain damage or any other  EMF exposure and let us hope they are not seduced only by technology and wealth and have the wisdom to balance it.
We are on our journey to claim our heritage as Light Beings joining in the the family of ET, Inter-dimensional beings, Angels and the like. Of course sceptics and egoists will not like to be one family and think they have. Other than their say or opinions, they are not willing to have shared consensus. 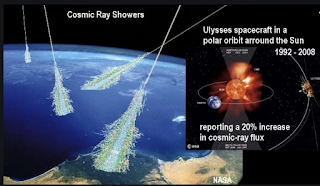 Courtesy GWPF
https://spaceweatherarchive.com/2019/10/03/cosmic-rays-are-nearing-a-space-age-maximum
Part of the new frequencies are coming mainly from the Centre of the Milky Way Portal and the Solar System travelling in spiral orbits to be exposed to new frequencies and upgrades as it passes vast energies and intergalactic bodies.
Even the relatively small Cosmic Rays as above (see back POSTS and many spaceweather.com (scroll down to end) Posts you will see the effects on our biology.

Courtesy Hyperphysics
In the '1967' writings it mentions the increase or incremental processes and that the 'Rays' are carrier waves for signals that trigger off the so called 'junk DNA' to activate new sequences and the emptier the mind is of personal agenda and in deep meditation the upgrade codes can be installed in the energy field matrix and matrices. Our personal hang ups and fears just make the energies be on hold and can overload one's nervous system as toxins when they are actually advantageous. When one does upload and activate it can produce symptoms of which I have POSTED many feel so fearful and shocked and when examined found to be perfectly OK, however  do check with your health professional.
To check on carrier waves look into diagrams on Radio Broadcasting.


A beautiful video
Two beautiful videos by Carl Sagan
Carl Edward Sagan (/ˈseɪɡən/; – ) was an American astronomer, cosmologist, astrophysicist, astrobiologist, author, science popularizer, and science communicator in astronomy and other natural sciences. He is best known as a science popularizer and communicator.
Somewhere, something incredible is waiting to be known.
For small creatures such as we the vastness is bearable only through love.
We're made of star stuff. We are a way for the cosmos to know itself.
When I researched my ET 'stuff' and gave various explanations regarding ET interference in our DNA and the Garden of Eden I espoused that the Tree Of Life was the Human Genome, that Adam and Eve were primitive human life forms and that ET gave them a chemical or DNA upgrade by some means vis-a -vis the apple and the Snake was the DNA double helix, then of course the bible edition. 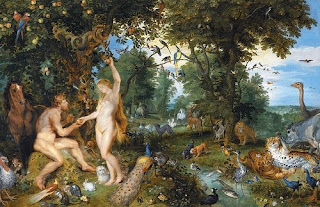 Courtesy  Ancient History Encyclopedia
However way back then when I sounded forth on this chemistry and ET was fashionable and then things moved onto energy and Quantum anomalies which suggested that waves and information, energies and frequencies are carriers of informed intelligent signalling and so on.
The next tentative step in some remote parts of academia was that consciousness was and is the forerunner of all creation as I have championed over and over again and that the mass extinctions were increments of rungs of the ladder of evolution and intelligent design, so that consciousness was ready for the next step and the prototype life form had reached its sell by date and a new upgraded reconfigured human form and natural forms of nature and even topography and geological aspects such as tectonic plates, earthquakes and such were also due for upgrades. 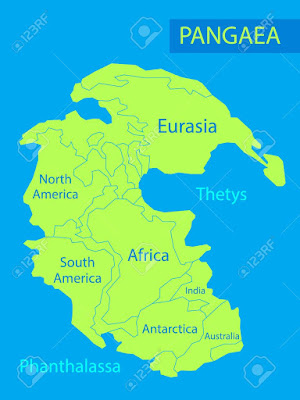 Some folk may have heard of the discussions and sometimes vehement comments that have and are still very much to the fore between 'Darwinism' and 'Intelligent Design'.  You may want to research into it.
I was caught up in this when I was 19 years of age in University, thrown out of Academia, did an apprenticeship as an electrician and qualified as a 'sparks'(colloquialism for an Electrician) and through circumstances got into Forensics and then into Uni again to qualify for a PH.D which again was stripped from me because of the Intelligent Design stuff, however I was recognised by many as qualified.

SHOULD YOU WISH TO GO FURTHER THERE IS A
GOOD READ

'SIGNATURE IN THE CELL---DNA AND THE EVIDENCE FOR INTELLIGENT DESIGN'

The stream of knowledge is heading towards a non-mechanical reality; the Universe begins to look more like a great thought than like a great machine. Mind no longer appears to be an accidental intruder into the realm of matter... we ought rather hail it as the creator and governor of the realm of matter.
— James Jeans in The Mysterious Universe, [14]

What remains is in any case very different from the full-blooded matter and the forbidding materialism of the Victorian scientist. His objective and material universe is proved to consist of little more than constructs of our own minds. To this extent, then, modern physics has moved in the direction of philosophic idealism. Mind and matter, if not proved to be of similar nature, are at least found to be ingredients of one single system. There is no longer room for the kind of dualism which has haunted philosophy since the days of Descartes.
— James Jeans, addressing the British Association in 1934, recorded in Physics and Philosophy, [15]

Finite picture whose dimensions are a certain amount of space and a certain amount of time; the protons and electrons are the streaks of paint which define the picture against its space-time background. Traveling as far back in time as we can, brings us not to the creation of the picture, but to its edge; the creation of the picture lies as much outside the picture as the artist is outside his canvas. On this view, discussing the creation of the universe in terms of time and space is like trying to discover the artist and the action of painting, by going to the edge of the canvas. This brings us very near to those philosophical systems which regard the universe as a thought in the mind of its Creator, thereby reducing all discussion of material creation to futility.
— James Jeans in The Universe Around Us, [16]    (Courtesy Wikipedia)

Abiogenesis ---in which life arises from non living matter.


Abiogenesis, or informally the origin of life,[3][4][5][a] is the natural process by which life has arisen from non-living matter, such as simple organic compounds.[6][4][7][8] While the d(more in the film and book above (COURTESY WIKIPEDIA)

If this disturbs you then think about  AI, 5G AND THE INTERNET OF EVERYTHING, EUGENICS, TRANSHUMANISM, CYBORGS, CHEMTRAILS AND ALL OF THE 392 SERIES---IN SHORT TECHNOCRACY.

This will open your eyes and well !!!?

After the heaviness of  war, conspiracy---one of my favourite relaxing and healing choices.

Shack is one of my nicknames and I write about life, home spun philosophy and so on.

Posted by GEOFF FREED ONLINE at 07:50