A 1984 STORY WITH A TWIST by Robert Redfern

I rarely devote a POST to someone else and to make it clear I do not get donations or money from any of my POST'S but occasionally I feel it is justified to devote the  POST and I feel this one is, I have added a couple of links to illustrate the 'Story'. I have no connection with Robert and do not know him or have spoken to him nor emailed. Courtesy to Robert Redfern A Drama, being played out on every TV, computer, and newspaper.


It is loosely based upon Huxley's, Brave New World, Orwell’s, 1984 and The Hunger Games to introduce a soviet style authority to vaccinate everyone in the world to enslave the population and reduce the populace (as stated by Bill Gates).


It's playing in every country, city, town and village now.


Medical Doctors, the majority of medical doctors who have been brainwashed through training for the past 150 years since the Pharma/Medical Cartel started.


Scientists/Scientific Doctors, most scientists have been financed by the Evil Empire with their agendas leading and manipulating their research and ‘studies’.


For the Vaccine Wars, medical and scientific doctors had to be completely taken over by The Dark Empire. Many forced into playing the part of cowards, or worse, corrupted and brainwashed to keep their roles.

Neither do I, but we may be subject to harassment. Including house arrest, fines, being banned from travelling, flying, getting benefits, children attending school, house arrest, going to work, or even having a mobile phone.
To Be Continued?
The sequel’s plot is not completely clear, but I think there will be around 60 days before they start to terrorise everyone again. They may stop children from going back to school and close everything down.
This time they may blackmail everyone into getting a jab by not allowing things to reopen until their unproven vaccines have been accepted.
Or, maybe the population will wake up and follow the lead of the woken people and use mass protest and mass disobedience against their unproven vaccines? This is already happening in where a movement of hundreds of thousands is growing. Some small local groups are protesting in the but there’s no sign of a national leader.
In the people such as Robert F Kennedy Jr makes lots of noise but are not showing signs of being a true leader to call on the masses to protest. In the there are many well-known names in the alternative health field such as Robert Verkerk, Patrick Holford, and many others who are all keeping their heads down when it comes to mass protests.
I am not sure there are many powerful leaders for this. Time will tell.

Robert as a supplement business and has genuine supplements 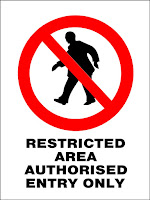 Courtesy MH LEGAL:Vana Solicitors
https://www.rt.com/op-ed/497272-clear-health-pass-covid-dystopian/?utm_source=Newsletter&utm_medium=Email&utm_campaign=Email
More horrific restrictions planned and how long will people be sheeple see the story above and of course my 40 or so back POSTS. 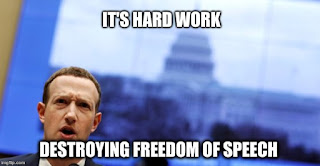 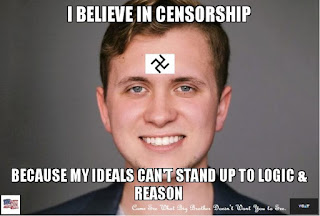 The Truth is Out there Stormtrooper

This could be a Starwars story and the Dark side of the force and the Emperor
WILL THIS BE THE NEXT COVID MASK?

THE NEXT POST WILL CONTAIN VITAL INFORMATION ON THE DANGER OF WEARING MASKS AND THE HYPOCRISY OF THE 'WHO'
Posted by GEOFF FREED ONLINE at 06:35