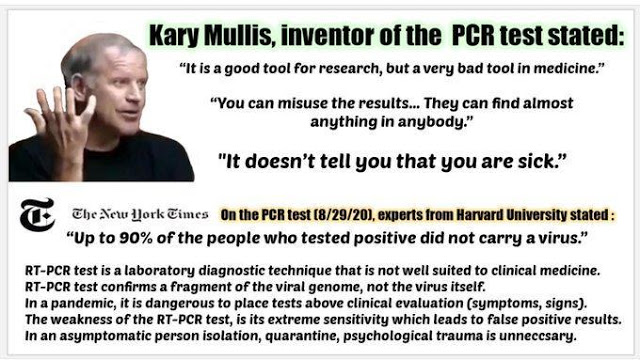 From Files
Hello I trust you are keeping as well as you can.
And there off, here are just a few snippets to cover the theme;

The Wuhan Institute of Virology published a study in February 2022, in which they describe creating a portion of a monkeypox genome from scratch in order to develop a PCR test for monkeypox diagnosis.

Prepare for Another Round of Fearmongering — and Vaccinations

Not surprisingly, the U.S. Centers for Disease Control and Prevention is already urging those who may be at high risk for monkeypox — including those who attended the “Daddyland Festival” in over the Fourth of July weekend — to get vaccinated.11

Two of the biggest problems with this assumption are that a) the vaccine used in that 1988 study was a first-generation vaccine that is no longer in use, and b) the current strain of monkeypox has undergone many mutations since 1988. So, there’s really no telling whether the vaccine will have any benefit at all.

As noted by Ira Longini, Ph.D., a biostatistician at the and a WHO adviser, “The truth is, we don’t know the efficacy of any of these monkeypox vaccines.”14 Such facts notwithstanding, by , some 18,000 New Yorkers had already received their first dose of smallpox vaccine.15

The Financial Incentive Behind Monkeypox

COVID-19 has arguably been the greatest profit maker for Big Pharma of all time, and monkeypox is undoubtedly viewed as a similar future profit maker. The sad reality is, there’s so much liability-free money to be made in pandemic vaccines, they’re not likely to give up on them, and that requires keeping the world in a more or less constant health emergency.

This is Klaus Schwab the head and founder of the WORLD ECONOMIC FORUM whose maxim is to us plebs' You will be happy with nothing' by the look of his self appointed robes as the new financial Pope and King of the world his maxim as above does not seem to fit with the homeless, the refugees and asylum seekers and those relying on food banks, however the vaccines are free. Line up at the starting gate.

Monkeypox is a rare disease similar to smallpox caused by the monkeypox virus. It’s found mostly in areas of but has been seen in other areas of the world. It causes flu-like symptoms such as fever and chills, and a rash that can take weeks to clear. There’s no proven treatment for monkey pox, but it usually goes away on its own. Strange that, Ebola Virus Disease (EVD) is a rare and deadly disease most commonly affecting people and nonhuman primates (monkeys, gorillas, and chimpanzees)started in Africa and that a B4 virus and bacteriological laboratory was found in Sierra Leone and there was a strong suspicion that this was a leak similar to Wuhan in China and similar B4 laboratories have been found in Ukraine and a target for Russian bombardment but these are funded by the USA and so are awaiting the 'diplomatic ' moment to bomb them. Read my blogs 9th 8th February 2022, March 2022 Minsk Agreement,  July5th 2022

In parts of west and central , monkey pox can also be caught from infected rodents (such as rats, mice and squirrels) if: you're bitten; you touch its fur, ...

I am not saying there was no Covid or the Pox, of course illness and disease are part of the human lot. But the extent and anxiety caused by the media hype, the Big Pharma and the New World Government takeover by the WEF is meant to put the skids in the general populous who only get a ONE WAY STREET stream of information and anything said against the 'official Narrative' is banned or taken down in the internet. ASK why is it banned?; there are several answers; one is it is deemed false information and damaging to your health by so called experts. They do not want to lose their profits or power and do they really have our interests at heart and if you knew their corruption they would be jailed or executed?

SHACK are my own personal writing experience of life.

The below is to illustrate this article Indigestion

Posted by GEOFF FREED ONLINE at 04:46