Greetings from the UK and a rather shame faced citizen of it. 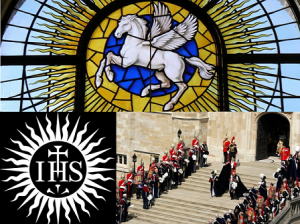 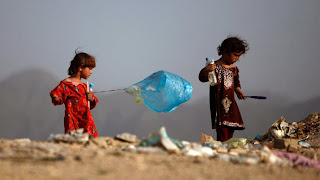 Whilst these children sift through rubbish dumps for a few frugal items for sale risking disease the below is so opposite and cruel.
http://rt.com/news/tax-havens-developing-world-644/
Oxfam, the UK based charity, estimates that some $18.47 trillion is being held by individuals in tax havens around the world. Of this some $7.18 trillion is in accounts situated in British Overseas Territories and Crown Dependencies.
Tax lost in tax havens is enough to end global extreme poverty twice over according to new figures published by Oxfam, Wednesday.
Although a deal was done earlier this month to get some of these tax havens to be more transparent and share tax information, there is still no tax deal on the table that will benefit poor countries who are struggling to reclaim billions of dollars.
In the agreement British tax havens in the Caribbean have said they will provide information on offshore bank accounts.
Tax havens take desperately needed cash from poor countries as well as from citizens at home who are being hit by austerity measures, the international agency said.
Some of the major world, EU and British tax havens are the Bahamas, Luxembourg, the British Virgin Islands and the Isle of Mann, which is located under 50miles away from the UK mainland.
“These figures put the UK at the center of a global tax system that is a colossal betrayal of people here and in the poorest countries who are struggling to get by, and put the government on the side of the privileged few,” said Emma Seery, Oxfam’s head of Development Finance and Public Services, in a statement.
The $156 billion in lost tax revenue is estimated by Oxfam to be just a fraction of the total tax lost, as it only reflects the amount of tax individuals are neglecting to pay and doesn’t include tax dodged by companies that costs poor countries a further $160 billion a year.( more in article link above)
The French government has expanded its crackdown against tax havens after listing the British overseas territories Bermuda and the British Virgin Islands (BVI) as well as the British crown dependency Jersey as “non-cooperative jurisdictions” last week . . . companies registered to the territories will be required to pay a harsh 75 percent withholding tax to France, Europe’s second largest economy . . . there are ten countries and territories now on the blacklist . . . the Jersey government’s reaction was “one of amazement” while the Bermudan Finance Ministry said it was “surprised” by the decision, because all three territories signed information sharing agreements with France in 2010 . . . Paris is likely trying to expand its tax collection amid weak economic growth following a brief recession . . . however, the blacklist may provoke a response from the British government, as the UK is still likely to try to protect the reputation of its territories.
http://www.taxcafe.co.uk/tax-havens.html
How to set up an off shore account or company.
http://rt.com/business/uk-tax-heaven-leader-402/ 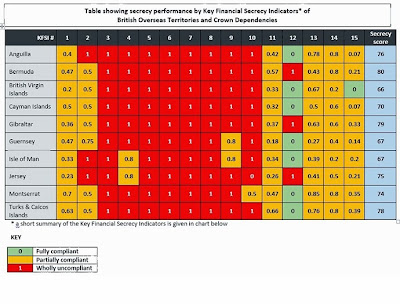 Britain named as the King of tax Havens.
Meanwhile we have the austerity measures and the bedroom tax.
Every 15 mins a family house is repossessed and many food kitchens opening and food stamp distribution children living in one room with their parents in council Band B's. RT Link above has a good short video in it.

What an amazing finding in the news recently
about Albert Einstein's brain!
According to ABC News, "A new examination
of Einstein's brain has revealed one of the likely
reasons for his brilliance."
What is it? The left and right hemisphere's of
Einstein's brain were unusually well connected,
according to findings published online recently
in the journal Brain.
This is the first investigation to look at the bundle
of fibers connecting Einstein's left and right brain
hemispheres--the corpus collosum.
Courtesy Bill Harris of Holosync. I use Holosync material  it is a great aid to meditation and the Corpus Colosseum.
from energygrid is the following:-


95% of the neurons (the bits that trigger and fire information) in our brains are in the cerebral cortex, the thin brown layer of jelly that actually surrounds the brain, analagous to humanity's existence on the surface of the Earth. Linking the two hemispheres of the brain is a bunch of fibres known as the corpus callosum. It can be proved that in artists, musicians, left handed people and in those who are comfortable with being out of the norm that the corpus callosum is growing physically larger, and it appears within the last thirty or forty years that this growth increase is exponential, not only in these people but in all of us. The bridge between the left and right brains was the width of a thin pencil a hundred years ago, and I'm assured by a couple of mortician/pathologist clients of mine (really!) that in many people now this bundle of fibres is now the width of one's forefinger. This suggests to me that the interface between the left and right brain in most of us is now considerably more active than it was three or four generations ago. Of course this could be down to our diet.

As a former Forensic Technician I can vouch for the effects of Holosync and Steve Judd's quote and I have discussed this at length with many 'non government' scientists, doctors, astronauts who are whistle blowers and we agree from my research and others there is a Comic shift in energies which is the cause of many now having the the 'binaural brain' evolutionary stimulus.  (see also David Wilcock's two Books 'The Source Field Investigated' and 'The Synchronicity Key' and my Jan 2013 sequence in www.energygrid.com  menu Destiny, many of these facts were brought through in 1967 at Samye Ling. See Post Post 9.

The simplicity and beauty of this amongst the garbage is amazing---mind blowing, amazing and gorgeous. 3 mins of ingenuity and wonder.
ESA(European Space Agency) Looks at Mars. 4 mins.
From the highest volcano to the
deepest canyon, from impact craters
to ancient river beds and lava flows,
this showcase of images from the
European Space Agency's Mars Express
takes you on an unforgettable journey
across the Red Planet.
Mars Express was launched on June 2,
2003 and arrived at Mars six-and-a-half
months later. It has since orbited the
planet nearly 12,500 times, providing
scientists with unprecedented images and
data collected by its suite of scientific
instruments.
The data have been used to create an
almost global digital topographic model of
the surface, providing a unique visualization
and enabling researchers to acquire new
and surprising information about the

Mendoza, a campaigner against the Anti-Social Behavior Bill told RT.
The bill purports to “streamline” the governmental “toolkit” against disorderly conduct, by replacing nineteen of the powers with six new ones, such as enabling the arrest of intentional and persistent beggars and the “police dispersal power to direct people away from an area in order to prevent anti-social behavior.”
One of the schemes the bill encompasses is the IPNA (Injunction to Prevent Nuisance and Annoyance) - a replacement for the Anti-Social Behavior Orders (ASBOs) which have fallen under repeated criticism since their introduction in 1998. One man from Loch Ness named Stuart Hunt has faced court proceedings 2,100 times since 2007 for breaching an ASBO placed upon him for slow-hand clapping, laughing, and staring.
A 13 year old has been banned from using the word ‘grass’ in England or Wales, and an 87 year old was allocated an ASBO, threatening him with a prison sentence if he was sarcastic to his neighbors.
The IPNA, on the other hand, means that people charged could be subject to up to two years imprisonment or an unlimited fine for people over the age of 18. Council would as well no longer seek Criminal Behaviour Orders at local Magistrates’ Courts. Instead the High Court, County Court and Youth Court would handle the IPNAs.
While the ASBO was targeted at cracking down on behavior considered as causing “harassment, alarm or distress,” the IPNA replacement will target conduct “capable of causing nuisance or annoyance to any person.”
The potential measures have already been condemned for their ambiguity and broad-reach, while having minimal checks and balances to protect civilians.
“It allows police to bar people from what they call a ‘locality’ and ‘locality’ hasn’t been defined, it could be a city, a county, a country….nobody really knows,” said .
Jacqui Cheer, the chief constable of Cleveland Police has also criticized the potential new law, stating on Tuesday that “What’s antisocial to one person is just what I did and what many young people do.” Cheer made the comments while speaking to the All-Party Parliamentary Group for Children.
“We are here to protect everybody. But we need to be careful where the line is,” she added.


The bill underwent its second hearing in the House of Lords last week and is expected to be enshrined in law by Christmas.

New asbos 'will punish children for being children' 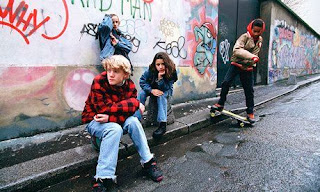 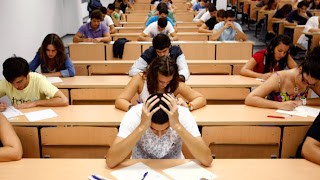 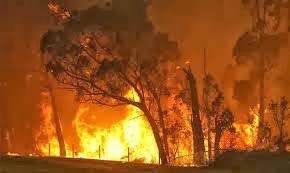 http://youtu.be/0ggd78Se0rE
FOREST FIRES IN AUSTRALIA. Please listen to these fireman and a scientist.  Whatever your view on climate change we need the truth.  See what Astronauts and scientists think in letter to Head of NASA re climate change. 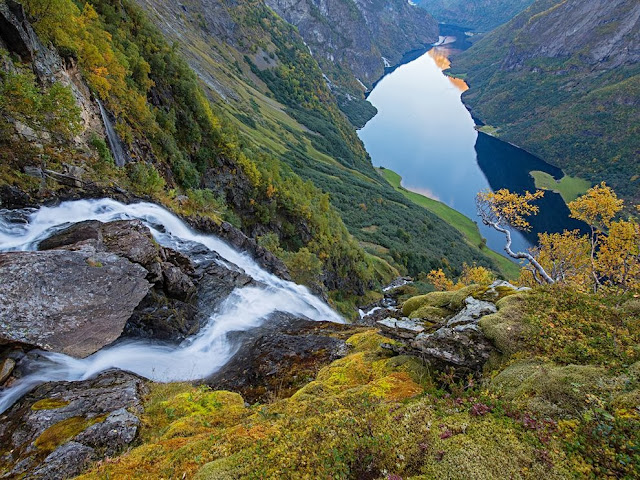 Posted by GEOFF FREED ONLINE at 04:21