I have received some correspondence and the gist of it was that some folk did not care for the ‘conspiracy’ inserts but liked my comments on it, others did like the ‘conspiracy and comments, others did not like my Zen stuff, some loved it, and so on.
Then others felt my Post was not professional enough, grammar and so on, others liked the ‘charm’ of spontaneity and typing as it came so to speak.  Well I can only do what comes to me, and as I do not advertise, earn money from the Posts or look for an adoring, fan based readership I guess I will carry on in this style, I cannot cater for just a  few specialities, and although I may lose a few readers,  never the less I will have to go on my way.   Perhaps  a cue for another song from them late Frank Sinatra ' I did it my Way'

Courtesy of YOU TUBE  Frank Sinatra

The words in this song perhaps reflect and have a deeper meaning to this Post.

My life up until a month or two ago ran on certain 'train' lines so to speak.  However, I had been getting a lot of deeply significant meaningful ah ha's that I wrote in my journal and did not feel to share in this site. Not because they were personal and embarrassing, although some were highly sexually explicit, that I could share, but feel it is not for the edification in this Post. However this one I felt to share along with a companion one on a slightly different route. 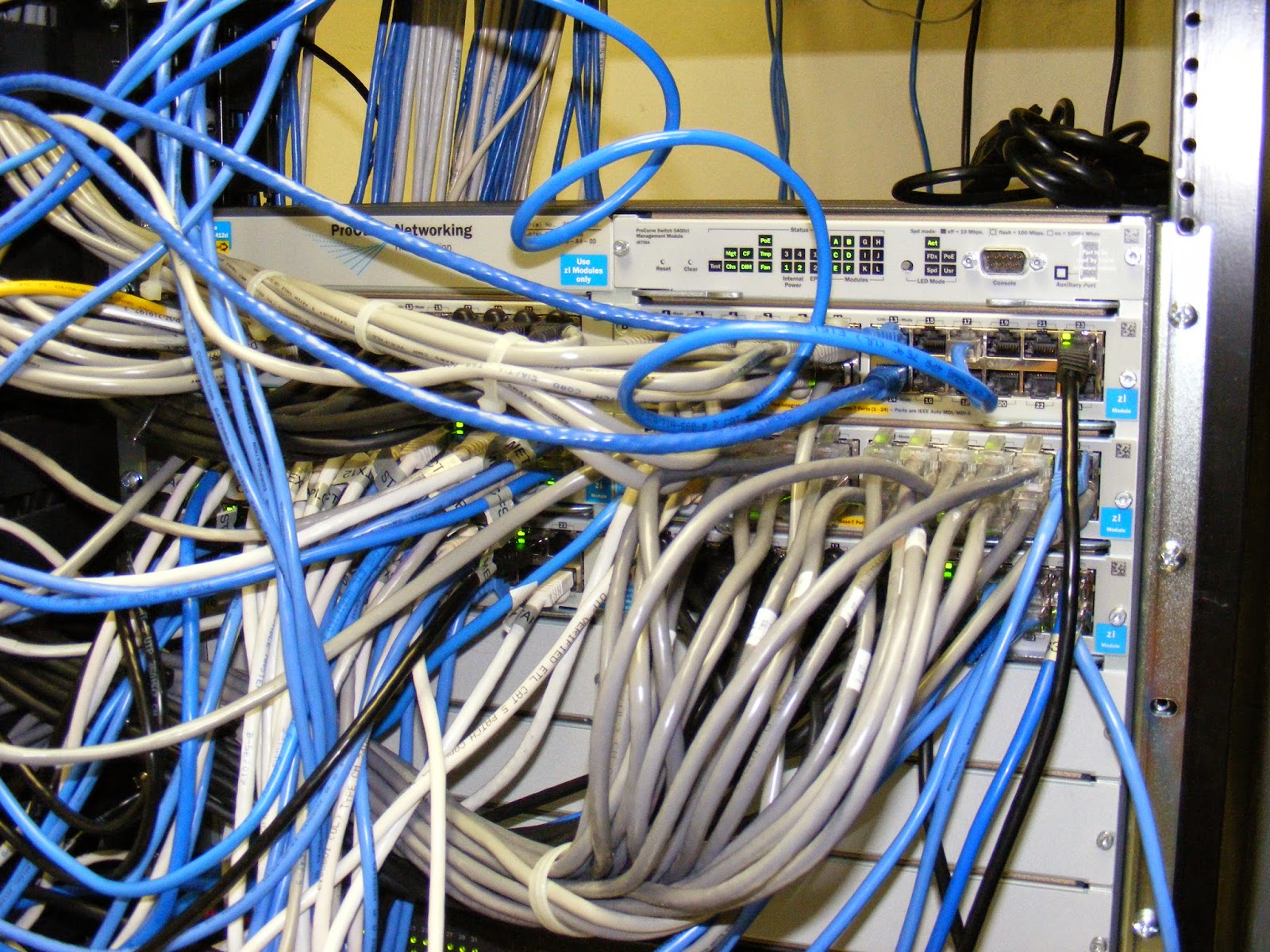 Courtesy en.wikipedia.org
As the Sinatra video song said I travelled many byways, highways and routes, and my CV reveals a few of them, there are a few I have not shared and readers of the 'grid' will know of some more not mentioned.  So up until recently say five months ago I found myself like the switchboard above many different connections, entwined, entangled the weave and wove of life, the tapestry we all weave in the loom of existence.  Many just conjugations, a variation on a theme, these the programmes and conditioning I am always harking on about. Some how it is easy to lose one's essential beingness, the awareness of the presence of oneself in this tangled skein. 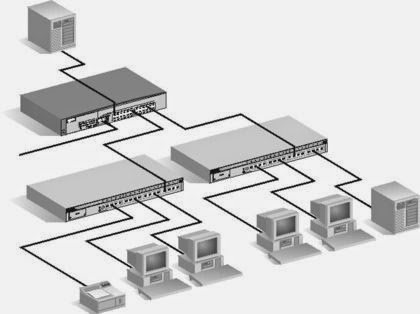 Courtesy www.hp.com
It was like the image above, the awareness, which is 'I am aware of myself', being the single unit at the top and then all the multitude of thoughts, images, emotions, in fact relationships portraying a different image on the screen of mind.  ALL of this was 'MY WAY' a kind of personal ego power, a very individualistic attitude, and yet at times giving way to the top Unit, a sort of coming back home.
The 'battle' if it can be said to be one, was the outward pleasures, which distracted me from the clear screen of mind, sometimes the empty screen in meditation with inner peace and sublime tranquillity and then pulled out, sucked out into diversified experiences. Often I queried which is REALITY, the varied screens or the one TOP  Screen.
Then came a few months where I felt fatigued, lack of energy, yet extremely happy, content, at first I did not want to eat anything and live on prana, life force, chi and so on, yet a nagging backdrop said, you will get hyperglycaemic and so on, it was not a real niggle, yet subtly compelling, then it went the other way and I binged, almost broke myself of money, put on weight and did not exercise, yet this inner joy lasted, the connections were being disconnected.
Then came great guffaws of laughter. My neighbours thought I was losing it.  Yes I was losing it. It being the old self, the baggage, the weight of the world. I starting Posting again, this time without a care, it was if it was a hobby, amusing, not that I felt to be flippant about very serious world issues. I felt it was a dream that people had to wake up from the horror of their lives that projected onto others. Time became 'not there' and such days whizzed by and yet I knew the time and hour. 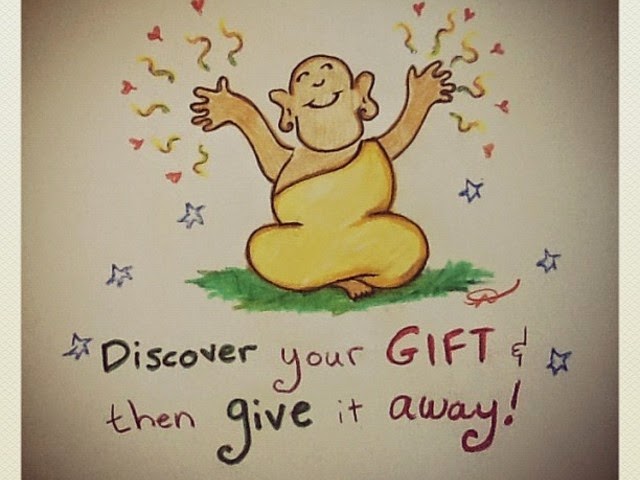 Courtesy kickstarter.com
I felt I had come to a new era in myself, and been given a gift.  Then by constantly trying to hold that freedom, it got me into a tense time of wanting this gift, then I realised if I gave it to the world, shared it, it would lessen the desire to be in this state of bliss.  I breathed it out and was easy with it.  It lessened somewhat.  I did not want to reincarnate and go through the stuff I had experienced and seemed to have shifted.  A heaviness came, my body stiffened again and I had difficulty walking. 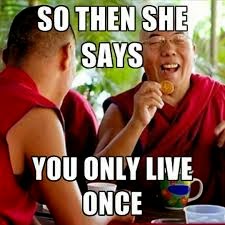 Courtesy  themetapicture.com
Then meditating in the loo, I have some great ah ha's there, releasing in more than one way, my old teachers said that peeing and crapping were great spiritual experiences. I had this voice in me saying softly the words I had heard from the third time I had been to see Maharishi Mahesh Yogi (the so called Beetles Guru ---see photo of him in POST 13), and he was asked why meditation was so important? His answer was apart from peace, better health and relationships, it was like a man swimming in the ocean and meditation helps him to swallow the water, so he becomes one with it inside and out. Immediately I felt the block in my solar plexus / transverse colon / diaphragm / Ren Meridian sort of pinged, unblocked and I felt A SWITCH.
It was if the energy that I had been using was produced by food, oxygen and so forth, yet this was the energy of personal will, the ego, it was human collective unconscious energy. 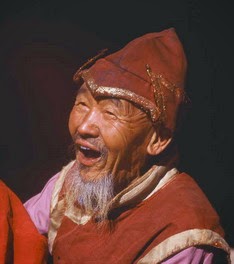 Courtesy livinghour.org
I let out an ooh!, then cried with relief as this block unfurled, I then wept with joy, blessed my colon and body.  It was not so much a physical relief as it had been like a light pressure, it was the happiness, the joy, the grace that came with it.
THEN, then I felt my intake of breath was different I had sort of switched to a finer kind of intake, it seemed the air was purer a kind of increment. I felt this was chi, prana, kundalini, life force. It was not like air I breathed as a kid or when an athlete.  THERE HAD BEEN A SWITCH.  This felt like it was impersonal, not individual, but a Cosmic type breath, it was breathing me, I felt this me as an energy being, lighter and more flexible.

However, my body still feels tense and crunched up a bit as the switch over begins to run its cleansing energy through the organs, tissues and the like, taking away the toxins and crud.  It is cleansing the old system and the long held old paradigms and deep seated anxieties and patterns the chance to release and let go. Mentally the awareness is there, because the mind is more empty and I do not have to remind myself to practice mindfulness so much. 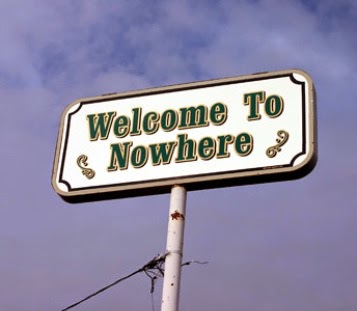 Courtesy poetics.com
I felt at home with nowhere to go, nothing to do, and for a few days felt like the Zen, 'a leaf blown by the wind'. It was like Sensei had said 'you only know air when you are being strangled'. I knew what chi  / ki is by not having breathed it as a sensation and only felt as somatic feeling. Sifu said that there are many experiences in science or the outside world that relate to your inner world so to speak.

Courtesy physicsforme.com
I felt like this astronaut inside my head so to speak, I felt endless space, infinite space, awesome, free weightless.  I felt the weight of my past lifting out of my tense body, that I HAD felt relatively relaxed, these were the deep embedded stuff, held in bones, cells, flesh, and especially the neck, organs and viscera. Do I think or feel I am free. enlightened, I have no I idea, just at this space, this iota in infinity, it is such, next-----?
You may ask, why do I share these things? After all its not in everyone's interest.  I like to share different vistas and views, hopefully someone may have similar experiences and we reach out and share them. Many have deep meaningful experiences and have no one to share with and may feel mad, isolated, or just plain shy, and perhaps arouse one's curiosity and so encourage someone take  a journey not trodden before. 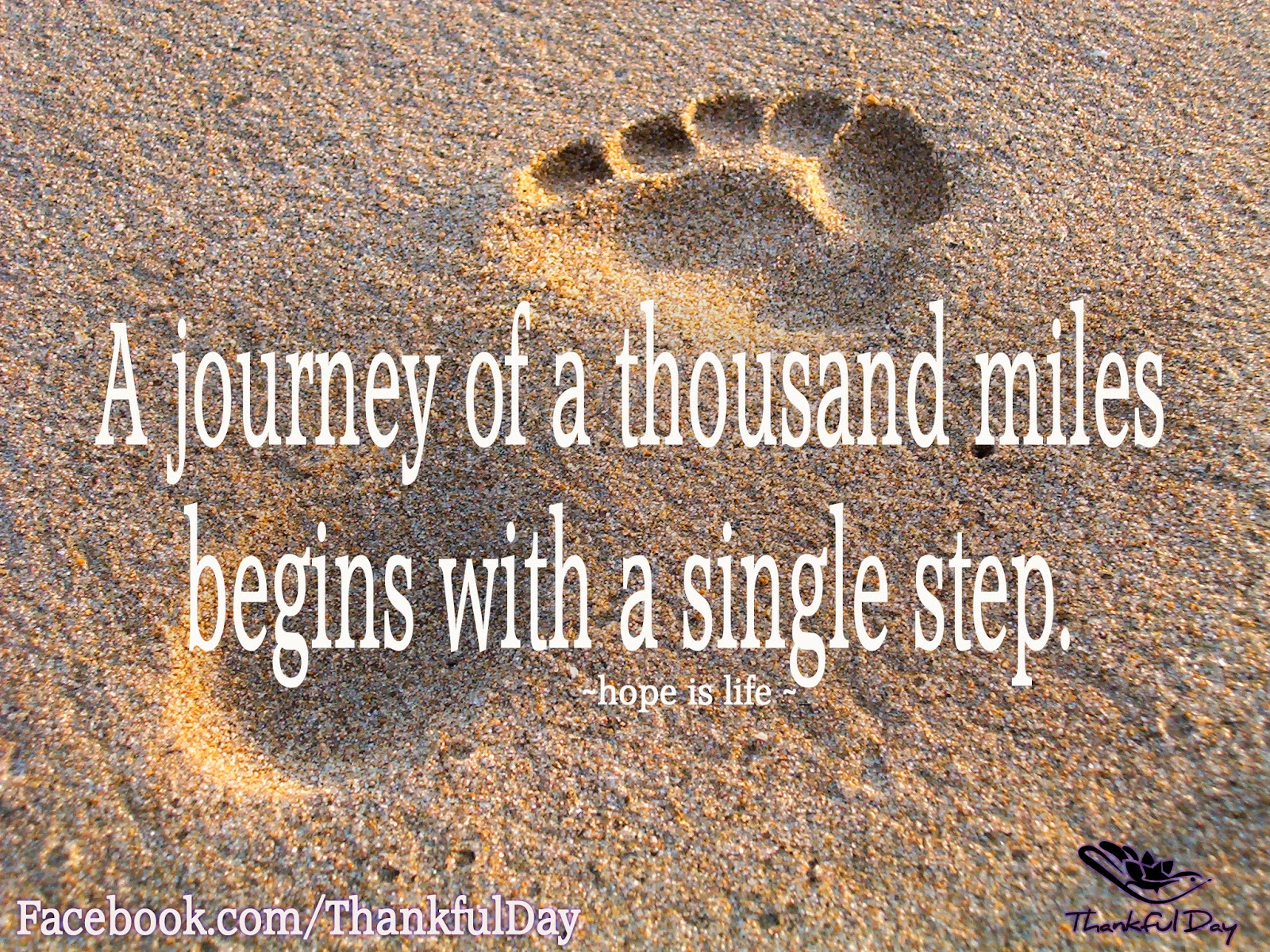 Courtesy facebook.com(I am not on any social media)
So dear Reader are you ready to take a new first step? 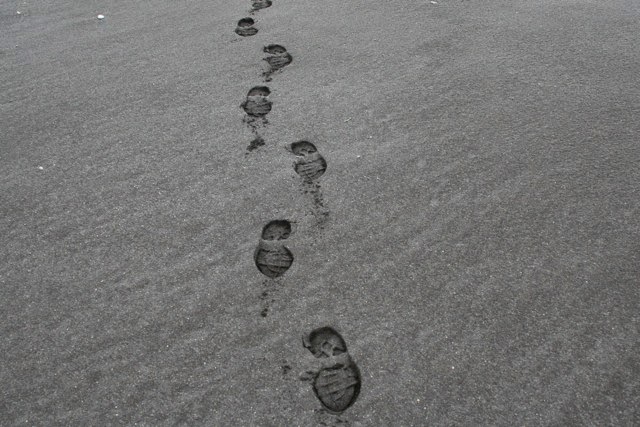 Courtesy taloeffler.com
Is it possible that the key our success in whatever field is to follow your own star and not tread always in others footsteps? 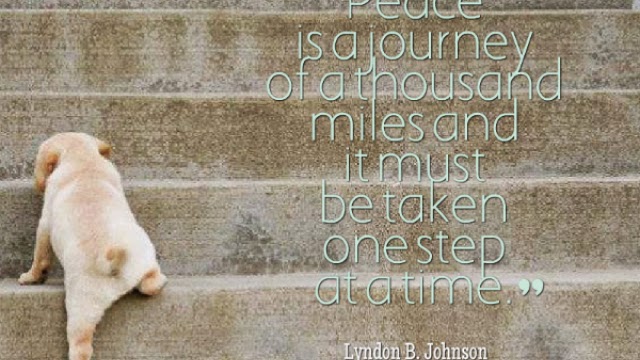 Courtesy thedoghome.com
No matter how long or large this new journey may take, the first step is one with the seed of the journey, ready to grow to fruition as the journey takes you----and you know what ----it's OK to stay where you are as well.  After all in space where is there a direction, perhaps to the nearest star. 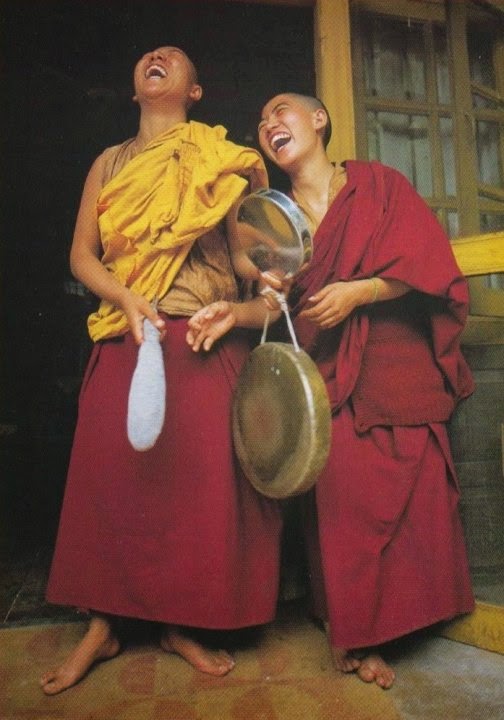 Courtesy maestroviejo.wordpress.
So keep that laughter going, not to laugh at someone and deride them but a spontaneous welling up because you know in essence you can never die, you are free and wherever you are-- you are there.
Thank you for allowing me the privilege and space to share some of my journey with you.
Be well and Journey well. Geoff 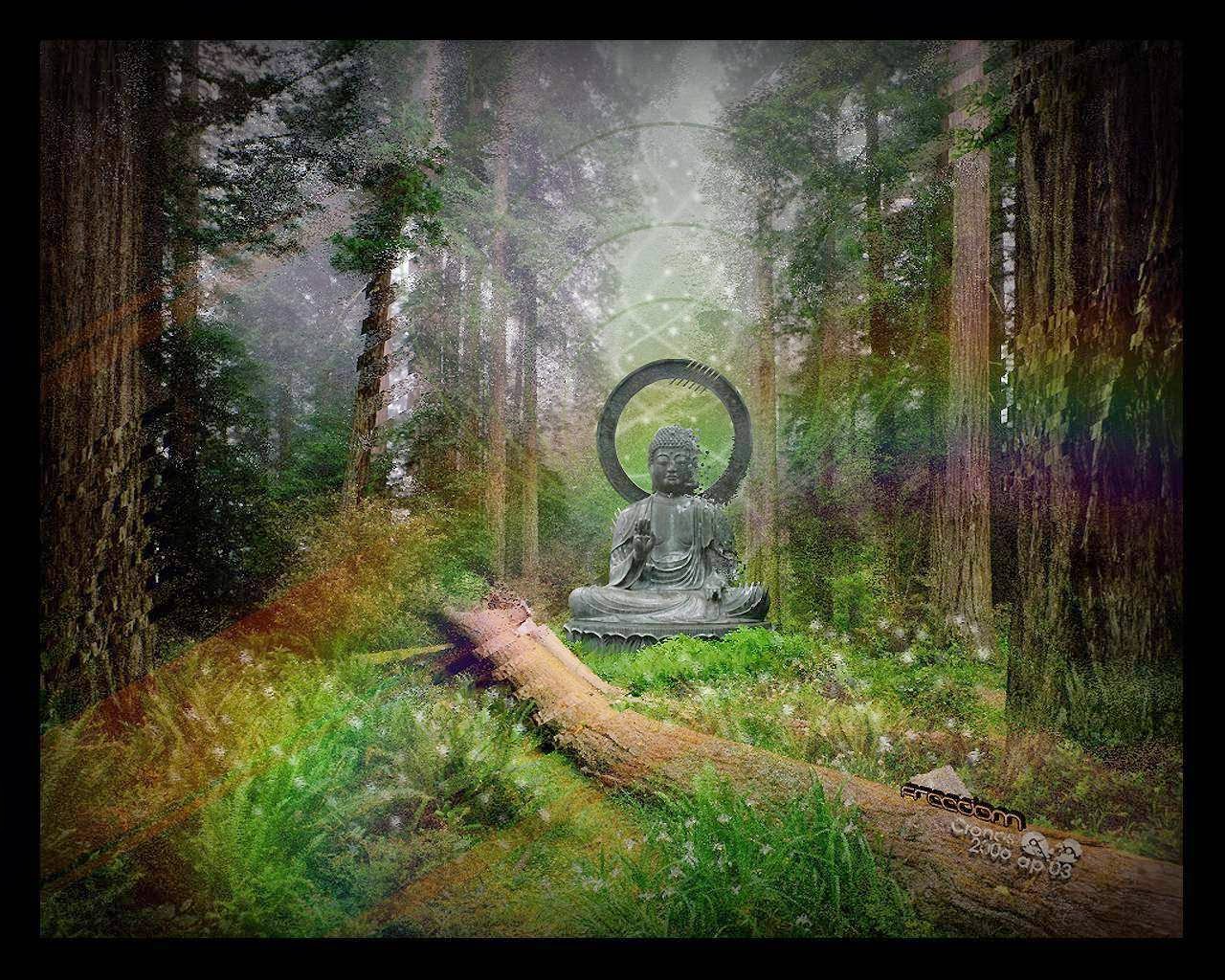