Hello Welcome.  How much of the life you have lived is repeated in your life now.  Do we rehash the past, so there is no present and the future is merely a make over, a cosmetic job of the past. Is it possible to live a life of routine and a regimen of some discipline and not repeat the past.  Or maybe we can repeat the past without being attached to it.  We do it robotically but with awareness. 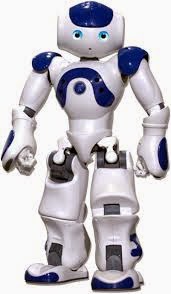 Courtesy. venturebeat.com
Maybe to just pause a while in your daily activities and say ' I am not a robot, I am aware of myself doing things?.'
Maybe ponder on 'does a robot or can a robot become aware of Itself doing things?  Maybe scientists will say there is a rudimentary self analysis or fault repair as in computers.  Is this a programme checking a programme? Does this have the same feel as me being aware of myself?  If one is not aware of myself in action, then we are robots, we can say that the bodies natural systems are robotic, automatic breathing, heart beat and so on, they are part of the design, however, we can breathe and regulate to some extent our breathing in exercises and so forth.  A robot could do this as well through the algorithms planted by scientists, that is intentional programming. 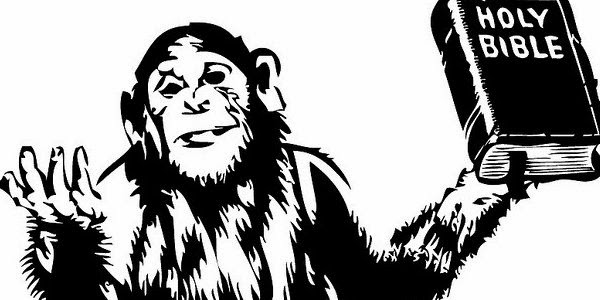 So here we come across, OK scientists created a robot and are creating even more apparently human like ones.  Then we can go back to POSTS 135 and so on, then what, scientist evolved us?  Maybe some ET boffin evolved us--- many blogs on this.

Courtesy. forum.xbitslabs.com
The discussion goes on, maybe an ET designed us, maybe evolution evolved Itself? One thing we might agree on most things decay or are impermanent no matter their life span. A star many billions of year, a small insect a matter hours or days.
So in one's quiet times of contemplation play around with the above and see what happens, maybe all will cease to be in the mind, the urge to run away from these apparently imponderable questions, to distract from them, a cigarette, coffee, TV and all else. Stick with it and you never know, you may get an ah ha, or a wonderful peace and calm. The secret is attention without intention, observing without bias, watching without judgement.

https://www.youtube.com/watch?v=R8M_xjxQmKY
A 5 min humorous but very serious information 'the life and death of Bread.
MH370
AND
MH370
AND
AND
There seems to me to be a distinct
likelihood that the Malaysia Flight 370
airliner - the Boeing 777 Twin Jet - or
else its twin has finally resurfaced, in
the disputed territory surrounding
Donetsk, Ukraine.
So says Clifford Anthony Paiva, a Navy
Veteran with a Master's Degree in
Geophysics who created the video below,
as well as this previous one, who asserts
that this plane was not shot down by a
missile but was deposited there by land
and detonated at its purported "crash
site."
Paiva notes the many hallmarks of an
astonishingly poorly-executed False Flag
operation, including these "obvious
blunders for this stupid CIA operation,"
including "1) Very colorful clothing, seats
and passports, all unconsumed by the
"impact" inferno, of course! 2) No lays on
the  ground with their bodies (to say
nothing of their clothes), unburned. Even
for the US-CIA, this is manifestly stupid!
3) Very clear [tire] tracks leading to the
"impact" site; another unnecessary
oversight by the same incompetent United
Airlines Flight 93 team. 4) And of course!
NO BLACK BOX! (Voice and Flight Data
Recorder), at least for public confirmation
of the newest Malaysian-CIA Flight storyline.
"Incidentally, not only are NO bodies
(uncovered with some material) present,
absolutely NO missile radar track files are
presented. NO, this is just more White House
nonsense...and having worked crash fires for
the US Air Force, I can say with some
authority, [a] crash site does NOT end abruptly.
[Here], the grass goes untouched."
It remains now for the world's planespotters to
determine if this is the aircraft from Flight 370,
or if this is its twin Twin Jet, purchased by a
shady South Florida aviation company, with
records indicating that it has been held in
storage in a country I won't name here but as
previously reported. ( Courtesy Alexandra Bruce forbidden knowledge) 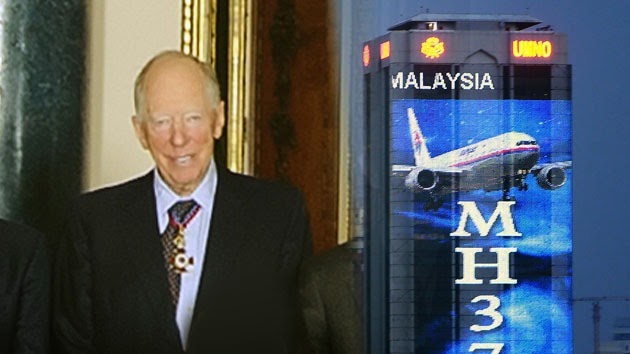 Jacob  Rothchild
http://hwaairfan.wordpress.com/2014/03/25/rothschild-becomes-sole-owner-of-semiconductor-patent-as-four-co-owners-went-down-with-malaysia-airlines-mh370/  When you read this you may well be surpised.
SEE Posts 146, 149,  157, 168.
http://rt.com/news/173628-malaysian-plane-crash-ukraine/
Many videos and transcripts.  Compare this with many Western Media Reports.
7 minutes of 'make your mind up' In it, it reminds one of the inner gore being eroded. You may find this shocking, just reflect on the world situation and think, ruminate, mull over, reflect and then breathe, let go and find that inner calm.  This is where they cannot touch you.  The secret place of the most high, the kingdom of heaven within.
Michelle Obama--------a man.  NEVER!!!  Make up your mind time and Serena Williams as Well?.
http://science.nasa.gov/science-news/science-at-nasa/2014/23jul_superstorm/
Reading this article and a link article is very informative------YET NOT ONE WORD about the effect on biological us.
Here is a link that does:-
http://www.energygrid.com/destiny/geoff-freed/2010/10.html

Perhaps it would panic people if they new what CME's and the like might do and what with warnings about sun exposure and skin cancer, it could lead to paranoia regarding the sun.
By the way a study done on outside workers like gardeners, farm personnel, road workers, builders who are exposed to the sun and do not use sun creams, life guards at beaches and sailors it  found rare incidences of skin cancers. 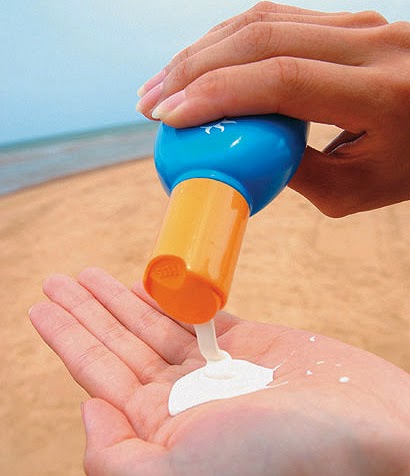 Courtesy www.hellomagazine.com
I have neighbours who shun the sun and have skin cancers and many office workers and some who use sun creams. There is evidence that some of the creams chemicals cause an irritant which can stimulate a carcinoma.  However, 10 -20 minutes is enough for many people, daily if possible and usually to as much of the skin as possible just enough to get a pinkish tinge. A safe solarium with safe equipment is a good choice, despite the sceptics.  Make sure it is licensed and the staff trained.

Absolutely amazing.  Leopard  Seal tries to feed photographer---yes for real.
Hey Folks I love these Flash events.
https://firstlook.org/theintercept/article/2014/07/23/blacklisted/  You really need too look at this.    Read MORE IN Access Express | 07/24/14
You will see how our human rights and the frightened punitive heads of governments are doing this.

From the lead heading you will see that the will have the right to name anyone as a terrorist and they have if you look back at blogs through search facility, the right to arrest anyone in any country without trial or any recourse to a legal situation----YOU SIMPLY DISAPPEAR.  Probably ending up in a rendition or secret FEMA camp.  I AM NOT EXAGGERATING OR KIDDING. 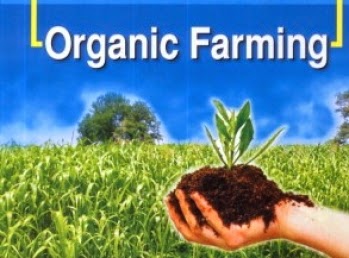 There is a lot going on about the MERS virus and Ebola.  MERS is not the same as SARS only symptom wise, and the treatment is different. The authorities are blaming MERS on Camels and Ebola on Chimpanzees.  These are very serious and there is a suspicion that they are a deliberate Bio-terrorist engineered, as was and is AIDS.  The Chemtrail, food industry and Chemical giants are trying their best to 'cull the population' not quickly as you do not earn money by the dead, only by the slow sickness with supplying loads of drugs and cutting out all natural remedies, supplements and supplying additives, herbicides and GMO---- so its make up your mind time.

A lovely time with a baby sea lion.
WOW  -oh my---very interesting 47 secs.  The last few words would get you arrested in the UK
Announces Obama's homosexuality 4 years back.  See above that Michelle Obama is a man.  Video above.
Barry is his real name.  Documents and Proof.
Absolute dynamite.
I MAKE NO APOLOGIES AT REPEATING THIS AND AGAIN IN NEXT POST.
Once again my deepest and profound apologies to the Dutch families if this has upset you. I am merely reporting and I do feel that my whistle blowers have got it correct with this video.  More in next Post.  I have deep connections in the Ukraine.  My Grandparents came from there.  One in Odessa and the other in Kiev.
Once again, may your grief at your loss serve to hopefully one day you averted a 3rd World War.
Fondest Condolences.
BE WELL. Geoff.

Posted by GEOFF FREED ONLINE at 04:45