Hello again. Maybe we can run motor cars on Big Mac French Fries, buy some Fries and the rest lob into your fuel tank. 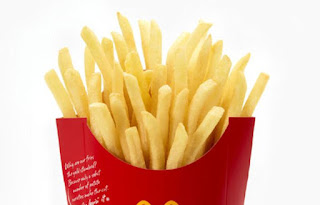 Is Monsanto Seriously Exempt from ALL Liability Lawsuits for PCB Contamination?

http://www.healthfreedoms.org/is-monsanto-seriously-exempt-from-all-liability-lawsuits-for-pcb-contamination/#respond
It amazes me how they get away with it and also the astonished naivety they profess to care and show. It seems Big Mac and Big Pharma have a lot in common. Either they are part of culling the community slowly by stealth and making us slowly sick so they get their profits, that they pay their researchers and scientists to fake up 'its OK the chemicals are in small amounts, or they really are not harmful'.  Most of them are bio accumulative, they cannot be flushed out or with great difficulty and yes a small amount OK, but repeatedly no way.  Lets give them the benefit of the doubt and say they only do it for profit and make it go a long way on oil and not replace it so often, so saving costs and materials or whatever. Lets hope the second option of being in cahoots with the new world lot and culling the populace is not on their agenda. 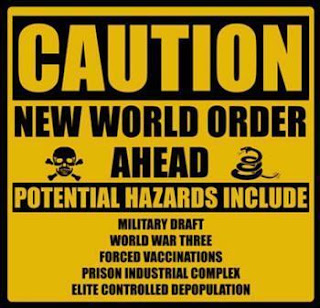 Courtesy www.soldahead.com
Even if the CEO's of companies are not in the above Bilderberg Groups they are guilty of crimes against humanity and lets hope they do not join the gang of thugs above. At most they can say we were advised by scientists its safe, however it is a duty to humanity and the next generation to make sure all is well. 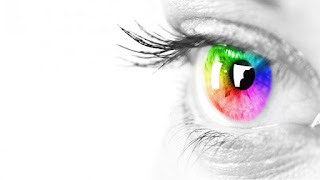 
Strannik Virtual Scanning (SVS), which uses light and colours to diagnose a wide range of diseases, has been tested on 20 patients, and successfully identified the disease in 17 cases.
Previous studies have estimated that SVS can successfully diagnose between two and 23 per cent more accurately than standard tests it was pitched against.
In the new study, carried out by Graham Ewing of Mimex Montague Healthcare, the supplier of SVS, and Dr J Duran from Hospital San Roque in Gran Canaria, 20 patients were randomly selected for an SVS screening. SVS correctly identified the disease in 17 of the cases, which included cystitis, haemorrhoids, diabetes, heart disease and cancer.
The test, which is non-invasive, requires the patient to look at a colour image for 15 seconds, and then accurately recreate it after filters have been put over it.
SVS has been used for years in clinics across Russia. (They have other devices:- Skenner, Part of Phantom Wave and http://www.korotkov.eu/ 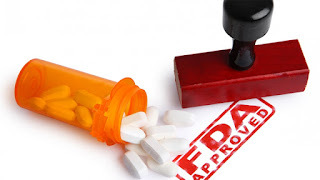 Dr Robert Califf is to be the FDA’s next commissioner after his appointment was approved by the US Senate following months of delay as a handful of senators, including Democratic presidential hopeful Bernie Sanders, blocked the move.
Sanders said that Califf, a cardiologist and academic researcher, would be incapable of representing the safety of consumers because of his close financial ties to the drugs industry.
Califf’s salary at Duke University is partially underwritten by large pharmaceutical companies, including Eli Lilly and Merck.
His opponents have argued that the FDA has been approving too many opioid painkillers and ignoring the advice of its panel of experts, which has often urged caution.
Sen Edward Markey, another Democrat opposed to Califf’s appointment, has said: “The FDA stands for Food and Drug Administration, but over the past 20 years it really stands for ‘fostering drug addiction’. We have to have an honest discussion about the role that agency is playing.” ( SO GLARINGLY, IN YOUR FACE, BLATANTLY OBVIOUS AND WITHOUT SHAME OR RECOURSE..  disgustingly corrupt).
Another Doctor and Cancer. 4 mins
I resonate so much with this incredible person.
Realtime Spaceweather Photo Gallery
MAGNETIC REVERBERATIONS: Here on Spaceweather.com, we often say that Earth's magnetic field is "reverberating" from the impact of a CME or a solar wind stream. This is what we mean: This plot shows the response of a magnetometer in England to a strong geomagnetic storm on March 6th and 7th. The east-west vector of Earth's magnetic field was swinging back and forth, "reverberating" as a stream of solar wind passed by our planet.
"My magnetometer went wild on March 6th as Earth entered a fast flowing and highly geoeffective solar wind stream, creating bright aurora even down to lower latitudes over Europe," reports Stuart Green of Preston, Lancashire, UK. "This is the largest response I've measured so far this year."
Magnetic fields cannot be seen by the human eye, but the magnetic reverberations were anything but invisible. This is what the sky looked like overhead: Colin Cooper took the picture from Tynemouth, UK, barely 150 miles away from Green's magnetometer. "An incredible display rarely seen this far south," says Cooper. "There were some of the brightest rays and fastest movement I've ever seen for auroras in the UK."
The display was also seen in Scandinavia, Iceland, Canada, several US states, and even in the Southern Hemisphere. Browse the gallery for more reverberations: ( COURTESY TO www.spaceweather.com) BY NOW YOU WILL KNOW OF MY TAKE WHEN THESE PULSES, EDDY CURRENTS, VIBRATIONS DO TO OUR HEALTH FOR NEW READERS A SMALL SYNOPSIS AND IS NOT RELATED TO SPACEWEATHER'S RESEARCH.
The Future of Air Travel.   8 mins
A wonderful hack--deodorise with tea bags.  2 mins 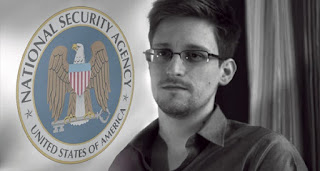 Edward Snowden is not the only person coming out this week saying global warming was a hoax. So is the National Oceanic and Atmospheric Administration,

http://www.healthfreedoms.org/shocking-new-snowden-confession-climate-change-is-a-hoax-by-the-cia/
See Post  on Letter by Astronauts, engineers and Scientists re Climate Change.
Post 202
Halley's UK Arctic Research Station.  1 min.
It is built on Hydraulic Jacks which stabilises it on the shifting ice.
The Brilliant James Corbett Report.  15 mins.
I have another take on this but I will hold for now until I check my sources.
The White Mountain Abduction  is one of those classic UFO  encounters and like Travis Walton has been scientifically proven to be fact by many. 22 min. This is to many 'UFOlogists' very well known as is Travis, books and films are made of this. This the encounter of Betty and Barney Hill.  In this video the researchers encounter some UFO like appearances in the same exact location. In my UFO Story and elsewhere I discuss my research and similar encounters which were very strange to say the least. If I do repeat some it will be the Leyton Cricket Ground, The Winchester Incident, My Missing Time, The Banff Findhorn One, The Welsh Ones, The Joe Bailey Story and My Ollie and Alice, The Epping Forest One.  I shared these in UFO  workshops and some in the energygrid blogs, then there are the Men In Black and Margate and Sussex and Nuclear site ones.
vaxxed   14 mins
The ABC iNTERVIEW BIG PHARMA DID NOT WANT YOU TO SEE. I REMEMBER YEARS BACK AND REPORTING IT FROM THE THE HEADLINES THAT DR ANDREW WAKEFIELD HAD BEEN REMOVED FROM THE MEDICAL REGISTER BECAUSE OF HIS DISCOVERY------REMINDS ME OF THE MORE RECENT MURDERS OF THE HOLISTIC DOCTORS.
Was the Moon Landing a hoax?  More evidence.  8 mins.
See what you think of this. 15 mins.  Both the above and this is make up your mind time?  I include these things to stretch the mind and make it uncomfortable like a conundrum, a paradox or koan.  Chinese saying 'if you cannot decide between two things, do the third'.  Japanese sayings ' Release the arrow and wherever it lands call it the target' ' release the arrow and wherever it lands draw a circle around it'.  Happy Days and I hope peaceful nights. Zaijian / Sayonara.
Be Well. Geoff
Posted by GEOFF FREED ONLINE at 04:52