Dear Reader in view of the 79 Holistic Doctors who have been murdered or feigned or covered up as suicides in some cases I feel this is worth a Post on its own. Please bear in mind dear folk that there is a Post 264, 264 A and now 26 B.  I realise there is a lot to take in and read, so after these supplementary ones I will leave a gap or if I feel a really 'hot' number comes up I will do a separate Post.  Thank you for your readership, patience, support and interest. My fondest wishes for your well being. 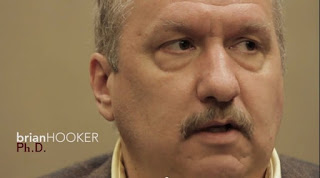 Brian Hooker, Ph.D., issued a press release today clarifying some issues related to his past relationship to Dr. William Thompson of the Centers for Disease Control (CDC). Dr. Thompson originally contacted Dr. Hooker and confessed that the CDC had covered up data in a 2004 article published in the Journal of Pediatrics that linked the MMR vaccine to autism. When the phone conversations between Brian Hooker and William Thompson went public, Dr. Thompson hired a whistle blower attorney.

However, in spite of the confessions of fraud at the CDC by Dr. Thompson, he retained his position at the CDC, and no committee chair in Congress dared to take on the pharmaceutical cartel and hold hearings on the matter. Dr. Thompson was never subpoenaed to be questioned about the alleged fraud at the CDC. Congressman Bill Posey was the lone voice in Congress calling for hearings, and he allegedly received documents from Dr. Thompson as well as an affidavit. Dr. Thompson appeared willing to testify, but only under oath before Congress.

It never happened.
With the recent popularity of the film VAXXED, which features the story of Dr. Thompson becoming a whistleblower and revealing fraud at the CDC, more information has come forward about just why it is believed Dr. Thompson retained his position at the CDC, and just how the CDC is going to handle this story, which for the most part has been censored in the mainstream media, but been on fire in the Alternative Media and Social Media.
Dr. Brian Hooker made some comments at one of the Q & A sessions of the film’s premiere in Manhattan recently, and today he issued a formal press release explaining the basis of those comments.

Dr. William Thompson, senior scientist at the Centers for Disease Control and Prevention (CDC) contacted me during 2013 and 2014 and shared many issues regarding fraud and malfeasance in the CDC, specifically regarding the link between neuro-developmental disorders and childhood vaccines. Dr. Thompson and I spoke on the phone more than 40 times over a 10 month period and he shared thousands of pages of CDC documents with me. Eventually, Dr. Thompson turned this information over to Congress via Rep. Bill Posey of Florida. Among the issues discussed in the phone conversations were lies told to the public by the CDC regarding the link between thimerosal-containing vaccines and neurodevelopmental disorders (including autism) as well as the links between the MMR vaccine and autism in African American males and the MMR vaccine and “isolated” autism. Isolated autism is the term coined by CDC researchers referring to all children who received an autism diagnosis without additional diagnoses of mental retardation, cerebral palsy, visual impairment or hearing impairment.
Very recently, Mr. Richard Morgan, Esq., Dr. Thompson’s whistle blower attorney, stated that Dr. Thompson will be publishing a paper in May, 2016, where he will assert that the MMR vaccine is not linked to autism in African American males. Instead Dr. Thompson will state that socioeconomic factors alone in the African American community account for the original MMR-African American male “effect” (the effect that he is on record as stating the CDC purposefully hid). I have not been given access to Dr. Thompson’s reanalysis and therefore cannot comment regarding the forthcoming paper at this time. However, I am suspect of any analysis coming from the CDC due to the historic nature of the agency’s scientific misconduct and conflicts of interest specifically around any link between vaccines and autism.

Regardless of the content of Dr. Thompson’s reanalysis paper, these facts remain:

Thompson himself instructed me regarding the link between thimerosal and “autism like features” and stated that “tics were like five times more common in children with autism.” Yet the CDC will not recommend thimerosal-free vaccines and thimerosal is still used in many flu shots given to infants and pregnant women in the U.S.
Beyond this, the CDC, through the fraud and scientific malfeasance revealed by Dr. Thompson and others, has been shown repeatedly to be a conflicted, dysfunctional agency having no business stewarding vaccine safety for the United States. I join the call from Dr. William Thompson and many others to remove vaccine safety surveillance activities from the CDC to an entity completely independent of the CDC and Department of Health and Human Services as a whole. Again, the revelations of Dr. Thompson go far beyond issues with the MMR vaccine and affirm my own inquiry of the CDC starting in 2001. Please join me in calling for an immediate Congressional investigation of this agency.
Source(s): Courtesy Health Freddom Alliance
healthimpactnews.com
focusforhealth.org
Also :- 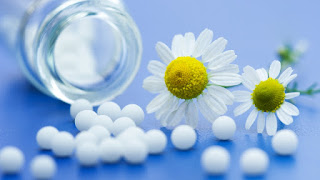 The alternative therapies will be regarded as being equal to conventional medicine for Switzerland’s compulsory health insurance scheme from 2017.
The therapies had been rejected by the country’s health authorities for a lack of scientific proof of their efficacy in 2005, but a groundswell of support for them from the majority of the Swiss population caused a change of heart, and so they were included in the health insurance scheme until 2017 under a probationary arrangement.
However, they were all required to prove their “efficacy, cost-effectiveness and suitability” by then in order to remain in the scheme. But the Swiss authorities announced last week that it was “impossible to provide such proof for these disciplines in their entirety”, and so would grant them equal status going forward.
The government has started a consultation period until June 30 when its revised position can be discussed.
- See more at: https://www.wddty.com/news/2016/04/homeopathy-granted-same-status-as-conventional-medicine-in-switzerland.html#sthash.a6RShPyV.dpuf Courtesy WDDTY0 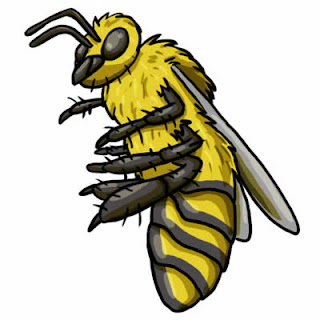 Courtesy www.about-bees.com
Before some maniac in the EU or more likely pressure from the USA (TTIP) and Big Pharma(if they cannot win they will buy it up and chemicalise it so it doesn't work, they tried to do it with a cancer cure called Essiac but the genuine formulae got to private growers of the herbs and the preparation methods.
Also the EU corrupt maniacs are after Bee chemicals and rescinding their previous ban on some of them.  Without BEES we die the trade off GMO FOODS. Sinister isn't it yet I feel we are better off in somehow for other reasons.
I WONDER IF THE TTIP  AGREEMENT WILL COME INTO PLAY STATING THAT THE PROFITS AND TRADE AGREEMENTS IN THE AGREEMENT DENY TRADING AND BUSINESS RIGHTS----WATCH THIS SPACE.


BUZZ LIKE A BEE AND BE WELL.  GEOFF
ADDENDUM

Could France end the TTIP?
France has threatened to end negotiations on the dreaded EU-US free trade deal, theTransatlantic Trade and Investment Partnership (TTIP). French Trade Minister Matthias Fekl has said, “If there’s no reciprocity, if there is no transparency, if there’s a danger to farmers, if we don’t have access to public markets while the U.S. has access to everything we do here, then I won’t accept it.”
Error in mandatory Californian vaccination laws
Tetyana Obukhanych, a PhD Immunologist, has written an open letter to legislators highlighting the errors in logic leading to the SB27 mandatory vaccination rule of law in California. She sheds light on the various misconceptions supporting the law, stating that, “Non-vaccinated individuals pose no greater risk of transmission of polio, diphtheria, pertussis – vaccination is not risk-free – outbreaks of measles cannot be entirely prevented”. She supports freedom of choice where vaccinations are concerned, and urges legislators to, “formulate a fair and balanced understanding that is supported by accepted vaccine theory and new scientific findings”. ANH-Intl has long campaigned to respect, promote and protect the freedom ofinformed vaccination consent in Europe and other parts of the world. Currently the European Forum for Vaccine Vigilance (EFVV) is petitioning the European Parliament to uphold the Charter of Fundamental Rights, which clearly states that, “Free and informed consent must be respected in the fields of medicine and biology”. Make your voice heard by adding your signature to the petition — available in Croatian, French, German, Hungarian, Italian, Polish, Slovak and Lithuanian.
https://www.change.org/p/european-parliament-european-commission-council-of-the-european-union-respect-promote-and-protect-freedom-of-inf
The above link will give you the rights under EU CHARTER.
Posted by GEOFF FREED ONLINE at 06:07