Hi again We certainly live in a bizarre world and the video below depicts a subject that will challenge one's beliefs and credibility. However it it is interesting and certainly takes one to the edge of reasoning.
Obama Rushes to Middle East as Watchers threaten Mankind. 6mins
The Truth about Atlantis ---Graham Hancock.  5 mins
Russell Brand  7 mins. I liked it---how about you?  Its nice to listen to someone who has been called all sorts of names, been brought up in a housing estate, is a comedian by trade, dose not talk 'posh' and has a mind to express himself. Good on you.
Another Cosmic Egg found in Portugal.  7,000yrs old . 5 mins.
More links to our ancient past.

Another view of the above is that the Staff or Rod maybe the spine and the snake being the Kundulini.  I have done a lot on this in the grid. A view of Adam and Eve (a repeat from the Grid) that the Tree of Life was a map of the Human Genome, the snake the DNA  code/ helix and the apple the chemical formulae which changed the Earth Dwellers into the hybrids we are now, and administered by early ET visitors the so called 'Fallen Angels' before histrionics arrive in email form, it is a view and if one reacts examine the fear of perhaps not being sure of the belief carried.  I admit I can be mistaken as well, yet I am 'big headed and  yet big enough' to entertain this and research. I might be correct and grow as a result of this. Or just say nada.

This is indeed interesting. In the Grid I have outlined the four times killed at different times of Osama bin Laden. Here is just one example:-
http://www.energygrid.com/futurity/geoff-freed/2011/05c.html

and
http://www.prisonplanet.com/top-us-government-insider-bin-laden-died-in-2001-911-a-false-flag.html THIS IS A MUST, MUST, MUST READ and backs up view of the Bin Laden evidence. There are a number of videos to watch as well. DYNAMITE: 9/11 EXPOSED AS WELL. THIS ALSO BACKS UP THE ASSASSINATED PRIME MINISTERS INTERVIEW WITH SIR DAVID FROST ABOVE. PLEASE, PLEASE READ. This is from energygrid.  Sir David Frost Interviewed Prime Minister Bhuto
This is extraordinary - David Frost interviews Benazir Bhutto and she quite matter-of-factly, says that Osama bin Laden was murdered by Omar Sheikh - former MI6 recruit.. the man behind the murder of Daniel Pearl. I know people will say 'perhaps she misspoke', but if the Islamic extremist fraternity is anything like the Western gangland mafioso, then such treachery is indeed feasible, espcially given the corrupt financing and dealing going on behind the scenes.
How come David Frost never batted an eyelid, as if to ignore her? How come he never attempted to clarify such an incredulous statement? And the burning question for me, is if she is correct and bin Laden is dead (we knew that the frequent 'audio tapes' appearing in the media from bin Laden were concocted all along after all), then what else does she know? I believe this is why she was assassinated. We also now know that she was due to meet with two American senators (scheduled to take place an hour after her eventual death) to expose the 5 billion dollars stolen from Pakistan CitiBank, making its way into Rupert Murdoch's hands. More info about this on the thread here
Dan Burisch, the UFO secrecy whitleblower, knew Benazir personally and conversed with her frequently. They spoke by telephone just prior to her return to Pakistan. His eulogy to her reveals a mindblowing revelation - she was aware of what she was facing and made the decision to step forward to try to sway the normal implications of Timeline 1 (variant 83). Those of you who don't know what this is about should watch his interviews on the Project Camelot website - in a nutshell there was Looking Glass technology devleloped with the help of ET, that could see future possible realities here on Earth. I know it sounds like straight from a sci fi movie but this stuff exists, it's been hidden from the public for decades. You can read more about this information here:www.projectcamelot.net...
To me, it sounds like she was privy to a lot of sensitive information on a wide range of matters and was killed for that reason. She was a proponent for peace and therefore posed a direct threat to the powers that be. It's JFK all over again.. he was killed because he was ready to expose the corruption 'behind the scenes' (abolish the Federal Reserve, for example). Benazir Bhutto was one of the few courageous people in this world trying to make a difference for the better.
Two  USA Generals in Afghanistan have said and Marilyn Albright that Bin Laden died on three separate occasions.

A thought-provoking article by Kurt Nimmo and Alex Jones of Infowars.com, “Red Alert: Government Had Osama bin Laden Frozen for Years,” May 1, 2010, makes the following claims:


They — Bush, Musharraf, Watson, Albright, Bhutto — must all be crazy!
Well folks decide now.
Be Well.Decide Well. Act Well. Geoff
This is interesting six minutes in this interview she states Bin Laden was assassinated.  I am trying to find my original one before this , many have been taken down!!!?
Donald Trump-------30 minutes expose? or 38 mins depends on copy.
Bye the way check out Mudras on the internet, they are yogic finger signs I use them for health reasons---- see what you make of it.  The Illuminati use the 'light side rituals in reverse' for example they use the black mass the mass said backwards. 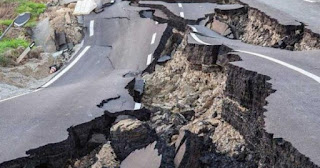 http://www.secretsofthefed.com/truth-regarding-new-zealand-seismic-events/  Photo linked to article inn which it is alleged CERN had a 'hand' in the quake. Make up your mind time again.

5 mins of media madness. I wonder if you can trust any media source.  WOW what a shambles.
DO YOU BELIEVE IN ANGELS-----WELL I DO.  2 mins of loveliness.
Gorilla rescues little boy.  3mins
1958 OPERATION HARDTACK ATOM BOMB DETONATION UNDER THE  SEA 3 mins
LEST WE FORGET THE HORROR OF NUCLEAR EXPLOSION AND GOD FORBID WAR.
A mind stretcher. 16
Bionic eye.  3 mins  There are several being developed one with glasses and so on.  Great hope for the future.
Pizza -gate alleged pedophile link to Clinton's 10 mins
There will be an end to ageing. Michio Kaku. 12 mins
More About Hilary Clinton. 14 mins.
OK FOLKS.  Be Well.
Geoff

Posted by GEOFF FREED ONLINE at 03:40