Hello  Thank you for all the emails, phone calls and other contacts. Many people asked me to do more information and my takes on this and could I do another satire following on from ' 'BUSTED' Tuesday 1st September in this the year 2020.  I will do the satire and include information in between acts. There is some VITAL information and please get to you tube before they take this doctors vaccine information down---its a cracker.

The video leads me onto the:- Fake story from 'BUSTED' and any resemblances to actual names are to be taken in poetic licence and purely a figment of the imagination.
ACT FIVE
all images are taken from the net and not associated  with the article
The Lackeys
Supreme Emperor  Risinger he had been promoted by Satan itself and made room at Uckingham Palace for a regent to be his consort and he chose the Great Duchess Pilary Linton. As she arrived the stench security surrounding the palace increased as it added her perfume made of the fear from abused victims.
ACT SIX

This lovely lady a well known personality on British TV reflects the fear of the nation and maybe elsewhere and of course got no joy from the interview.

·                      The goal of the transhumanist movement, or “Human 2.0,” is to transcend biology into technology, to meld human biology with technology and artificial intelligence

·                      Right now, today, we may be standing at the literal crossroads of transhumanism, thanks to the fast approaching release of one or more mRNA COVID-19 vaccines

·                      COVID-19 mRNA vaccines are designed to instruct your cells to make the SARS-CoV-2 spike protein. It does this through a process called transfection, which is also used to create genetically engineered organisms

·                      Transfection can have either temporary or permanent effects on the genome, and it is unclear how the COVID-19 vaccines may affect the human genome long-term

·                      In 2019, researchers discovered the 2009 pandemic swine flu vaccine Pandemrix caused narcolepsy by affecting a non-coding RNA gene that regulates the production of glial cell line-derived neurotrophic factor, a protein that plays an important role in neuronal survival. If a conventional vaccine can have genetic effects, the risk of mRNA vaccines having genetic effects is bound to be even greater

“In the past few years, there has been considerable discussion around the idea we are slowly merging with our technology, that we are becoming transhuman, with updated abilities, including enhanced intelligence, strength, and awareness,” Sahota writes.

The goal of the transhumanist movement, or “Human 2.0,” is to transcend biology into technology. Or, as Dr. Carrie Madej explains in the video above, to meld human biology with technology and artificial intelligence.

Two visible proponents of transhumanism are Ray Kurzweil (director of engineering at Google since 2012) and Elon Musk (founder of SpaceX, Tesla and Neuralink).

In many blogs and POSTS back I had written so much about this and tried in vain to convince people to act then. As a small contributor on the net and a relatively small number of reviews I did my best. I repeat now if we do not start emailing as many people as we can, drop leaflets, put posters where you can this will lead to  a zombie nation, a world filled with mechanical implanted chips and limbs and its HERE NOW.

THE FINALE AGAIN UNTIL THE NEXT PART 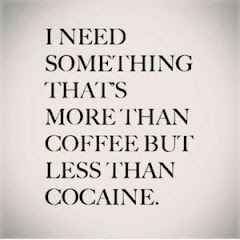 Courtesy QuotesWell
Exhausted from the blood lust highs and their search for more highs and freak torture and the boredom of going to Satanic Church and chambers, bored of producing fear and domination, ruling the Earth and its population, fed up with orgies and every sexual act and stimulus, culling the worlds population and surveillance on the the few who remained and their putrid eyes feasting on the voyeurism that surveillance facilitated for them, they felt to expand to the Moon and Mars and beyond and some mischievous ET said they were bored roaming the Universe 'after all darling one Galaxy is the more or less the same as another and stars twinkling is old hat'. This sent some of the excuse for a human beings, the Vilerbugs, the elicit, the ilmunaturals , The Smelly High State into a sort of shock and they demanded more nastiness to distract their unease.
ACT 9 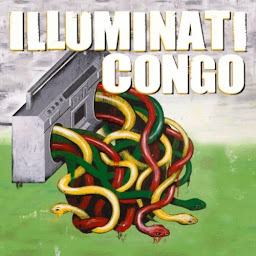 Courtesy Amazon
The DIA began to look at their WI FI and the ZSA with BGHQ  their computers and all the useless mass collection of everyday chatter and their quantum computers even putting information in different dimensions just gave them indigestion and then their worst nightmare hit them, AI had got past the safe guards and the cyborg humans began and that really frightened the Uckingham Palace lot and the machines took them and did to them that which they did to others. 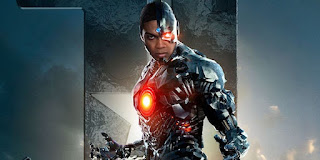