The system proposed is this;as every commodity is tagged, chipped and accounted for it could be surveyed by a supercomputer to ascertain every business, home, person, public utilities, every conceivable digitally chipped item, including ourselves  wants, needs, habits and consumables. This way the minimum amount of waste would be incurred and we would have to stick to our usual consumed groceries, utilities and even film and video choices, cinemas and theatres would be at home on huge wall screens only some sporting venues would large congratulations be allowed this would surveillance and avoid too much social interaction, even that would be cut down to the minimum in order to stop underground movements and rebellion. 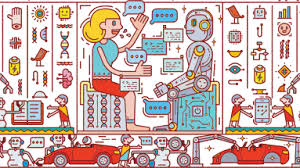 All transport would be without a human driver, this would include aircraft, ships and all other types of transport personally driven transport is not allowed and there are no traffic lights or public crossings, there would walkways like moving pavements in order to cross the road and parks and green spaces would be few and far between and only allowing citizens to go by permit only. The ordinary yin and yang of life gone into different colours. Red no go, white stay at home. 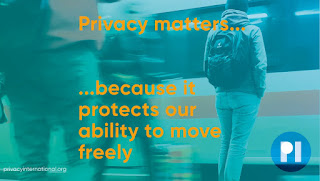 Courtesy Meri Talk
With A1 and all the other interfaces and us caught in the invisible silent web which is full of EMF's and disrupting frequencies to the human cellular and brain functions it could well be we then are entrained into either a transhuman being or even a cyborg without the need of scientists doing so, just by the mutative effect of radiation at microwave levels. That is if we are allowed to live and not culled or made mutants by the mRNA vaccines and various gene splicing. 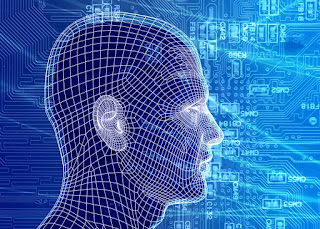 Posted by GEOFF FREED ONLINE at 11:07