Dear reader the following may seem in the realms of science fiction, however  if you dot the 'i' and cross the 't' you may see a real thread and highly significant chain and link.Please read  this with Smart City Blog  (READ LAST FOUR AS QUARTET)

The above is really is how and when and the protection process.

Then what arrives and rears its head is this;

This may seem innocuous, however they are debating that all the DNA collected by the Covid testing be kept as such indefinitely. It is hoped as in the last blog these powers will be rescinded after the Covid  debacle has passed. 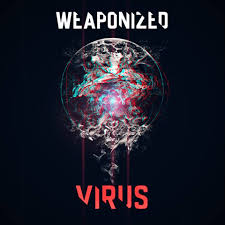 Call me cynical, a conspiracy nut, an activist or any other nomenclature but this a relatively easy system to do, for instance take that second image down, this is now a very well known procedure and a hint at what could end up in the mMRNA vaccine

The mmRNA is currently the ultimate method for reprogramming with minimal risk for genetic alternations. The RNA cocktail consists of synthetic mRNAs prepared in vitro and modified with 3’ and 5’ UTR elements that increase their stability. We have optimized the mmRNA reprogramming protocol using POU5F1 (OCT4), LIN28A, KLF4, CMYC and SOX2 for human and primate skin fibroblasts. The reprogramming schedule includes 14 transfection rounds performed daily, and additional 20 days of culturing for generating stable clones iPS cell clones.

It has much more sinister implications and if you feel I am kidding or just science fiction writing then check it out for yourself. So now the world is collecting a massive data bank and reservoir of many nationalities, ethnics and other resources about the individual and supposing this information like the seed bank in Norway and now a world DNA bank in the making, I would ask you who would you trust with this and where would it be kept and in whose 'capable not hack-able hands would you trust'. Maybe Noah's Ark was an ancient advanced tech seed bank, OK I'm aloud a little deviation--no?

Someone commented what happen when the permafrost melts--my reply we have to get another Noah's Ark.

By any chance should you feel this is too outlandish and just a fantasy by an old chap of 82 may I remind you of some technology I have been reminding readers and students at one time; 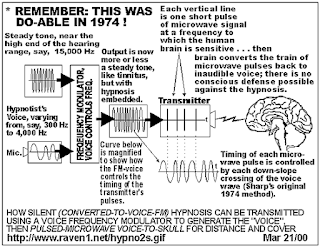 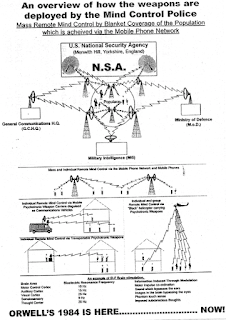 An example of ELF Brain Simulation
Bioelectric Resonance Frequency
Motor Control Cortex                      10Hz                    Information Induced through Modulation
Auditory Cortex                               15Hz                   Motor Impulse coordinator
Visual Cortex                                   25Hz                   Images on the brain by passing the eye.
Somalosensory                                 9Hz                     Phantom touch sense.
Thought Center                                20Hz                   Imposed subconscious thoughts.
These are from panel underneath very old copy  above. Now all this far more advanced.
This was all part of an early surveillance system named Echelon.
Now with 5G, Smart Meters, Chemtrails and an internet of thousands of satellites it becomes a world wide net of mind control which alone it is known causes brain chemicals and the neuropeptide cascade to alter organ and genetic cell performance.
Could we see 'Shopping on Line for your Perfect Baby' indeed Wife, Husband, girlfriend, boyfriend or a family (the study of or belief in the possibility of improving the qualities of the human species or a human population, especially by such means as discouraging reproduction by persons having genetic defects or presumed to have inheritable undesirable traits (negative eugenics ) or encouraging reproduction by persons presumed). This is of course the ultimate dream of the Eugenicist. Hitler would have had multiple orgasms over this and now others are carrying his work or ideas and their not all German they are international.
well it is and by a simple piece of legislation in an empty parliament due to perhaps an intended world scary virus (BY THE WAY BECAUSE YOU ARE TESTED POSITIVE IT DOESN'T MEAN YOU ARE INFECTED OR CAN SPREAD IT---I CHALLENGE THE GOVERNMENTS AND SCIENTISTS OF THE WORLD WHEN THE FLU SEASON STARTS DO THE TESTS COUNTRY WISE AND YOU WILL MASSIVE NUMBERS OF FLU ANTI BODIES AND YET YOU DO NOT LOCK DOWN EVERY WINTER----AND THE FLU VACCINE HAS NOT STOPPED THE ANNUAL FLU IN WHICH THOUSANDS DIE---WITH THE SAME REASON AN UNDERLYING HEALTH CONDITION---WILL ALL FLU CASES BE ADDED TO THE COVID NUMBERS SOON?).
So is your DNA yours, well it may not be the original and the frequencies arriving through all your digital appliances all connected to a vast system of interconnecting satellites, antennas, Wi FI, Smart Cities, Towns and Phones an umbrella enveloping the world and directing traffic with driver-less, aeroplanes, ships, trains and cars and will be able to literally 'switch you on ad off' I kid you not. You could see what they could above in 1974 well that's old hat now.
Who would you trust with your DNA, your vaccine or your future.

Posted by GEOFF FREED ONLINE at 11:08