Hello there.  It seems we are on a merry-go-round but not so merry. In the video below we have again and again, whilst children women who are the most vulnerable are being slaughtered, raped, maimed, brutally fiendishly abused, what a legacy for the next few generations.
Return to peace in Syria---some say impossible. 8 mins 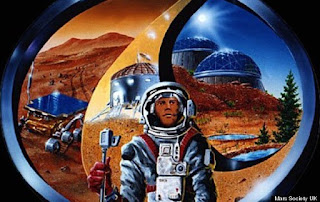 Let's hope if they do colonize Mars they will not get into the mess as the video above it. There has to be a leap and evolution in Human Psychology and Spirituality.
Charting the Milky Way Galaxy. 10 mins
A wake up call as to how unique and yet ordinary we and the Earth Are. A precious Jewel set in an awesome setting and brilliantly beautiful. NOTE THAT AS THE SUN MOVES AROUND THE MILKY IT IS TRAVELS FURTHER AWAY SO TO SPEAK TO EARTH (STILL THE SAME DISTANCE YET IN A DIFFERENT SPACE RELATIVE TO ONE ANOTHER) THEN WE GET COLD OR WARM SPELLS.  ANOTHER FACT IN CLIMATE CHANGE AND IS CYCLIC.
Reporter gets pissed off and really tells the news.   I love it.  3 mins
He says a lot of good honest things.
Fox News cuts off 12 yr old girl telling the truth about Russia. 4 mins
Edward Snowden---who really rules the USA ? 11 mins
OSAMA BIN LINDEN IS DEFINITELY ALIVE. IF YOU FOLLOWED MY FOUR ACCOUNTS OF HIS SUPPOSED DEATHS IN ENERGYGRID IE., INTERVIEW WITH THE LATE PRIME MINISTER BHUTTO, TWO AMERICAN GENERALS, THE FRENCH SPECIAL FORCES, MADELINE AUBRIGHT,  AND THE PAKISTANI  COMMANDO KILLING.  USE THE SEARCH BARS IN THIS SITE AND THE GRID.
Angeline Jolie admits to satanic Illuminati sacrifices. 4 mins
We are  from the future.  7 mins.
We are from the future the full video. 26 mins
What a contrast from the Angeline Jolie above.
THE MYSTERIOUS FORCE THAT GOVERNS LIFE.  3 mins
Life the Universe and everything.  11 mins
This quantum superposition is the key, this is the field where all possibilities and probabilities exist and the selection is by intention, either local or personal or non local and the intention of a Super Beingness, an intelligence far beyond ours yet we have a spark of it.  Just as the clouds are intelligently arranged so the binary codes and planetary alignments and small and great cycles local and non local are supervised and allowed 'stretching' a kind of juggling in an intelligent way that encompasses growth and evolution, this in turn means a breakdown of old redundant and not serving growth to dissolve and go into a sort of intelligent although apparent chaos whilst behind the scenes a new form is arising, one that suits the expanded evolution.  The caterpillar - the chrysalis - the butterfly, the crab-sheds the carapace, the snake-sheds the skin and so forth and us ------Ascension.
Space x interplanetary Transport 5 mins 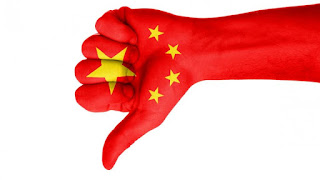 China’s drug regulator is refusing to release the safety reports on the Cervarix HPV vaccine ahead of the drug’s national launch next year.
The vaccine, manufactured by GlaxoSmithKline (GSK), is to be made available to all girls in China aged from nine years in 2017. It is designed to prevent cervical cancer.

Ahead of the launch, it was tested on 6,000 Chinese girls—but authorities are refusing to release the toxicology reports and clinical trial data that would reveal any side effects and adverse reactions suffered by the girls.
Activists in Beijing requested China’s drug regulator, the Chinese State Bureau of Food & Drug Supervisory Administration, to release the data last July, but the bureau has refused to do so, on the grounds that it “involves enterprise commercial secrets”—in other words, because the results are a trade secret.
One reason for the secrecy could be because the trial wasn’t properly constructed, and the vaccine was never tested against an inert placebo. As a result, adverse reactions could be experienced by those given the vaccine or the placebo, so reducing the risk profile of the vaccine itself.
The decision is unprecedented in developed countries, where safety takes precedence over trade secrecy. It also goes against the policies of the Healthy China initiative, set out by China’s chairman Xi Jin-ping, says researcher Cen I-wan.
China’s drug regulator has also received a request from pathologist Dr Sin Hang Lee to rethink its decision to grant its approval for Cervarix’s launch. Dr Lee, who studied in China but now lives in the US, says the HPV vaccines haven’t prevented even one case of cervical cancer, and yet had been associated with tens of thousands of reports of adverse reactions in young girls, ranging from nervous disorders, chronic disabilities and even death. (Is this China's way of population control)

Posted by GEOFF FREED ONLINE at 06:53