Hi Folks I got hoaxed and nearly fell for this and I apologize for sending emails to some friends and what's more my computer played up and nearly sent my contacts list, it was a strange day regarding this matter. The NASA signature in the information I got was seemingly correct.  Later a contact I had with NASA told me it was a false flag and a hoax copied from a similar hoax in 2015.  Some other contacts told me it might have been a hack somewhere.
On a broader matter many are telling me of strange feelings and events in their everyday lives. Mind you with the turmoil in world events and confusion its not surprising.  Some strange viruses around as well.
THE HOAX
Home » General » NASA Confirms Earth Will Experience 15 Days Of Darkness In November 2016


We have come across many reports regarding earth and its changes in recent times and not many materialize. However, this time NASA has confirmed that earth will experience total darkness for 15 days in November 2016 starting from November 15 to November 29.
According to NASA this phenomenon was in the pipeline for a long period and the astronomers from NASA have informed that the world will experience a strange event from November 15 at 3:00 am and it is likely to continue until November 30, 4:45 pm.
The officials believe this blackout is the result of an astronomical event between Venus and Jupiter. Charles Bolden, head of NASA issued a 1000 page document which explains the event in detail to the White House.
The reports claim that Venus and Jupiter will be very closely engaged and they will be separated by a mere 1 degree. Venus will surpass to the south-west of Jupiter which results in Venus shining 10 times brighter than Jupiter and this light will heat up the gases in Jupiter causing a reaction. The resulting gas reaction will release a never before seen amount of hydrogen into the space which will make contact with sun at around 2:50 am.
When hydrogen makes contact with sun it will cause a massive explosion on the sun’s surface and it will have an effect on the temperature which increases to 9,000 degrees kelvin in no time.
The heat caused by the whole process will force sun to turn into bluish colour and once it changes it colour it will take at least 14 days to restore its normal temperature and retaining its normal colour of Red Giant.
Meanwhile, the light from sun will be much dimmer than normal and people will experience the change only after 2:58 am on November 15th.
“We do not expect any major effects from the Blackout event. The only effect this event will have on Earth is an increase of 6 – 8 degrees in temperature. the polar cap will be mostly affected by this. No one should worry much. This event would be similar to what Alaskans experience in the winter”. Bolden said.
The alert I got was an official seal and stamp which I will not include so that it will stop fraud and false alerts if not known.

WEEKEND SUPERMOON: This weekend's full Moon is a "supermoon"--as much as 14% closer and 30% brighter than other full Moons we have seen earlier this year. Chris Cook photographed the lunar orb rising over Cape Cod, Massachusetts: The scientific term for the supermoon phenomenon is "perigee moon." Full Moons vary in size because of the oval shape of the Moon's orbit. The Moon follows an elliptical path around Earth with one side ("perigee") about 50,000 km closer than the other ("apogee"). Full Moons that occur on the perigee side of the Moon's orbit seem extra big and bright. That's what is happening this weekend.
Contrary to popular belief, supermoons are not especially rare. In fact, according to NASA, 2016 ends with three supermoons in a row. Next month's full Moon on Nov. 14th will be extra-super as the Moon becomes full only 2 hours away from perigee, making it not only the closest full Moon of 2016, but also the closest full Moon to date in the 21st century. Mark your calendar for that!(Courtesy spaceweather.com) 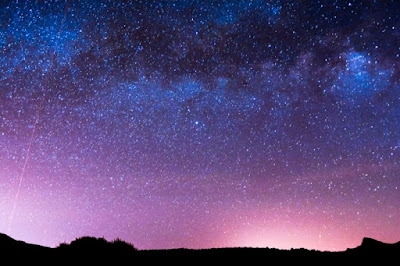 Scientists have discovered a new dwarf planet beyond the orbit of Pluto. The planet is currently named 2014 UZ224 and scientists believe there are still hundreds awaiting discovery beyond its orbit.
Ever since Pluto was fatefully downgraded from a planet to a dwarf planet, our celestial backyard has become quite semantically confounding. A newly discovered object only adds to this cosmic confusion. A team at the University of Michigan has discovered a new dwarf planet in our solar system beyond the orbit of Pluto.
Our new celestial neighbor is known as 2014 UZ224. The dwarf planet is roughly 330 miles across. To put that in perspective, Ceres, another dwarf planet is 580 miles in diameter, making 2014 UZ224 exceptionally small. The dwarf planet is about 8.5 billion miles from the sun. Although scientists are still not certain of the exact orbital path of 2014 UZ224, it is believed that a single orbit around the sun would take roughly 1,100 Earth years.
David Gerdes, a professor of astronomy at the University of Michigan, led the team that found the new dwarf planet. They did so using a specialized camera he developed called the Dark Energy Camera (DECam). The scientific community hopes this camera will help shed light on the role of dark energy in the accelerating expansion of the universe.
The Dark Energy Survey, originally commissioned by the U.S. Department of Energy, uses the camera to map distant galaxies. As part of DES, the DECam takes a few images of the sky about once a week. These weekly mappings are what eventually led to the discovery of 2014 UZ224.
Up until this discovery, there were five recognized dwarf planets in our solar system: Ceres, Pluto, Eris, Makemake, and Haumea. However, Scientists believe there could be more than 100 waiting to be discovered.
But is it really a dwarf planet?
If you thought the scientific community had put a lid on this categorization brouhaha, you were wildly mistaken. The definition of a dwarf planet is fairly cut and dry. To be considered a dwarf planet, the object must orbit the sun, it must have enough mass to assume a roundish shape, it cannot be a moon, and it has not cleared the neighborhood around it, according to NASA. Based on current criteria, Gerdes believes the term dwarf planet is appropriate. Although some are already positing a potential backlash due to the rather small size of 2014 UZ224. Regardless, the International Astronomical Union will eventually have the final say.
We may be adding a new ninth planet soon enough…
For decades, scientists believed the outermost portions of solar system were composed mostly of icy objects smaller than Pluto. However, a a recent report theorizes a ninth planet — much larger than Earth — exists in this area. This claim in particular was not made by your run-of-the-mill conspiracy theorist either. A report published in The Astronomical Journal by Mike Brown, the astronomer who discovered Eris, in partner with Konstantin Batygin, claim that the peculiar orbital discrepancies in objects beyond Neptune are being caused by an unseen planet, roughly 10 times more massive than Earth.
The search is on, however, until then, we can only dream of what may one day re-complete the fabled planetary acronym of our childhood. Although “Our Very Educated Mother Just Served Us Nachos,” does have a certain ring to it.
Interesting reading the above dot links, especially the Pluto one.  This another case of the all the planets in the Solar System have dramatic changes in Climate. How about climate change and what they tell us.  See http://www.geofffreed.com/search?q=Solar+System+Climate+Change  Letter to Head of NASA by 49 staff at NASA including scientists, engineers, astronauts.
http://wakeup-world.com/2011/05/13/solar-system-climate-change/
https://ascendingstarseed.wordpress.com/2011/01/23/solar-system-changes/ 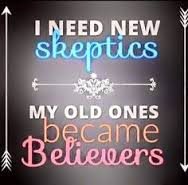 Courtesy pinterest.com
Alerting you to the facts that some skeptics debunk anything, however there is solid evidence that there is a climate change on all the planets. Just recently I have been mentioned in the Skeptics site and denounced. Several have done this and to many more folk and Complimentary Medicine, Yoga, Meditation and you name it.
Regarding me, they got my age incorrect, I am not a psychiatrist and other details.  They ignore back up facts and just like to feel powerful because they denounce anything that they feel is their security and this is challenged.  Do they really feel they are doing the world a justice. People make up their own minds, they just defeat themselves by picking out sentences and demolishing the whole from the part.

I admit I do the same in some ways, regarding for instance Climate Change I do bring in the 49 as as above and facts from NASA itself about planetary climate change. Apologies for griping and moaning. This means there are now two occupied space stations orbiting Earth. The other one, of course, is the International Space Station (ISS). Compared to the ISS, the Tiangong 2 is small. Indeed, it nearly doubled in size when the Shenzhou 11 joined it. Linked together, the merged spacecraft will orbit Earth for the next month providing a home in space about the size of a double decker bus.
If all goes as planned, astronauts Jing Haipeng and Chen Dong will more than double the record for the longest-duration Chinese crewed mission, extending the mark from 15 days to 33 days. They will spend their time conducting science experiments and rehearsing procedures for future missions: Within a few years, China plans to start launching modules for a much larger Mir-class space station slated for completion in the 2020s. 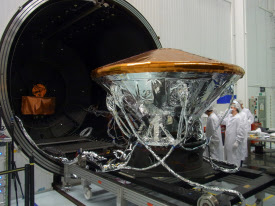 Schiaparelli prepares for thermal tests. Credit: ESA – B. Bethge
MARS LANDING TODAY! This Wednesday, Oct. 19th, a European Space Agency (ESA) probe named "Schiaparelli" will parachute to the surface of Mars following a fiery plunge through the atmosphere. Launched from Earth last March, Schiaparelli hitched a ride to Mars onboard the Trace Gas Orbiter, a satellite that will spend the next few years scanning the Red Planet for chemical signs of life--especially biogenic methane. Follow the action on the ESA's live webcast(Both Courtesy spaceweather.com).
How to fix America's corrupt political system. 5 mins
Human Resonance---magnetic basalt found in the Baltic Sea.  9 mins.  Said to be 14,000 yrs old.
Oliver Stone on respect media. 2 mins
SINUSOIDAL GROUND CURRENTS IN NORWAY: Last night in the Lofoten Islands of Norway, electrical currents began to flow through the ground, back and forth with a sinusoidal period of 74 seconds. Rob Stammes recorded the phenomenon at his geomagnetic observatory: "Just after midnight UTC and around 02.36 local time, my ground current instruments picked up these very stable pulsations," says Stammes.
Currents in the ground are connected to events high overhead.  Earth's magnetic field above the Lofoten Island was also swinging back and forth, inducing amperage in the soil beneath Stamme's observatory.

These are natural ultra-low frequency oscillations known to researchers as "pulsations continuous" (Pc). The physics is familiar to anyone who has studied bells or resonant cavities. Earth's magnetic field carves out a cavity in the surrounding solar wind. Pressure fluctuations in the solar wind can excite wave modes in the cavity--usually in a noisy cacophany of many frequencies, but sometimes (like last night) with monochromatic purity. In a sense, Earth's magnetic field "rings like a bell," with slow tones that reach all the way down to the ground.  References: #1, #2, #3.( Courtesy Rob Stammes and spaceweather.com) 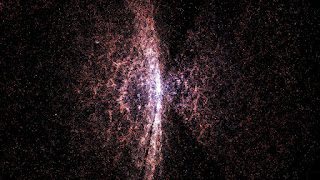 http://www.newsmax.com/SciTech/scientists-signals-stars-aliens/2016/10/24/id/755108/
This is about possible signatures or messages from Stars which could be ET. 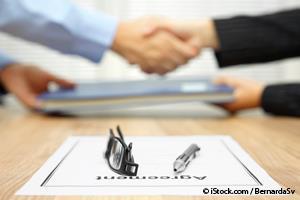 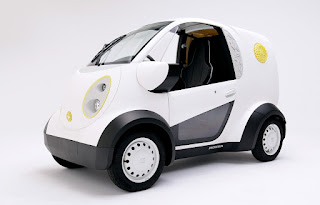 from article
This is supposed to be an Alien attack on a Texas facility. I am almost sure this is another hoax. 6 mins.  Although David Wilcock has said in his site 'Divine Cosmos' THAT SOME UNDERGROUND BASES WERE DESTROYED BY ET' I  guess it's make up your mind time again.
Larry King, Tom Delonge, Michael Shemer and James Fox discuss UFO's. 1 min taster.
http://www.dailymotion.com/video/x2rm1xx_ufo-experts-james-fox-tom-delonge-and-michael-shermer-tell-la ----for full 26 mins.
I hope your Lives are 'over the Moon' in the greatest and most wonderful way.
Be Well Geoff.
Posted by GEOFF FREED ONLINE at 04:29