Well here we are again, welcome.
Basiago and Eisenhower regarding base on Mars.  5 mins
According the super soldiers there are bases on the moon and Mars. You can search for the super soldiers in the search panel at left hand side.

Dan Ackroyd on real men in black.  5 mins
Dan puts his reputation on the line while reporting.  Brave man.
Are UFO' real listen to Two Sheriffs from Montana have to say. 1hr.10 mins.
These Sherrifs really are very credible real down to earth men and they come over as very sincere.
I thought you should know 3 mins  You Will Be shocked when you find out who the lawyer was?

This shocked me, it is blatant and really most horrible.

Russia's top religious leader performs ancient ritual in Antartica 6 mins.
COULD THIS IN ANYWAY BE CONNNECTED TO THE BACK POSTS AND THE USA, GERMANY AND RUSSIA INTERESTED IN BOTH POLES?
GERMAN SPY REVEALS MORE ABOUT HOLLOW EARTH. 9 mins.
SEE MORE ON THIS IN POSTS 28, 117 AND 273 AND THERE IS MUCH MORE, SUCH AS:-

Flight Log: Base Camp Arctic, 2/19/1947
06.00 Hours - All preparations are complete for our flight northward and we are airborne with full fuel tanks at 0610 Hours.
06.20 Hours - fuel mixture on starboard engine seems too rich, adjustment made and Pratt Whittneys are running smoothly.
07.30 Hours - Radio Check with base camp. All is well and radio reception is normal.
07.40 Hours - Note slight oil leak in starboard engine, oil pressure indicator seems normal, however.
08.00 Hours - Slight turbulence noted from easterly direction at altitude of 2321 feet, correction to 1700 feet, no further turbulence, but tail wind increases, slight adjustment in throttle controls, aircraft performing very well now.
08.15 Hours- Radio Check with base camp, situation normal.
08.30 Hours - Turbulence encountered again, increase altitude to 2900 feet, smooth flight conditions again.
09.10 Hours - Vast Ice and snow below, note coloration of yellowish nature, and disperse in a linear pattern. Altering course for a better examination of this color pattern below, note reddish or purple color also. Circle this area two full turns and return to assigned compass heading. Position check made again to Base Camp, and relay information concerning colorations in the Ice and snow below.
09.10 Hours - Both Magnetic and Gyro compasses beginning to gyrate and wobble, we are unable to hold our heading by instrumentation. Take bearing with Sun compass, yet all seems well. The controls are seemingly slow to respond and have sluggish quality, but there is no indication of Icing!
09.15 Hours - In the distance is what appears to be mountains.
0949 Hours - 29 minutes elapsed flight time from the first sighting of the mountains, it is no illusion. They are mountains and consisting of a small range that I have never seen before!
09.55 Hours - Altitude change to 2950 feet, encountering strong turbulence again.
10.00 Hours - We are crossing over the small mountain range and still proceeding northward as best as can be ascertained. Beyond the mountain range is what appears to be a valley with a small river or stream running through the center portion. There should be no green valley below! Something is definitely wrong and abnormal here! We should be over Ice and Snow! To the portside are great forests growing on the mountain slopes. Our navigation Instruments are still spinning, the gyroscope is oscillating back and forth!
10.05 Hours - I alter altitude to 1400 feet and execute a sharp left turn to better examine the valley below. It is green with either moss or a type of tight-knit grass. The Light here seems different. I cannot see the Sun anymore. We make another left turn and we spot what seems to be a large animal of some kind below us. It appears to be an elephant! NO!!! It looks more like a mammoth! This is incredible! Yet, there it is! Decrease altitude to 1000 feet and take binoculars to better examine the animal. It is confirmed - it is definitely a mammoth-like animal! Report this to Base Camp.
10.30 Hours - Encountering more rolling green hills now. The external temperature indicator reads 74 degrees Fahrenheit! Continuing on our heading now. Navigation instruments seem normal now. I am puzzled over their actions. Attempt to contact Base Camp. Radio is not functioning!
11.30 Hours - Countryside below is more level and normal (if I may use that word). Ahead we spot what seems to be a city!!!! This is impossible! Aircraft seems light and oddly buoyant. The controls refuse to respond!! My GOD!!! Off our port and starboard wings are a strange type of aircraft. They are closing rapidly alongside! They are disc-shaped and have a radiant quality to them.
They are close enough now to see the markings on them. It is a type of Swastika!!! This is fantastic. Where are we! What has happened. I tug at the controls again. They will not respond!!!! We are caught in an invisible vice grip of some type!
11.35 Hours - Our radio crackles and a voice comes through in English with what perhaps is a slight Nordic or Germanic accent! The message is: 'Welcome, Admiral, to our Domain. We shall land you in exactly seven minutes! Relax, Admiral, you are in good hands.' I note the engines of our plane have stopped running! The aircraft is under some strange control and is now turning itself. The controls are useless.
11.40 Hours - Another radio message received. We begin the landing process now, and in moments the plane shudders slightly, and begins a descent as though caught in some great unseen elevator! The downward motion is negligible, and we touch down with only a slight jolt!
11.45 Hours - I am making a hasty last entry in the Flight Log. Several men are approaching on foot toward our aircraft. They are tall with blond hair. In the distance is a large shimmering city pulsating with rainbow hues of color. I do not know what is going to happen now, but I see no signs of weapons on those approaching. I hear now a voice ordering me by name to open the cargo door. I comply.
End Log

Admiral Richard B. Byrd's Diary (February - March 1947)
The exploration flight over the North Pole
The Inner Earth - My Secret Diary
I must write this diary in secrecy and obscurity. It concerns my Arctic flight of the nineteenth day of February in the year of Nineteen and Forty-Seven.

There comes a time when the rationality of men must fade into insignificance and one must accept the inevitability of the Truth! I am not at liberty to disclose the following documentation at this writing ...perhaps it shall never see the light of public scrutiny, but I must do my duty and record here for all to read one day. In a world of greed and exploitation of certain of mankind can no longer suppress that which is truth.
INSIDE NOAHS ARK---5  mins.
I have no doubt there is a Noah's Ark, I feel it did not contain actual physical forms, it wouid hace to been massive.  It maybe that it contained the genes and seeds or it might have been taken up to somewhere else. This however looks interesting 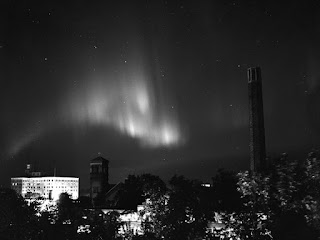 A photograph of the aurora over Mason City, Iowa, 18 September 1941. Credit: Mason City Public Library
https://eos.org/features/the-geomagnetic-blitz-of-september-1941
AMAZING.
Have you ever seen an atom? 3 mins
WHERE IS HILARY-----WATCH THE CELL PHONES ? 5 mins.
Putin bans Rothchilds and NWO  24 mins
WARNING THIS 18 min video is very explicit it describes Illuminati Satanic Rituals.

When I was a therapist at St James Church Piccadilly a young women came to the clinic and selected me as her therapist as she told me her abuse through the Rituals and involved her Mother and Father  where she lived near Glastonbury I had to stop her and inform her to go to the Police.  She said they said she was lying and seeking attention.
I went to the Chief Superintendent at the Police Station where I was working behind Marble Arch as I was required to do by law in such cases( by the Therapists Association and Civil Law) The Chief a kindly and understanding man found a Police officer who was willing to investigate this without bios and prejudice.  Her story was true and proceedings taken.
From her story she told me enough as to the video above which is very similar in context.
Amazing Ceremony at the opening of the worlds largest railway tunnel---near CERN--a real Satanic ritual with worlds leaders present. This is not a hoax. 9 mins.
Boeing every 3 mins---what an assembly line.
INTERNET HEROES -----NSA, GCHQ, YOU TUBE AND GOOGLE  WHAT'S THE DIFFERENCE?  ENCOURAGING DISRESPECT AND ANGER------AS IF THERE ISN'T ENOUGH VIOLENCE AND ANGER IN THE WORLD. 4 MINUTES OF SHAME GOOGLE.
More Sacred Geometry that links in with my patterns and binary codes as in the 1967 writings.
2036 -----4 mins
MIR Spacecraft worst collision in Space History . 4 mins
Transhumanism------Dr Farrell and Daniel Litz ----43 mins
Whilst I agree with these two wise erudition-wise super beings, I have to disagree  with their take on androgyny, it does not preclude male and female genders, neither do I like the marriage between man and machine.  See Kurwell and Co in Posts 135A Special No 1, 136 A Special No 2, Post 139 and in my 1967 writings
http://www.energygrid.com/futurity/geoff-freed/2013/01a.html
Posts 1-4

http://wizzed.com/19-mysterious-extinct-human-species/
I make the point of ascension being the next step from Homo Sapiens  to Homo Spiritulana, not man to machine but a natural organic flesh body to a lighter form and some an energetic body.
I leave you with this long video ' the suppressed science of consciousness' 2hrs 28 mins AS THE NEXT TWO POSTS ARE SPECIFICALLY FOR THOSE FRIENDS AND READERS WHO WANT SERIOUS UP DATES ON THE 1967 WRITINGS AS CARRIED ON FROM ENERGYGRID JANUARY 2013.
I WILL BE BACK WITH A GENERAL ONE AS USUAL IN POST 285. THANKS FOR YOUR UNDERSTANDING AND PATIENCE. 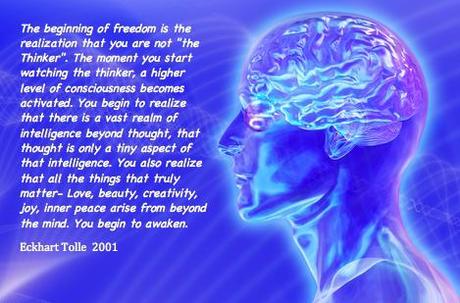 ONE REALIZES THAT THOUGHT IS A PROGRAMME FROM THE HARDRIVE OR SOFTWARE DOWNLOADED THROUGH LIFE LIVING EXPERIENCES, THIS DOWNLOAD PUT A NET OR VEIL OVER THE WATCHER / WITNESS / AWARENESS AND ON GAINING THE FREEDOM FROM THOUGHT ONE FINDS ONESELF AND IS MEDITATING
http://www.huffingtonpost.com/entry/tasmanian-devils-cancer-evolution_us_57c7ddaee4b0e60d31dd328a?utm
Well this started with research tracing our fingers back in evolution in another research, they are coming round NOT to Darwin but an unknown 'factor' in evolution. I maintain that is the same 'force' an intelligence that is named by many as God, Ascension Process, Divine Intelligence, Source of Life, Cosmic Consciousness. It would be hard for some scientists, politicians and some Doctors to admit there is a greater intelligence at work than theirs.
Iraq Minister on Sumeria and Space Travel by ET. 2 mins.
Mind Blowing---hints by NASA, China, Russia and others are we getting to disclosure?
Posted by GEOFF FREED ONLINE at 05:50