Hello and Welcome.  Our Universe holds many mysteries and below is one of them


In a binary star system, each star of the pair follows an elliptical orbital path. Mutual gravity causes the stellar companions to glide around their orbits as if tied to the ends of an elastic string passing through a balance point between them. The balance point is the system's "center of mass". Also known as zeta Ursae Majoris, Mizar is the middle star in the handle of the Big Dipper and at a distance of 88 light years, was the first binary star system to be imaged telescopically.{ It is my view they are travelling around the event horizon of a stargate/black hole  They will be 'swallowed' up eventually, imprinted in the matrix and be spewed out again as 'material ' for another star system.  Perfect recycling}.
http://exopolitics.org/pope-francis-to-announce-extraterrestrial-savior-according-to-new-book  This theme came up with Pope Paul John and the meeting of scientists in Rome and the observatory that the Catholic Church has observing the Sun.  It has been postulated that the Vatican has knowledge of the 'Sun Gods' the large skull beings who were allegedly around at the time of the Pyramids and mentioned in many books and that they came through a wormhole, the best treatise on this I know is:

Nassim Haramein.  The sun part is about three hours or so in. It is long, however, make some tea, snacks and enjoy the ride, it is a compelling and startling 6 hrs. The UFO and wormhole and Vatican stuff is intriguing to say the least.

Nassim states that the sun is the central portal for the arrival of UFO's to the systems in the Milky Way including our solar system, his science is very much like my own and also when I worked with my dear friend from Russia briefly in a privately funded laboratory in Cambridge.  Michael Balenovski is now back somewhere in Russia and we were forced to shut down due to our successful work on wormholes, black holes which we called Stargates.

by NICHOLOS WETHINGTON on NOVEMBER 10, 2009
Share on facebookShare on twitterShare on emailShare on pinterest_shareMore Sharing Services19 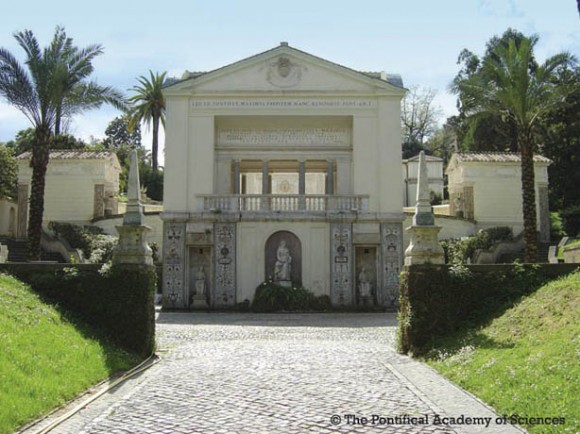 Though it may seem an unlikely location to happen upon a conference on astrobiology, the Vatican recently held a “study week” of over 30 astronomers, biologists, geologists and religious leaders to discuss the question of the existence of extraterrestrials. This follows the statement made last year by the Pope’s chiefastronomer, Father Gabriel Funes, that the existence of extraterrestrials does not preclude a belief in God, and that it’s a question to be explored by the Catholic Church. The event, put on by the Pontifical Academy of Sciences, took place at the Casina Pio IV on the Vatican grounds from November 6-11.
The conference was meant to focus on the scientific perspective on the subject of the existence of extraterrestrial life, and pulled in perspectives from atheist scientists and Catholic leaders alike. It was split into eight different segments, starting with a topics about life here on Earth such as the origins of life, the Earth’s habitability through time, and the environment and genomes. Then the detection of life elsewhere, search strategies for extrasolar planets, the formation and properties of extrasolar planets was discussed, culminating in the last segment, intelligence elsewhere and ‘shadow life’ – life with a biochemistry completely different than that found on Earth.
Speakers at the event included notable physicist Paul Davies and Jill C. Tarter, the Director of the Center for SETI Research. Numerous astrobiologists and astronomers researching extrasolar planets also were in attendance to give lectures. The whole series of speech abstracts and a list of participants is available in a brochure on the Vatican site, here.
Remove this ad
The event was held to mark the International Year of Astronomy, and the participants hope to collect the lectures into a book. Father Gabriel Funes, the chief astronomer of the Vatican, said in an interview to the Vatican paper, Osservatore Romano last year:

“Just like there is an abundance of creatures on earth, there could also be other beings, even intelligent ones, that were created by God. That doesn’t contradict our faith, because we cannot put boundaries to God’s creative freedom. As saint Francis would say, when we consider the earthly creatures to be our “brothers and sisters”, why couldn’t we also talk about a “extraterrestrial brother”? He would still be part of creation.”

Even with the discovery of over 400 exoplanets, the question of extraterrestrial life still remains to be answered in our own Solar System. It is a pertinent question for the religious and non-religious alike. Though it wasn’t answered at this most recent conference, the existence of life outside what we know here on Earth has an equal impact on the findings of science as it does the meaning of religion. This event certainly brought the two under the same roof for what were surely some interesting and fruitful conversations.
Source: Physorg, Pontifical Academy of Sciences
Read more: http://www.universetoday.com/44713/vatican-holds-conference-on-extraterrestrial-life/#ixzz2PxEB6Z5I

Onto an unholy theme until we get back to wormholes POSTS 3/10 and so on:

Trust you enjoyed the humour and fun.

In a different kind of vain:

This was from a film and first posted 2007. Not much has changed outside but a lot inside.

Zeitgeist Addendum  I t is 123 mins long, but a great synopsis of current events, many of you may have seen other versions.

Our vegetables and fruit are about to be patented to grow Monsanto’s profits, making food more expensive and strangling the farmers we rely on everyday. But we can pressure European countries to step in and stop the corporate food attack. We have no time to lose -- up to 800 patents are in the pipeline waiting to be approved!Join me in this campaign here:http://www.avaaz.org/en/monsanto_vs_mother_earth_loc/?kTVTzbb

Here I would like to mention a man I admire for his courage, patience, persistence and perseverance. Lloyd Pye and the Starchild Project:


Onto a highly controversial subject:

Hydraulic fracturing is the propagation of fractures in a rock layer by a pressurized fluid. Some hydraulic fractures form naturally—certain veins or dikes are examples—and can create conduits along which gas and petroleum from source rocks may migrate toreservoir rocks. Induced hydraulic fracturing or hydrofracturing, commonly known as fracing, fraccing, or fracking, is a technique used to release petroleum, natural gas (including shale gas, tight gas, and coal seam gas), or other substances for extraction.[1] This type of fracturing creates fractures from a wellbore drilled into reservoir rock formations.

The first experimental use of hydraulic fracturing was in 1947, and the first commercially successful applications in 1949. As of 2010, it was estimated that 60% of all new oil and gas wells worldwide were being hydraulically fractured.[2]

Most tremors caused by fracking are no more noticeable than those caused by "jumping off a ladder onto the floor", researchers have said.

Experts at Durham University looked at tens of thousands of fracking operations around the world but found they were "not significant" in causing earthquakes.

The process - which involves pumping a mixture of water and chemicals underground to deliberately crack sedimentary rock and extract oil and gas - is controversial, with a temporary ban only lifted by ministers in December last year.

However, Professor Richard Davies, of Durham Energy Institute, said: "Most fracking-related events release a negligible amount of energy roughly equivalent to, or even less than, someone jumping off a ladder onto the floor.

"It is extremely unlikely that any of us will ever be able to feel an earthquake caused by fracking.

Engineers on the drilling platform of a fracking facility in Lancashire

"But, theoretically, it cannot be ruled out completely. We cannot see every fault underground and therefore cannot completely discount the possibility of the process causing a small, felt earthquake."

A quake at Preese Hall near Blackpool, Lancashire, last April had a magnitude of 2.3.

Professor Davies said that in "almost all cases", seismic events caused by fracking were undetectable other than by geoscientists using specialist equipment.

He said oil and gas companies can reduce the risk of causing earth tremors by avoiding fault lines that are "critically stressed and already near breaking point".

The first two are on fracking the one above is part fracking and great spiel on the USA and could apply to almost all politicians.

What will it take to stop the rape of the Earth and another unnatural disaster.  There are so many free energy devices available, yet the money monsters need to do this.

Dear friends what we have done collectively to Mother Earth and its peoples is shameful and diabolical.  However, hope springs eternal in the human breast and many are now heart awakening.

Take care and Be Well. Geoff

PS. DEEP HEALING AND LOVING THOUGHTS TO THOSE FAMILIES, FRIENDS AND RELATIVES IN THREE TRAGIC HEADLINE NEWS AND THOSE WE DO NOT HEAR ABOUT.
Boston Marathon
Iran Earthquake going into Pakistan
Texas Fertiliser factory.
Posted by GEOFF FREED ONLINE at 01:59