Hello with sunshine in the UK and hopefully lasting for a while, and wherever you are sunshine in your life in all ways.

Once again this DNA ET  stuff arises this one is interesting for several reasons:


http://www.disclose.tv/news/Scientific_proof_we_were_created_by_aliens/92867  the reasons are, compare this with  Post 2 and also my codes from 1967 writings Post 10 and in the

Please see these last four blogs in energygrid which contain codes which are energy signatures. As you will see I was merely the scribe and had to find some semblance of proof.  It is equally valid to say one can fit a number of sequences, data, gobbledgook(jargon for '
language that is meaningless or is made unintelligible by excessive use of technical terms:)

to fit any set of circumstances and seem to make sense of it and what's more seemingly plausible. I take full responsibility and am not claiming it is a truth, I merely offer it for consideration.

816 Comments
Ali Razeghi, a Tehran scientist has registered "The Aryayek Time Traveling Machine" with the state-run Centre for Strategic Inventions.
The device can predict the future in a print out after taking readings from the touch of a user, he told the Fars state newsagency.
Razaeghi, 27, said the device worked by a set of complex algorithims to "predict five to eight years of the future life of any individual, with 98 percent accuracy".
As the managing director of Iran's Centre for Strategic Inventions, Razeghi is a serial inventor with 179 other inventions listed under his own name. "I have been working on this project for the last 10 years," he said.
"My invention easily fits into the size of a personal computer case and can predict details of the next 5-8 years of the life of its users. It will not take you into the future, it will bring the future to you."

Razeghi says Iran's government can predict the possibility of a military confrontation with a foreign country, and forecast the fluctuation in the value of foreign currencies and oil prices by using his new invention.
"Naturally a government that can see five years into the future would be able to prepare itself for challenges that might destabilise it," he said. "As such we expect to market this invention among states as well as individuals once we reach a mass production stage."
Razeghi said his latest project has been criticised by friends and relatives for "trying to play God" with ordinary lives and history. "This project is not against our religious values at all. The Americans are trying to make this invention by spending millions of dollars on it where I have already achieved it by a fraction of the cost," he said. "The reason that we are not launching our prototype at this stage is that the Chinese will steal the idea and produce it in millions overnight.

Michael J Fox starred in Back To The Future. Unlike the time machine in the film Ali Razeghi's cannot take you into the future.

This is the future. Grow as much organic food as possible, wherever one can.  I live in a block of flats and in our large garden we could feed the whole street.  The landlords say it is for pleasure, and yet only three of us go into the garden.

This is an amazing transformation.

Them there ET again ?
CME IMPACT: A coronal mass ejection (CME) swept past Earth on April 13th around 22:55 UT. The impact rattled Earth's magnetic field and induced electrical currents in the ground around the Arctic Circle. Rob Stammes recorded the effects of the impact from a geophysical monitoring station at the Polar Light Center in Lofoten, Norway: "On my instruments there was a clear signature of the incoming coronal mass ejection," says Stammes. "The impact was not as strong as expected, but there were nice variations on my magnetometer and ground current instruments. There were also Northern Lights.

Once again no mention of the biological affects /effects, please refer to: :http://www.energygrid.com/destiny/geoff-freed/2012/03c.html  for more details on the weather and us.

http://www.dailymail.co.uk/news/article-2299071/Aliens-elephants-Whats-causing-perfect-ice-circles-New-York-pond.html
This is interesting, beautiful pond circles, a crop circle and an amusing short interview.


Full Moon Silhouettes is a real time video of the moon rising over the Mount Victoria Lookout in Wellington, New Zealand. People had gathered up there this night to get the best view possible of the moon rising. I captured the video from 2.1km away on the other side of the city. It's something that I've been wanting to photograph for a long time now, and a lot of planning and failed attempts had taken place. Finally, during moon rise on the 28th January 2013, everything fell into place and I got my footage.
The video is as it came off the memory card and there has been no manipulation whatsoever. Technically it was quite a challenge to get the final result. I shot it on a Canon ID MkIV in video mode with a Canon EF 500mm f/4L and a Canon 2x extender II, giving me the equivalent focal length of 1300mm.
Music - Tenderness by Dan Phillipson : premiumbeat.com/royalty_free_music/songs/tenderness

This second rendition is set to a scenario from 'Rive Dance' a wonderful inspiring Irish dancing, singing, instrument playing series of concerts, like Spanish Dancing Flamenco it 'sets me alight'.

Tony Rooke refused to pay a TV
license fee because the BBC
intentionally misrepresented facts
about the 9/11 attacks, he alleged.

It is widely known that the BBC
reported the collapse of World Trade
Center Building 7 over 20 minutes
before it occurred. WTC 7 was a 47-
story skyscraper that was not hit by
a plane on 9/11 but collapsed at
free-fall speed later that day.

So Rooke said the BBC had to have
had prior knowledge to a terror attack
making them complicit in the attack.
He presented the BBC footage to the
judge along with a slew of other evidence,
and the judge agreed that Rooke had a
reasonable case to protest. Rooke was
found not guilty and he was not fined
for failure to pay the licensing fee.
Video (about 8 and a half mins):

Here is the broadcast where the BBC
announced the collapse of WTC 7 while
it was still standing behind the reporter:

Same as above with a totally different slant.  A hysterical man and his opinion.

Persuade your Dentist to use white fillings, ceramic if possible and avoid root canal fillings if possible, I know I have white fillings and feel better when old amalgam is removed.  Trouble is--- the cost --- well after all we the public are expendable so poison them with mercury and fluoride, its easier and cheaper than dumping it in the sea or Earth and make a fortune for the dentists and tax on them by the Government, how to make a lot of money by slowly killing off the population, not many doctors can diagnose poisoning by amalgam or fluoride, so you get sick, then given scans, X-rays, antibiotics, which we are slowly becoming immune too through over prescribing, surgery and medicines, and all  this time Big Pharma are cashing in on it.  It is the perfect way to kill us off and make a fortune at the same time. There are ways to detox but it is time consuming and laborious.  Unfortunately even organic ingredients for this are either in the EU as 'non medically approved' or contaminated by the rain, and in the UK many of our bio or health shops are being told not to advertise the benefits herbs and so on and inspectors are removing certain products from the shelves.

I use a product which contains 22 herbal constituents, it has been around for years. I have used it for fifteen years.  Suddenly the EU decided to ban it, or limit it and monitor it because one herb is considered 'medical' cascara sagrada. I have had correspondance with the UK health Department and they say it is not approved by the Medical Authorities and only Doctors can prescribe it in medicinal form.  When I said you can buy it off the Internet, they said they are looking into this, and when I said all herbs, for instance garlic, ginger and so on could be considered medicinal, they said they were concerned that herbs, spices and natural 'elements' could be toxic. HEY HO welcome the GM people, who I am sure are behind this. Monsanto boo hoo!!! 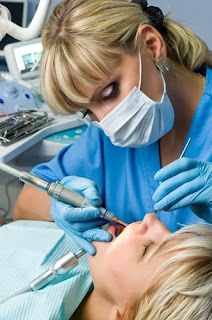 Photograph by John Lucic, My Shot
This Month in Photo of the Day: Nature and Weather Photos
The wind was blowing at 90 kilometers (56 miles) an hour. Snow was traveling horizontally and hitting the trees face on. It left a nice imprint on them.
(This photo and caption were submitted to My Shot.)  Courtesy National Geographic 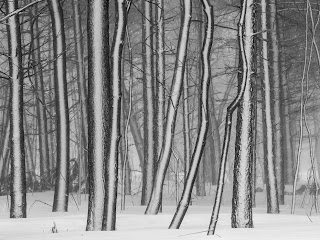 This is Boston Dynamics 'Pet Man ' robot there is a You Tube of it doing push ups and so on.

Published on 5 Apr 2013
The PETMAN robot was developed by Boston Dynamics with funding from the DoD CBD program. It is used to test the performance of protective clothing designed for hazardous environments. The video shows initial testing in a chemical protection suit and gas mask.

PETMAN has sensors embedded in its skin that detect any chemicals leaking through the suit. The skin also maintains a micro-climate inside the clothing by sweating and regulating temperature. Partners in developing PETMAN were MRIGlobal, Measurement Technology Northwest, Smith Carter, CUH2A, and HHI.

Another kind of robot.  This brings up that knife edge debate of surveillance, intrusion of privacy and whether you can trust the officers and officials with your data.
Take for instance this post /blog, and the ones beforehand and all that is in energygrid, all the information has been in the public domain.  However I do make my own observations and comments. These could be taken as inflammatory, inciting to riot.

Then take in the USA the problem and in the UK and elsewhere of 'public peaceful protest', whistle blowing. All this if peacefully facilitated and notice given to the authorities is being clamped down on.
Take a drone over a crowd, someone lights a cigar and its fuzzy, this person is a known felon, this incident was innocent, a law officer eager to 'get his man' arrests him from the drone video evidence, he is brought to court and charged.  I have seen terrible cases of honourable law officers eager to arrest a suspect, and in the zealousness to get this rogue off of the street and with benefit to society, never the less can in that instant break the law, albeit for societies benefit.

So how do you trust well meaning zealous officers, and the chiefs who have pressure to get results and show results for public support for law and order and the funding for this and those rogue officers who maybe bribed or wanting promotion, mortgage problems and so on?
My feeling is it in the 'morals' department. Education that is not based solely on success, and that success be measured in character, compassion and fairness, taught to parents, school teacher and a revised educational curriculum.  This would be costly and prohibitive to government, so until then we have to bear the weight of injustice at times and downright outrage from both ends of the spectrum.

Dear Readers I am ending here and will continue on education next Blog Post so until then.

Posted by GEOFF FREED ONLINE at 00:05