Hello and Greetings.  I really feel at home with native rituals and news, it seems to connect me with Mother Earth, here are a few samples:
http://balamchaycotzij.blogspot.ortance-of-partnership.hco.uk/2013/06/the-imp

Sweat Lodge
NEW SOLAR OBSERVATORY LAUNCHES TODAY: A new and unique solar observatory is poised to leave Earth today. IRIS (the Interface Region Imaging Spectrograph) will blast off from California's Vandenberg Air Force Base onboard a Pegasus XL rocket at 7:27 p.m. PDT. A modified L-1011 airliner will carry the rocket to 39,000 feet over the Pacific Ocean where the plane will drop the Pegasus to begin the launch. (continued below) 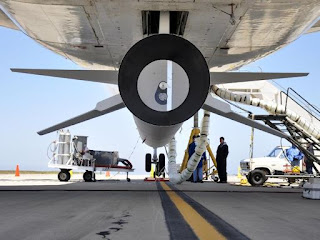 ove: Engineers mount the Pegasus to the belly of the Orbital Sciences L-1011.
NASA's Solar Dynamics Observatory (SDO) is known as the finest solar telescope ever launched into space. IRIS is equally capable, but in its own way. "IRIS almost acts as a microscope to SDO's telescope," explains mission manager Jim Hall. While SDO sees the entire sun, IRIS going to look closely at about 1 percent of the sun's surface, discerning features as small as 150 miles across.


IRIS will pay special attention to a thin layer of the sun's atmosphere called the "interface region" where most of the sun’s ultraviolet emission is generated. Researchers are keen to study this layer because it is probably the energy source for the sun's mysteriously-hot outer corona.
"IRIS will show the solar chromosphere in more detail than has ever been observed before," says Adrian Daw, deputy project scientist. "My opinion is that we are bound to see something we didn't expect to see." Stay tuned!

The most nutritious fruits and vegetables ‘see the dawn’

You can get more nutrition from the vegetables and fruits you buy in the shops by exposing them to the natural cycles of day and night, researchers have discovered.
Vegetables and fruits stay alive after they have been picked, and you can extend their life further by ensuring they experience the full circadian cycle of night and day.  They become richer in cancer-fighting antioxidants around the dawn when they increase their defences against aphids that would normally attack them while they were growing, say researchers from Rice University in California.
But produce that is stored away in the fridge or a dark shelf never have the sense of changing patterns during the day, and so don’t produce the antioxidants.
The researchers discovered the phenomenon when they tested cabbages, spinach, lettuce, courgettes (zucchini), carrots, sweet potatoes and blueberries for their aphid-fighting chemicals—which happens to be when they are at their most nutritious for us.
(Source: Current Biology, 2013; doi: 10.1016/j.cub.2013.05.034).

The health benefits of pomegranate juice just get better and better.  The juice lowers cholesterol levels and blood pressure, and researchers have discovered this week that it can help kidney patients on dialysis combat infections and heart problems.
The researchers, from the Technion-Israel Institute of Technology in Haifa, tested it on a group of 101 dialysis patients, who were given the juice or a placebo drink three times a week for a year.
The pomegranate juice group suffered fewer inflammatory problems, and they were less likely to need hospital care for infections.
The juice is a powerful antioxidant and infection-fighter, say the researchers.
(Source: 43rd Annual Meeting, American Society of Nephrology, Denver, Colorado, November 19, 2010).
The only drawback with this is in the UK certain fruits cost so much, my terribly forensic  mind says is it deliberately done?

If you have slightly raised blood pressure (prehypertension), don’t turn to a drug – snack on some raisins every day to lower it.  Eating a handful three times a day has a dramatic effect, and can normalise your levels.
Although people seem to know that raisins are good for hypertension, nobody actually had got round to proving it.  So researchers from the Louisville Metabolic and Atherosclerosis Research Center (L-Marc) decided to do just that.
They monitored the blood pressure of 46 men and women who were prehypertensive and tested the effects of raisins, other fruits and vegetables, and typical snacks such as biscuits and crackers over a 12-week period.
The raisin snacks lowered systolic and diastolic blood pressure by up to 7 per cent, while the other snacks didn’t have any effect.
The researchers believe the potassium in raisins is the active agent that is helping prehypertensives get their blood pressure back into the safe range.  Prehypertension is defined as a systolic pressure range from 120 to 139 mm Hg and diastolic pressure from 80 to 89 mm Hg.
(Source: 61st meeting of the American College of Cardiology annual scientific session, March 26, 2012).
A lot of folk have asked me why do you have a pop at the USA, the EU and UK?  Why not China, India, Iran, Russia and so on?  I have friends in the countries I have a go at and the whistle blowers are there as well. I do have contacts in Russia, China, Iran and so on, they are not whistle blowers, they are Qi Gong, science, cultural exchange and they do not blow whistles, and until they do that is our communication.  They are loyal and trustworthy and respect and love their country, we do not discuss politics, religion other than a discussion as regards customs, festivals and generalities.  I am deeply interested in their beliefs of faith and psychology. It broadens the minds scope for the understanding and cultural exchange.

http://healthfreedoms.org/2013/07/01/the-fluoride-myth/
FOR THE SAKE OF YOUR CHILDREN READ THIS.

THE ABOVE LINK ARE ABOUT MALARIA.
This video finally proves that the Red Cross did a field test showing malaria was cured using MMS (sodium chlorite+activating acid producing chlorine dioxide) with a 100% success rate in 154 cases within 24-48 hours. This formerly hidden video was kept from the public for over 5 months until recently discovered.
THE IMPORTANCE OF THIS VIDEO CAN NOT BE OVERSTATED! WHY?
IT's hard to believe the Red Cross would be involved in this sort of thing.  HOWEVER, they need funds and do incredibly wonderful work and maybe or probably paid a lot by the pharmaceutical companies to keep this quiet, like cures for cancer, free energy it doesn't pay to have healthy people. Sick people are cash cows. OK if you are genuinely sick, one needs help and care, however, it need not necessarily come from alopathic sources.
During 2006 and 2007 traces of three varieties of unapproved GM rice owned by Bayer CropScience were found in US rice exports in over 30 countries worldwide. At the time of discovery only one of the contaminating varieties (LLRICE62) had approval for cultivation in the US, the other two varieties (LLRICE601 and LLRICE604) had not. None of the contaminating varieties had approval for cultivation or consumption anywhere else in the world.
No GM rice has ever been grown commercially in the US and the source of the contamination is believed to be field trials of herbicide tolerant rice conducted between the mid-1990s and early-2000s by Bayer CropScience (or its precursor companies Aventis CropScience and AgrEvo). Bayer abandoned these trials in 2002. Despite two of their rice varieties, (LLRICE06 and LLRICE62) receiving deregulated status in 2002, none of Bayer’s GM rice varieties have ever been placed on the market US. The USDA official report into the incident identified the field trials as the source of contamination but was unable to decide whether gene flow (cross pollination) or mechanical mixing was the mechanism responsible for the contamination.
The incident has had a major impact on US rice exports with US rice being pulled from shelves worldwide. Many countries including the European Union, Japan, South Korea and the Philippines imposed a strict certification and testing regime on all rice imports, whilst Russia and Bulgaria imposed bans on US rice. By contrast other rice exporting countries have seen an increase in trade. The contamination episode has also affected seed producers; an entire non-GM rice variety Clearfield 131 was banned by US regulators in early 2007 when it was found to be contaminated, costing producer BASF billions of dollars in losses.
Bayer has sought retrospective approval for the contaminating rice varieties. Approval for commercial growing of LL601 was granted in the US in 2006 and approval for import was granted for LL62 in Canada in 2006.
Source:http://www.gmcontaminationregister.org/index.php?content=nw_detail2
http://www.youtube.com/watch?feature=player_embedded&v=-i5sDOdoFqg
Hmm. What do you make of this?  I had much the same when I landed at Halifax in 2000. 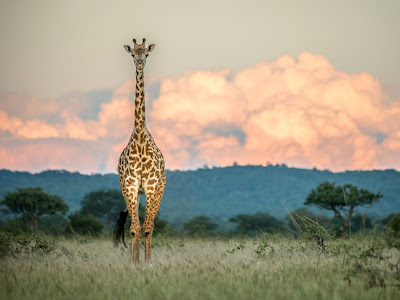 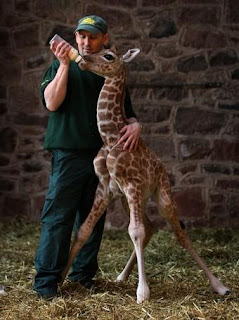 What a lucky man.
Eating walnuts is one of the very best ways to keep your heart and cardiovascular system healthy.  The nut raises levels of the HDL ‘good’ cholesterol, and its oil helps maintain strong blood vessels.
People with cardiovascular disease should take a sip of walnut oil after meals, say researchers from Penn State University, and everyone should eat a few walnuts every day.
They reckon that people who start eating the nuts and drinking the oil will dramatically reduce their chances of heart attack and cardiovascular disease, the number one killer in the West.
Although it’s known that whole walnuts reduce cholesterol levels, the Penn State researchers discovered why it’s so beneficial, and the importance that the walnut oil also plays.
They gave 85 grams of nuts and 51 grams of walnut oil to 15 people with raised cholesterol levels.  Within 30 minutes—and for up to six hours afterwards—the nuts and oils raised HDL ‘good’ cholesterol levels, and the oil was especially good for the health of blood vessels after a meal.
(Source: Journal of Nutrition, 2013; 143: 788-94).
http://wakeup-world.com/2013/07/12/biophotons-the-human-body-emits-communicates-with-and-is-made-from-light/
and
http://www.energygrid.com/destiny/geoff-freed/2009/11.html

A lovely few minutes of fun science 'the coiling effect'.
A brilliant 6 mins of 'Is journalism being criminalised.'
July 16, 2013 - The High Frequency Active Auroral Research Program (HAARP) — a subject of fascination for many hams and the target of conspiracy theorists and anti-government activists — has closed down. HAARP’s program manager, Dr James Keeney at Kirtland Air Force Base in New Mexico, told ARRL that the sprawling 35-acre ionospheric research facility in remote Gakona, Alaska, has been shuttered since early May.
Currently the site is abandoned,” he said. “It comes down to money. We don’t have any.” Keeney said no one is on site, access roads are blocked, buildings are chained and the power turned off. HAARP’s website through the University of Alaska no longer is available; Keeney said the program can’t afford to pay for the service. “Everything is in secure mode,” he said, adding that it will stay that way at least for another 4 to 6 weeks. In the meantime a new prime contractor will be coming on board to run the government owned-contractor operated
http://www.disclose.tv/news/HAARP_facility_shuts_down_and_will_be_dismantled/91109 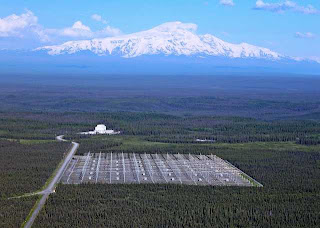 HAARP DISMANTLED ?  Not from What I heard.  Just changed hands.  Ooops.
WHAT ARE THEY HAARPING ON ABOUT ? (excuse pun)
Take Care. Geoff
Posted by GEOFF FREED ONLINE at 10:33