Is this the real reason for 'Prism' and all the surveillance?  Way back in energygrid I blogged about the FEMA CAMPS.
I KNOW A LOT OF PEOPLE FEEL JESSE VENTURA IS A HOT HEAD AND SO ON, PLEASE DO PUT ASIDE PREJUDICE AND LISTEN AND LOOK.  THIS IS BUT ONE OF THE MANY MANY OTHERS AND I WARNED ABOUT YEARS BACK.  PLEASE CIRCULATE NOW-------BECAUSE IF YOU DO NOT, EVERY COUNTRY WILL END  UP WITH THEM, AND SOME ALREADY HAVE.
WHEN WE BLAME ASSAD, THE LATE SADDAM HUSSEIN, GADAFFI ARE WE NOT IN SOME OF THE WESTERN WORLD SO CALLED DEMOCRACIES, DOING THE SAME?  DRONES, DRONES, EVERYWHERE AND A DIMINISHING DRONE OF BEES.
Published on 8 Apr 2013
Internment camps for political dissidents in the U.S. aren't a conspiracy theory. The Department of Defense document entitled "INTERNMENT AND RESETTLEMENT OPERATIONS" or FM 3-39.40 proves this beyond a shadow of a doubt.
This video is a re-upload. The original mysteriously stopped playing:http://www.youtube.com/watch?v=FfkZ1y...
Follow us on Facebook:http://facebook.com/StormCloudsGathering
Follow us on Twitter: http://twitter.com/collapseupdates
If you support our work please consider making a donation:http://StormCloudsGathering.com/donate
Visit our website: http://StormCloudsGathering.com
Get weekly email updates: http://tinyurl.com/naturalrightsnewsl...
Download link for FM 3-39.40: http://info.publicintelligence.net/US...
Army hiring for these internment camps:
http://www.goarmy.com/careers-and-job...
Isn't strange that on you tube the video mysteriously stopped playing,(see note above), and Social networks, Google and so forth, claim they did not collaborate with PRISM, NSA, AND ALL THE OTHER PRESSURE GROUPS.
BE VERY CAREFUL IN YOUR FACEBOOK, TWITTER, LINK WHATEVER, YOU ARE, YOU ARE BEING LISTENED TOO AND WATCHED.
REMEMBER DIGITALLY THEY CAN CUT AND PASTE AND YOU WILL HAVE NO EVIDENCE AS TO YOUR ORIGINAL CONVERSATION, EMAIL, LETTER OR BROWSING. 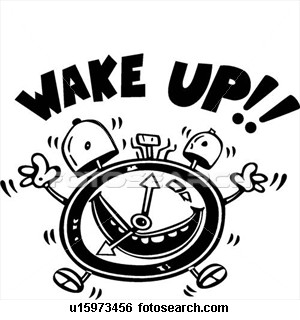 Call you up in the middle of the night
Like a firefly without a light
You were there like a slow torch burning
I was a key that could use a little turning
So tired that I couldn't even sleep
So many secrets I couldn't keep
Promised myself I wouldn't weep
One more promise I couldn't keep
It seems no one can help me now
I'm in too deep
There's no way out
This time I have really led myself astray
CHORUS
Runaway train never going back
Wrong way on a one way track
Seems like I should be getting somewhere
Somehow I'm neither here no there
Can you help me remember how to smile
Make it somehow all seem worthwhile
How on earth did I get so jaded
Life's mystery seems so faded
I can go where no one else can go
I know what no one else knows
Here I am just drownin' in the rain
With a ticket for a runaway train
Everything is cut and dry
Day and night, earth and sky
Somehow I just don't believe it
CHORUS
Bought a ticket for a runaway train
Like a madman laughin' at the rain
Little out of touch, little insane
Just easier than dealing with the pain
Runaway train never comin' back
Runaway train tearin' up the track
Runaway train burnin' in my veins
Runaway but it always seems the same

This is so apt, as the song say a runaway train (by Soul Asylum). The madness is on the roll, a snowball gathering its mass as it  crashes like a wild bull in a china shop. It would be a mammoth job to dismantle this massive entangled web of lies and deceit.
What sort of person would want to join an army that incarcerates many innocent people, especially youth?  What half decent human being or even a semblance of human being would volunteer to have Guantanamo camps under the guise of FEMA camps in their homeland? To know these people will have no legal representation, to torture them, force feed them?  What dark denizens lurk in the minds of those who set up these monstrosities, and recruit their like?
What pride, apart from being fooled you are protecting your country, democracy  and freedom, and actually do the opposite in your duty, at the end of your life what will you have to look back on?  Pay, security, a pension and then when you wake in the cold light of day, you may wish you had not done any of it, as we know from war veterans, the dreams, the screams, the begging and pleading of the victims will come back to haunt you.  You become a prisoner in the camp you watch over, you may go home at night, or barracks  but your mind becomes dull, imprisoned and saturated with the vibrations you soak in, so you become more brutal, seek more distraction from the horror.
Is there a way out? Yes. Break the mind energy, the thought processes of suppression, repression, and as you see from the FM.3-39.40 document reprogramming and brain washing is part of their process.
I STRONGLY DO ADVISE NO VIOLENCE, EVEN WHEN PROTESTING, PROTEST IN  Ghandi(Gandi) like manner, passive resistance. THE MOST IMPORTANT aspect of this is,NOT even to have fear, hate revenge in your mind when you protest.
Another way is to meditate, I have suggested a method and its results, there are many other ways.  Join in 'DO AS ONE', GCI meditations and see how this heartfelt intentionising works and the information of how this effective through the Institute of Heartmath.
OF course if a person is found guilty of crimes against humanity and there is proper recourse to transparent legal representation and in line with the constitution, then decent fair incarceration is viable.
TO THE JUDICIARY:- as a judge you are sworn as other professions, to uphold the law fairly and in some cases compassionately. It is patently obvious many of you are swayed by your government and not a law judgement but a political one. You may feel and think you are impartial, but blackmail, bribery and coercion can get to the most determined--- you can be worn down, or taken down. This applies to Police officers, Sheriffs, priests, politicians, local councils, lawyers and teachers, in fact from bus drivers to cleaners, to all of us, whatever our rank, profession or whatever, we are one world, one humanity, with one Life force.  Let us build a world that works for everyone everywhere.
REMEMBER ENERGY FOLLOWS THOUGHT. BREAK THE MIND ENERGY CYCLE OF THE RUNAWAY TRAIN----NOW.

This is more by Jesse Ventura

Posted by GEOFF FREED ONLINE at 03:55