Hi Folks. Greetings and wonder in your life.  Reach for the stars. In view of the stars below, the distances, and the size of the Universe, are we alone? It may seem so.  I have it from many sources and my own gut feelings, we are one of trillions and billions of civilisations of some sort. So are we special, you and I are we special, unique, a one off?   In a way yes, precious and lovely to ourselves and close ones---hopefully. In the great scheme of things------?
We may like to think of ourselves as gifted, a celebrity, a hobo, a nothing, yet that may describe our temporary transient life. This mask over the flesh body.  We may become disturbed when we feel 'the end is nigh' some day, some time, some place. Will it be an illness, a fatal heart attack, an accident, suicide, or something else. This can be the wake up call which starts the quest for 'who am I' any explanation will lead one to a dead end, pardon the pun.

Did I come from here?  I am made of the same stuff ---so where did the stuff come from?
I am a child of a God you say, who is this God and who created God? I am a product of the big bang and the Stars, well who created them? It was all an accident.  What caused the accident?  Countless thought felt answers. Yes there is an answer-----when all the questions fade away and in a flash, a sudden deep stillness and quietness descends as it were, in that rare moment of complete no thought, no sleep, an abundant clear nothingness, in that FLASH, you know---- you cannot speak or anything, a great peace is apparent, you get hot, cold, shivery, swoon like and laughter, a chuckle and off you go.  YOU KNOW FOR CERTAIN LIFE IS A JOURNEY AND THERE IS NO DESTINATION.

Courtesy  metalarchives.com
Does this bring fear.  It can wake us up to our mortality, our quick and swift stay in this flesh body. We try so hard to control it, make it beautiful, stay healthy.  We are a consciousness, a pure mind, this is part of the mind's creation and is a dream, which one day ends, and we then travel on, some of us return to this dream because it is and was so alluring, seductive, we know it, we felt safe even though we may have lived in squalor and torture.  The unknown seems to many, more frightening. So we want to control destiny and in the end we are defeated by death. We try to stave off the inimitable end, yet to know avail.  Even great stars have to shed their form and take on another. 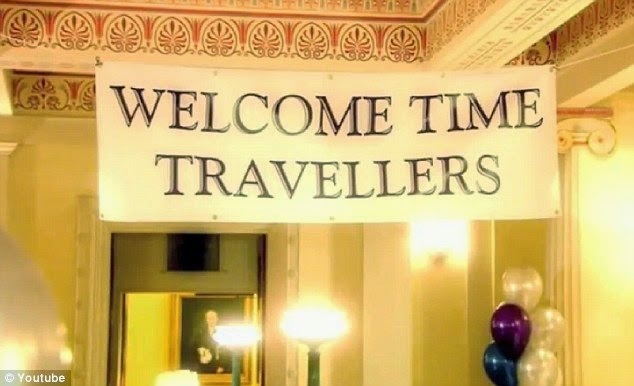 Courtesy The Daily Mail
Yes we are time travellers, not so in the flesh body, yet it may come to a journey and stay, a temporary destination, to experience, create and move on, when that expedient form has gleaned and established itself, realises its true essence and it moves on.  It also becomes so attached to the form and its commensurate and concomitant surroundings that it stays and reincarnates, reinvents itself, until it wears itself out and it is finally time to let go and move on. So destination nowhere becomes destination somewhere and that somewhere is nowhere, yet the awareness can experience it.
1000.000 Stars.
Thehttps://www.youtube.com/watch?v=_9s1h3WJ5kg Lost City of Dwarka
http://satyabhashnam.blogspot.co.uk/2009/01/dwarka-underwater-hindu-vedic.html 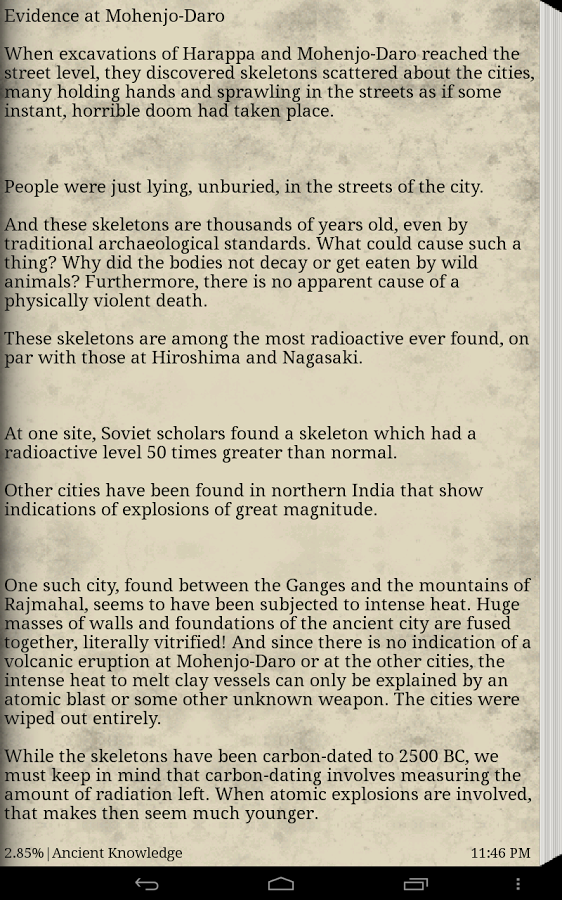 
A fantastic look and most provoking.
In energygrid I did a blog on the above. In back Posts there is a photo of my late dear Brother Wolf, My dear late cousin Cyril and me. Cyril had worked with Oppenheimer and later with Von Braun. He knew that the above ancients had this technology. A Rabbi I know showed me several instances of UFO's and advanced technology.  Again I did blogs in the grid way back.
http://dublinsmick.wordpress.com/2012/05/10/who-are-the-nefilim-where-did-they-go-will-they-return/
http://www.richardcassaro.com/hidden-italy-the-forbidden-cyclopean-ruins-of-giants-from-atlantis   A couple of sites to tease you.

http://www.disclose.tv/action/viewvideo/175459/Four_Corners__LOST__MH370/   This is an excellent account, no conspiracy theory, just facts taken from logs. MAKE UP YOUR OWN MIND.  To me it stinks. I think the Australian Chief Air Marshall gave the game away.  He says' that in 18 months or so they will find the final resting place'   The USA, Bilderbugs or whoever will use a submarine, dump the remains, after all the hooha has faded and it becomes a dim memory for many, not the families though.  Note how Australia and the USA are in bed with one another.
The Trailer of a MOST IMPORTANT FILM ABOUT CELL / MOBILE PHONE DANGERS. For the sake of your children please watch this trailer.  Thank you.
A MUST FOR ME-------REINCARNATION
http://www.energygrid.com/destiny/geoff-freed/2005/11.html

In the link above I describe a BBC programme of a small boy in Agra in India. Also mention of Dr Graham Farrants's cellular research, Dr Helen Wombach, Dr Richard Moody, Tibetan Book of the Dead, Dr Arthur Guirdham and much more.  In my workshops I used birthmarks as a marker and pointer. In forensics and as therapist I could relate to this.
The most astounding 'case' I came across is related in the link above under the description of  a Lady Scientist.
So dear readers believe it or not you may one day make a comeback.  Or do you wish to clear up unfinished business and so not have to come back to 'clear the slate' or perhaps you like it, had a good life and want more of the Earth flesh body experience. Its your choice.
I wonder what will happen to the Bilderbugs, the so called elite. They may have a very rude awakening.

Elizabeth Kubler-Ross is well worth researching and it is and was a great privilege to have met her she said (not word for word) 'I do not argue or try to prove my point about life after death, merely to say they will be pleasantly surprised when they pass over'.
So many occasions in workshops in Belgium, Germany, Italy and Canada of the UK, over the 'phone' people remembered or had pre life experiences, some call it distant or far memory, that released their anguish, sometimes illness and bettered their relationship to themselves and partners, family and so forth.

Stuff they don't want you to know.
This is quite old in content but very, very important 4 mins.  The remote viewing project with Uri Geller, Russell Targ and Ingo Swann, Hal Puthoff and many others, I had a hand in setting up the UK remote viewing group. Look at the research by Dr Dean Raidin
http://www.energygrid.com/destiny/geoff-freed/2007/11.html
also
http://www.glcoherence.org/monitoring-system/commentaries.html?mtcCampaign=9228&mtcEmail=13526879
Scroll down to section on 9 / 11 and other Earth events.  'The Men Who Stare At Goats'  film was and STILL is part of the Stargate Project and a spin off from the ongoing Remote viewing see  not the one I started with a Russian Scientist and is a physical device to transport to other planets.  Just go to the grid and search Stargate.
More research
http://davidmorehouse.com/  Some say he is not genuine, he is in my opinion but one has to exercise caution. 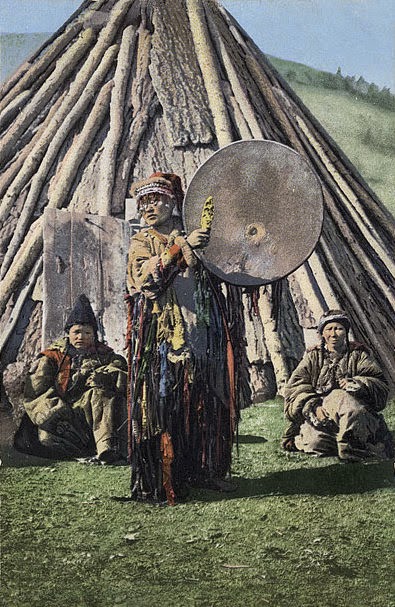 Courtesy en.wikipedia.org.  North American Shaman
I would like to draw your attention dear reader to a very remarkable book 'Spirit Talkers' North American Indian Medicine Powers by William S Lyon, a friend in Anchorage, Alaska sent me a signed copy.  It is 400 page book and the most comprehensive, brilliant and elucidating book on the subject.  You will probably not believe the anecdotes and stories and explanations. I can only say I do know because I have witnessed it and done a few things 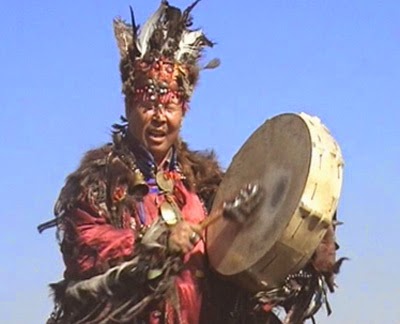 Courtesy www.trippytraveller.com  A Siberian Shaman.
My grandmother on my Mothers side was from the Ukraine and formerly Russia, she lived to just over a 100 and was a great shaman in her own way, she told me tales of them and Russian scientists I know will vouch for their 'powers' that I know. These scientists instead of scoffing and laughing and saying its all a trick have researched and agree with William S Lyon.  It makes remote viewers and random number researchers look like kindergarten children
A WORD OF WARNING DO NOT TRY ANY SHAMANISM OR SUCH LIKE WITHOUT GOING TO A BONA FIDE MASTER / MISTRESS. THE SAME GOES FOR YOGA, TAI CHI, QI GONG and the like.  A teacher takes 20 years, a Master 40. (Instructors can show the movements and so on, Teachers are finding Wisdom and are great at the philosophy and spirit, Masters /Mistresses are one with the Universe)
Some years back I was doing a workshop in Berlin and in another hall there was Lama Sogyal and another hall a German Healer. After our workshops finished two girls were brought in and they were foaming at the mouth and had seizures. They had been on a Vision Quest in the Black Forest with an American Man who claimed he was a Shaman. The man had been on a workshop and or two over a couple of months and now practised as a Shaman
Lama Sogyal, the healer and I were allowed by the very generous caretaker to stay on and try some healing.
We worked on the girls and something like a smoky swirling mist came out of the girls while they vomited and were writhing and in contortions.
The 'mist entities' went fast to the windows and made a noise as they 'ran' up and down the Venetian Blinds', I ran and let them out the window. We had the intuition that they were mischievous forest spirits and they were not happy in a human host.
WARNING DO NOT DO THIS WITHOUT A GENUINE SHAMAN.  I HAVE SEEN POSSESSION take place at seances, healing sessions to patient or healer, spiritualist meetings, Reiki meetings, prayer groups, Ouija Boards, drug sessions, white and black magic ceremonies and the like. Many of my clients were 'taken' over, not only by spirits but by strong personalities.

Courtesy we.hawaii.com
Shamans are in all countries and have similar ways. There are details of various shamanistic practices, having witnessed many in different countries there are similarities. PLEASE BE VERY, VERY, CAREFUL.  These powers do exist and I plead with you find a Master.
Until then keep well and Be Well.  Geoff
Addendum

Posted by GEOFF FREED ONLINE at 04:14