Hoping you liked part 1, here goes for part 2. I did not get the information from whistle blowers as expected because of an anticipated announcement.  I can only apologize and say watch this space. I will attempt a synopsis of the facts I have. I was advised not too, the latest from a very powerful whistle blower.
Lloyd Pye 'Everything you know is Wrong' I new the late Lloyd Pye and we spoke often.

New Path Of MH370 Revealed, As Officials Say They Are Confident Airlines Plane 'Was On Autopilot'

http://www.huffingtonpost.co.uk/2014/06/26/new-path-of-mh370-reveale_n_5532220.html
https://uk.news.yahoo.com/malaysia-jet-passengers-likely-suffocated-australia-says-001915883--finance.html#JP1k4wZ
I have repeatedly stated this will happen and I know definitely a false flag will follow. I can tell you a submarine is being prepared with the bodies of the passengers, being kept on ice and when in the sea recognizable accept for the 21 scientists on board and the parts of the plane ejected. Well the title is conspiracy or not of this Post. I would urge you to scroll down to relevant parts regarding MH370 IN POSTS  146, 150 and 157.  please access the facts and in particular pay heed to Jeff Rense.
Dr Karla Turner who was a said to have been murdered by the CIA for exposing the grey Aliens.


Many people connected to UFO research have ended up down blind alley's, frustrated, laughed and a few who got too close ended up dead.  Not by aliens but by those who wish to cover up this subject. I was going to give out some startling information, only my whistle blowers felt the time was not right and that there maybe a 'happening' soon. They are in the know so I have to take their advice, also I have to protect my sources of information.
As soon as it is safe as it were I will Post it. However, research back Posts and those to come re Gordon Cooper, Buzz Aldrin, Edgar Mitchell and others who I have mentioned along with Timothy Good, the late Ben Reich, ex Ministers of Government and you will get the picture.

air.html  Well done Peugeot / Citroen. This is not a new concept, India produced a few of these, they were shut down by the Petro / Chemical Bods. Lets see how this gets on. 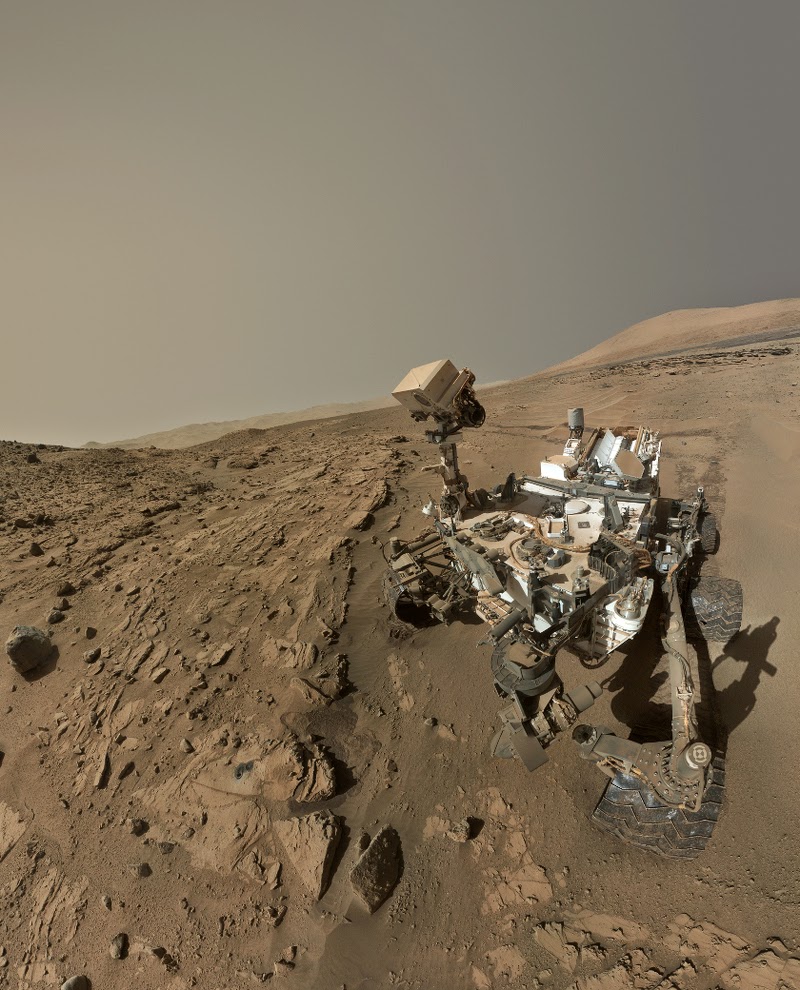 Mars Rover does a selfie.  See link below
http://apod.nasa.gov/apod/ap140627.html

The world is a powder keg and the
Internet is Hall of Mirrors, perched
atop quicksand. We've all heard
the phone tap of US State Department's
Victoria Nuland, instructing the
US Ambassador to Ukraine, Geoffrey
Pyatt on how to puppeteer the
government they were planning to
install, after toppling that of the corrupt
Russian puppet-President, Viktor
Yanukovych.
Anyone who's even slightly curious
about these developments knows that
taxpayer funds, totaling at least
US$7B, collected from citizens in
the US, EU and UK, who've had no
say in this matter was used to help
make this happen.

I was going to run an interview tonight,
of Paul Craig Roberts, delving deeper
into this topic but due to the 5 emails
I received today, in response to the video
I sent last night, about the shelling of
innocent civilians in Slavyansk; reading
about Russian soldiers dressing up as
Ukranian soldiers, etc. -- I'm throwing
my hands up and choosing to report
nothing more about this topic, for now.
The emails claimed that the people of
Ukraine remain hopeful about the current
Poroshenko regime, which they say, if it
turns out to be as corrupt as the last,
there will be another EuroMaidan revolt,
to topple them.
While all of this was starting to go down,
last March, President Obama made the
shocking statement that the events
unfolding in Ukraine were less concerning
to him than the threat of a "nuclear bomb
going off in Manhattan."
Enter ISIS...
****************************
In tonight's video, we join Greg Hunter
as he goes one-on-one with John Perkins,
best-selling author of "Confessions of an
Economic Hit Man."

Financial expert, John Perkins has a
unique perspective about the unfolding
crisis in Iraq.

Perkins, a former chief economist
who advised the US Treasury Department
and the IMF, to name a few, says,
"Another force has now stepped up to
the stage and that's the militant Islamic
force, and it's a very strong force. It is a
very anti-capitalistic force." While not
defending them, he does state that, "It is
the force going up against the
corporatocracy."


Perkins explains that the corporatocracy
is a "Death Economy," where war or the
threat of war don't only benefit the defense
contractors but so many other corporations,
such as the insurance companies and the
oil companies and on and on and that the
only way to release ourselves from this death
grip is the change the economic model by
which we live today, into a "Life Economy":
cleaning up our messes, developing alternative
energies and innovations in agriculture and
leaving a world to our grandchildren that's
worth living in.
His answer to the collapsing world
economy is to invest in companies that
are making the world a better place and
to be less concerned with profit than with
a world that his grandson can be grateful
for, by investing in companies big and small,
that are taking a leadership role in a new
form of economics, which is the subject of
his latest book, 'Hoodwinked: An Economic
Hit Man Reveals Why the Global Economy
IMPLODED -- and How to Fix It.'

(Video: under 23 minutes):
John Perkins: We Screwed Up -- But We Can Fix It
http://www.ForbiddenKnowledgeTV.com/page/26486.html
- Alexandra
P.S. Please share Forbidden Knowledge TV emails
and videos with your friends and colleagues
by using the "Forward to a Friend" link within this
newsletter, below.
John Perkins .  We Screwed up 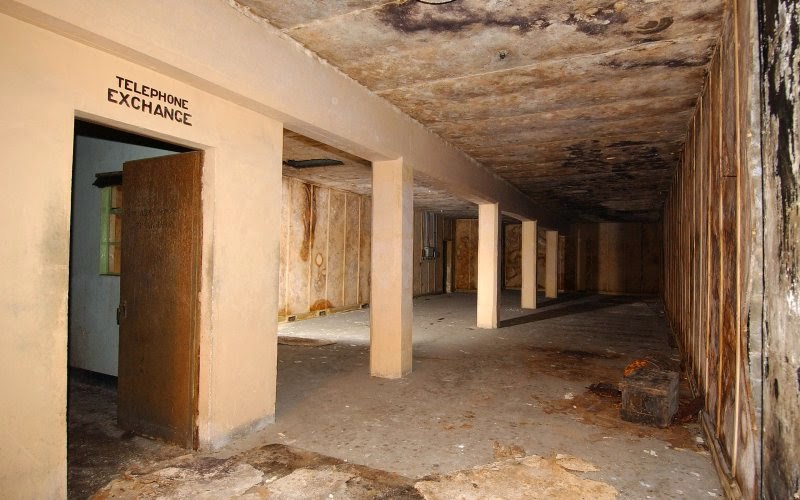 As the world held its breath during the Cold War, England built a top-secret underground city to save its government in case of nuclear attack. For half a century, "Burlington" lay ready.
In case of nuclear disaster: stay calm and carry on…living underground.
In 1956, the British government began building a sprawling subterranean city two hours from London underneath the ancient, 13,000-person town of Corsham. If the nation was struck with a nuclear bomb, 4,000 government employees would be shuttled via a secret train line from downtown London to a blast-and-radiation-proof bunker code-named “Burlington”. From these emergency government war headquarters, as they were designated, Britain could resume governing while the world above burned.
The secret word for this evacuation was “orangeade,” a 1962 copy of the Cabinet Office’s War Book revealed in 2011. The code would also be told to security agents guarding the site. "Advance parties going to Burlington would be kept to a minimum and every effort would be made to maintain the cover story,” the document explained. From Burlington, the assorted agencies could plan their next moves. “The chiefs of staff will be ready to make recommendations on the use of the nuclear retaliatory forces based in the UK."
After its completion in 1961, the accommodations constructed 100-feet underground would not have made for an entirely claustrophobic existence. The 35-acre bunker had two canteens, four residential areas, a bakery, hospital, library, and a VIP suite, according to a map of the facility. There even was rumored to be a pub called Rose and Crown that was modeled after Whitehall Street’s famed and favored Red Lion bar.
With these amenities, inhabitants could live for three months without having to emerge into the chaos above ground, the Ministry of Defense predicted. Burlington was replete with 60 miles of roads—labeled with American street names like Main Street and First Avenue—that were navigable by battery-powered buggies. It had an underground water treatment plant, a power station, Britain’s second-largest telephone exchange (with updated directories maintained until the late ’80s), and a system of pneumatic tubes that hurled messages throughout the complex. The climate was set to a comfortable 68 degrees.
A BBC studio was constructed to be manned by 11 employees who, at the hour of attack, would stop normal programming and switch to “Wartime Broadcasting Service”. The station’s staff would assist then-Prime Minister Harold MacMillan in addressing the country. MacMillan and his family would be brought in by helicopter to the complex, where they had the only en-suite bathroom in their whitewashed room.
The only potential hiccup in this grand plan was that very few people knew of the bunker’s existence. Not the BBC employees pre-selected for the station, nor the majority of the government staffers who’d be living there.
The site of Burlington, or Site 3, as it later came to be known, was a former stone quarry that the government began converting into an underground factory in the 1940s. At the end of World War II, the factory closed, and the space was used for storage. As the government began concocting this worst-case scenario plan, it kept an eye out for a secure location and soon decided to use the former factory as an alternate seat of power in case of war. The area was already filling with military personnel: census records show that between 1931 and 1951, the population nearly tripled due to a large army base.
As the Cold War died down and nuclear destruction never came to fruition, the underground complex slowly slipped into disrepair. After a quarter-century of disuse, part of the bunker was converted into a “nuclear reporting cell,” again a response hub in case of an attack, which held a staff of 50 to 100, but was never actually put to use. In 1991, following the fall of the Soviet Union, when the entire site was decommissioned after the government voted against a£40 million site upgrade.
http://www.thedailybeast.com/articles/2014/06/26/britain-s-nuke-proof-undergr...
Posted by GEOFF FREED ONLINE at 08:32