You are welcome as the Sunshine.  Greetings.

Seemed like a pleasant  way to start the blog.

A friend sent me this lovely video.

Some years back there was a TV series named 'The Prisoner' with Patrick McGoohan:

The Prisoner is a 17-episode British television series first broadcast in the UK from 29 September 1967 to 1 February 1968.[2][3]Starring and co-created by Patrick McGoohan, it combined spy fiction with elements of science fiction, allegory, and psychological drama.
The series follows a British former secret agent who is held prisoner in a mysterious coastal village resort where his captors try to find out why he abruptly resigned from his job. Although sold as a thriller in the mould of the previous series starring McGoohan, Danger Man (1960–68), the show's combination of 1960s countercultural themes and surreal setting had a far-reaching effect on science fiction/fantasy programming, and on popular culture in general.[4]


The real reason why they kept him on this Island was not only as above. The prisoner left because of the corruption and the like. They tried to break him, brain wash him, and yet he did not submit. In the end they bring him back to the HQ in London, and say more or less he should be the head of the service, as he was not corruptible, he refused and walked out.

Why this, well most of us have heard about the , the Bilderbergs, the elite, the illuminati, the black ops, the one world government, the invasion of reptilian walk ins and shape shifters, the greedy bankers, and  weapons like HAARP,  drones, mind benders, conspiracies, large powerful oil magnets, pharmaceutical giants, and so much more. It is daunting and they are fighting the awakening.

Let us suppose that all the above about the seemingly daunting overview was a kind of test, to see who would come through at the end. Those who survived the matrix of the conspiracies, endless false flags, corruption, brain washing, could it be it was indeed a stringent test to find the incorruptibles?  It was postulated that evil was a kind of back handed test. And there is a quote 'A love affair should bristle with opposition'.[ The Sorrows of Satan 1856, by Marie Corelli].  Like the prisoner are we being tested to the limit of endurance?  Is some heavenly Authority looking and indeed applying the separating of the ' Wheat from the Chaff ' ?


However there are a couple of subjects that maybe of interest, like a free economy or rather a different type of economy, one of many growing in the infrastructure, some are the New Irish Punt, The New Drachma and so on, bartering, Lets System and the one below:


Then of course there are those who could supply free energy and those who would supress it.  Because they would not profit from it and lose their ego power dominance. 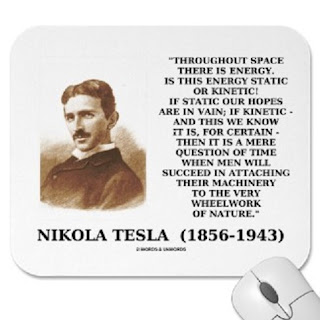 If one gets stuck in a groove it may feel safe, yet studies in senile decay, shows the brain 'dies' if not challenged, or new things taken on board. Prigogine Dissipative structures describes it well and I have spent a while going into this elsewhere.  However one could say that the challenge for the 'elite' is to conquer the world and be the new supreme rulers, having the general populace as serfs. Millionaires challenges to become Billionaires and then Trillionaires, this is already happening. However this is transient and decays. Others believe that meditation and a spiritual life is the path and kind of passive challenge and their reward as such is freedom of mind, and An Eternal Freedom, and if one believes in reincarnation,then not coming back to finish off unfinished business and the same old same old.

Fancy dying as a trillionaire, OK having a whale of a time on Earth with every hedonistic pleasure one could think of, then smiling when dying and  sticking one finger up and passing over in a multimillion pound care hospice or in ones 90 room  mansion, and then being reborn in poverty and having the 'imprint' to strive to do it all again, if the conditions prevail, and maybe the struggle never gets resolved and the lesson many times round, let go of this false security. Anyway the choice is as ever ours.  Mind you a poor in dire need may come back to face the same situation the other way round. There are many combinations. 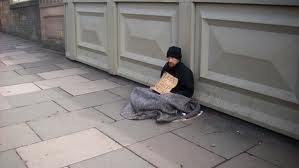 There are two anecdotes : A happy smiling beggar at the gates of an Indian City died, and when they dug a hole to bury him where he sat for many a year, there was a hidden treasure.  Perhaps we look outside when the treasure is within.  The Kingdom of Heaven is within.

Second one Maharishi Mahesh Yogi was asked  'What does meditation do for beggars? ' Mahesh replied 'makes them happy hungry beggars'  Sometimes when we move out of the mind set we have, like ' I am always short of money', I don't deserve money'  'I have a lack of money' ' Money is evil' and so on, 'it is better to be poor than egotistically rich'.  One maybe never rich in money, but always have enough to enjoy warmth, some clothing and nourishing food.  Whatever one's mind set determines the outcome. 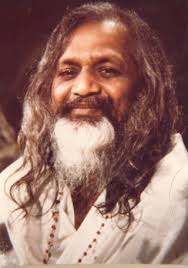 I had the honour and privilege to have met and dialogued with Mahesh, and a brother lay monk and I had one of the first meetings with him way back when he first came to England. It was in the Piccadilly Hotel in Hay Market, London and there were only ten of us. Elsewhere I have reported what he said to Roy and I. We never joined the movement but we kept a correspondence with him.


When I looked at the Maharishi, although having a brilliant mind and a scientific degree, he reminded me of a big wise loveable kid, and his humour was bubbling just like this kid below:


All my teachers and Mahesh were rolling about laughing and they all said, the mark of a free person was deep laughter from the soul, Sensei and Sifu said the soul was the true  'You' in a body, a form'.


VW have decided to make greener cars, its a shame the politicians do not follow in their tracks, nice little depiction below: 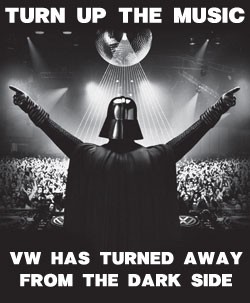 To add to this we have the following which is much the same throughout the world, catching up fast the UK.

Drug fatalities more than doubled for teens and young adults between 2000 and 2008, and more than tripled among people age 50 to 69. It’s estimated there are 450,000 preventable adverse events related to medications in the U.S. every year, accounting for a substantial proportion of emergency room visits.
In a June 2010 report in the Journal of General Internal Medicine, almost a quarter of a million deaths resulted from in-hospital medication errors between the 1976 and 2006, based on a review of 62 million death certificates.

This doesn’t include the people who died after taking drugs exactly as prescribed!And when you add in deaths from hospital-acquired infections, unnecessary medical procedures, and adverse surgical outcomes, conventional medicine should top the list of the leading causes of death in the United States.

Dear Old Barack no wonder he is going grey.


The following animation about the gut is great. It now being thought and was in the past a fact that all health of the body and mind originates in a good gut, maybe Barak's feeling a bit of gut ache !!!


To conclude a UFO footage of a Japanese airliner and encounter and a witness of the highest credentials:

Sayonara.  Be Well. Geoff
Posted by GEOFF FREED ONLINE at 03:26