Hello there and keep on keeping on.
A great way to help nature and preserve out land:

Chickens provide the fertilizer on this Pennsylvania farm. The mobile coops are relocated daily to distribute manure evenly so that it won’t drain into the Chesapeake Bay.


Hey I like cows, they are a lot of fun:


Many animals that are transported are taken in terrible transport, often without water, or room to move. and sometimes crammed together and arrive dead.  Many cows are in metal barns in cages and so forth these are the lucky ones.
How would you like a see through, transparent brain?:

Published on 10 Apr 2013
Scientists have come up with a way to make whole brains transparent, so they can be labelled with molecular markers and imaged using a light microscope. The technique, called CLARITY, enabled its creators to produce the detailed 3D visualisations you see in this video. It works in mouse brains and human brains; here the team use it to look into the brain of a 7-year-old boy who had autism. Original research paper: http://dx.doi.org/10.1038/nature12107 Nature News story: http://www.nature.com/news/see-throug...
This is another amazing failures like the BBC reports of the 9/11 towers before they were down:
The latest revelations about the Boston  bombings is that two young Chechen  brothers were behind the attacks, with  the eldest killed by law enforcement  and the younger brother still at large,  causing the entire city of Boston to be  on lock-down for the entire day. This,  amid affirmations by their parents in  Russia that the brothers had been  followed by the FBI for years and that  they had been totally framed.  Ben Swann of FoxNews' Cincinnati affiliate  station is like a breath of fresh air, in the  mainstream news media: he actually tells  it like it is.  Swann says that dozens of times since 9/11,  that the FBI has recruited, trained and then  taken down suspected terrorists before they  could carry out their plot. Swann asks: "Is  the practice of the FBI's creating terror plots,  only to break them up before they can actually  happen really making us safer? Is that what  happened what happened here [in Boston]?" Courtesy Forbidden Knowledge

This is a devious ploy to anger the population and say 'you see how vulnerable we are, we must bring in drones, surveillance of the internet, make sure all and every person is under the 'big brother eye' if you read George Orwell's Big Brother it is nearly all applicable now:
Big Brother is a fictional character in George Orwell's novel Nineteen Eighty-Four. He is the enigmatic dictator ofOceania, a totalitarian state taken to its utmost logical consequence – where the ruling Party wields total power for its own sake over the inhabitants.
In the society that Orwell describes, everyone is under complete surveillance by the authorities, mainly bytelescreens. The people are constantly reminded of this by the phrase "Big Brother is watching you", which is the core "truth" of the propaganda system in this state.


Since the publication of Nineteen Eighty-Four, the term "Big Brother" has entered the lexicon as a synonym for abuse of government power, particularly in respect to civil liberties, often specifically related to mass surveillance.

You know these men of science make me puke, what about all the food thrown away at Supermarket's, what about all the videos in the back blogs on farming, permaculture and so forth, all they can think of is money, money, power and prestigious knighthoods and -----I cannot find the adjectives to express my outrage. It is a crime against humanity and slow genocide of the whole human race. .
http://www.energygrid.com/destiny/geoff-freed/2011/03.html

Please kindly scroll down in the link above to the VITAL videos that serve the world with food and make us healthy.  Please try this and spread the word before we become LONG TERM sick and Big Pharma use us to make themselves filthy stinking rich by medication to try and put right what they created.  Are we coming near to a cloned race, my 'Scan at Barrier 7' scenario, transparent brains, the only transparent brain I know of is Sir John 'lie down and sleep in your' Beddington and dream on and don't wake up, and when you do wake up, dream a sensible solution and a not a Lordship and more power and riches.  Yes I do feel strongly, I like people, the planet and nature, and feel it is an outrage and affront to our God Given Inheritance.

Ripe for Change, a 50-minute documentary film, give a poignant glimpse into farming trends and traditions in California over the last three decades. 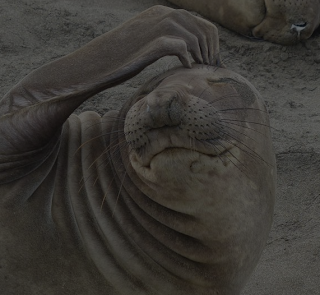 Like this female seal scratching her head I wonder as well--- we do live an insane mad world of ideas, natures OK if left to her own devices and we just tend her as nature intended.
Talking about riches: http://finance.yahoo.com/news/590-foot-mega-yacht-eclipses-151234917.html Up,Up and Away:

Well if you think Roswell was a fake, which I do not, then have a gander at this:
The Maury Island Incident.


This is one of my favourite subjects: 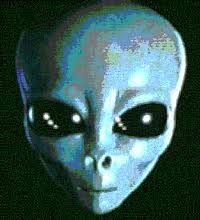 Hey Folks this was me before I shape Shifted.

WHEN IT COMES TO DICTATORS AND DESPOTS THE EU IS BECOMING THE NUMBER ONE, SMILING APPEARING FAIR AND BENEVOLENT.

EU is preparing legislation that will make it illegal to grow crops that are not on a list of approved seeds? A list that currently 60% dominated by big corporations like Monsanto, AstraZenecar and others? The pros list are basically only hybrids - which means that you can not take next year's seed from his crop. Furthermore, it will not only be forbidden to sell other seeds than those already mentioned, but also to grow. "File sharing" in the area of seeds will become a criminal act. This means that people be even less able to influence what you eat, when you can not even decide what to grow. It also means that the varieties that are historically interesting will disappear, even varieties that can withstand our climate. This means that poor people who live off what they grow is referred to in the seedtrades discretion in terms of pricing, which can be costly where there are few players.

Not only are we eventually got to eat GM poison but cannot even grow our seeds from our own crops. Madness beaurocracy and sheer despotic psychotic paranoid crude base idiocy, and getting hugely paid for it.