When we think of drugs as addictive and harmful have a look at this caption:

So if the drug dealers 'the pushers' are getting at people then Big Pharma is as well and both making big money out of addiction and sick people.  Then go to soft drink pedlars, food additives and preservatives industry also these chemicals make one addicted and give the body a false 'signal', also making big money out of the cravings. The media augmenting videos of violence, explicit sex, grotesque monsters, newspapers, celebrity magazines, cosmetic surgeons all making money out of addiction and image promotion.  AND we fool ourselves by not being addicted and saying ' I have choice.  Do we/us / me?

Photograph by Oscar Ruiz, Your Shot
This Month in Photo of the Day: The Stories Behind Your Shots
A few years ago when I was working as a helicopter pilot for a local radio station, we were required to fly around all of Mexico City chasing news and traffic. I remember flying up to the highway that connects Mexico City with the neighboring state of Puebla, and on my way back this housing complex that seemed to go on forever caught my attention. I decided to circle around to observe from up close what I later found out was the recently built San Buenaventura complex, which is located in Ixtapaluca, on the eastern outskirts of Mexico City.
The exceptional afternoon sun reflecting those thousands of recently painted small homes just looked so beautiful, and the lower I flew the better the angle, so I just got out my camera, opened the sliding window on my Bell helicopter, and snapped a couple of shots. —Oscar Ruiz
Courtesy of National Geographic.
This shot above says to me, one mind, one city, one world government, all neat, uniform, in control, nothing out of the ordinary. Control, patrolled, mind dead.  On the upside, a place to live, colourful and possibly safe.  Where has nature gone?

Commercial gardeners and farmers in Europe will soon be required to “grow, reproduce or trade” only vegetable seeds that have been approved by the EU bureaucracy.  Organic, small market gardeners and even those trying to achieve sustainable living at home will be breaking the new law if they grow unapproved plants and seeds.
Under the new directive—Plant Reproductive Material Law—a new bureaucracy will be created that will approve all plants and seeds that are sold and grown.  Every type of plant species will be governed by the Plant Variety Agency, which will have the power to approve agricultural plants, grasses, moss and flowers.  The agency will also create a register of gardeners who will be the only ones allowed to grow and sell the approved seeds.
Critics fear that the new legislation will see the end of organic and special varieties that have been developed by independent growers and ‘amateurs’, and the entire seed and plant market will be controlled by ‘Big Farma’ and suppliers such as Monsanto and DuPont.
(Source: www.realseeds.co.uk/seedlaw.html)

Most herbal remedies will disappear from stores in the UK and across Europe from  May when new EU legislation comes into force.  Every single remedy from the Indian Ayurvedic and traditional Chinese medicine (TCM) traditions will also be barred.
Popular herbal remedies – including red clover and chasteberry for PMS, hawthorn for cardiovascular health and meadowsweet for arthritis – will be removed from the shelves on May 1.
In all, just 79 herbal products – including valerian and Echinacea – will still be available, says the Alliance for Natural Health International, which is mounting a legal challenge to the EU’s Traditional Herbal Medicinal Products Directive, responsible for the wholesale ban.
Under the directive, manufacturers had to licence their products, a process that costs up to £150,000.  Thus far, just 26 companies have licensed the 79 ‘approved’ herbal products, and pharmaceutical companies own one third of these.
However, not one single herb from the Ayurvedic, traditional Chinese or Amazonian traditions has been registered, and so will disappear from the shelves.  Traditional herbs that will go include arjuna and bibitaki from the Ayurvedic tradition,  Chinese goldthread and foxglove from TCM, and cat’s claw, Pau d’Arco and graviola from Amazonian medicine.
ANH’s executive Robert Verkerk is mounting the legal challenge on the basis that it is disproportionate, non-transparent and discriminatory.
The ANH has so far raised £60,000 of the £100,000 needed to fund the challenge in the High Court.
The ANH can be contacted on its UK number: 01306 646600.

Can you now see the insidious link with the two clips above and uniform buildings above them. One seed, one think way, one food way.  Nature works with variety. Even a rose bush or sunflower have the same differences so to speak, all old village houses, cottages were not entirely symmetrical, lovely to see the shapes. A mind that does not have variance, an eye a spectacle of shape, colour, beauty is a stale stunted imprisoned mind.  The bureaucrats will of course live in their enclaves and have their nature, beauty and pure foods. 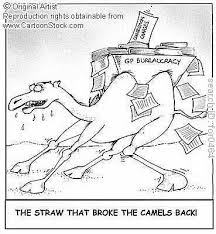 A populace dumb, asleep, ushered into complacency and totally brain dead fooling themselves they are smart and alive. I have met smart kids who quote apps, maths, and equations, and are robotic, metallic and without any vestige of emotion or compassion.  They know rage and domineering.  Smart arse little spoiled intellectual brats that eventually become ruthless 'principled bureaucrats'  They go to the best higher education while the populace go to overfilled unruly schools whose school meals comprise of lifeless slop and addictive cheap substances. Which make them hyper and angry .  The two ends of the pendulum producing emotionally cut off beings.

Amazing landing of a plane in Poland.
Pilot lands the plane without wheels.
These two short 2 min videos show how the media fix things up.
Refers to the the girls incarcerated in Cleveland for many years.
There has been a number of cases  of women being held captive
and having babies by their captors. Austria, Russia, USA.
This is a French made amazing unusual 5 min video.
I will say no more, please look and be amused surprised
and --what--eh--?


A citizens inquiry into the UFO  cover up 7 mins.
by the USA.  A huge amount of investigations, witnesses
going on over the last five months.  Surely the governments
of the world cannot suppress this much longer--- can they? 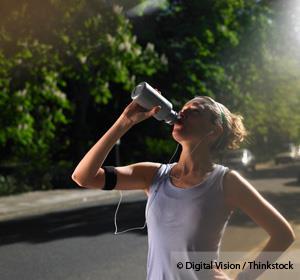 I do stretching and the Chi Machine after workouts as it does seem to help me and keeps me from feeling sore and too tired next day, and I feel it helps my recovery.

http://www.heartmath.org/get-involved/caring-initiatives/magnetic-fields-affect-your-body-and-emotions.html
This is one of my specialist subjects and may I be an utter bore and refer you once again to a long but thoroughly worthwhile link by GCI, this is most important because one's health especially the heart and brain are deeply affected by Earth Field changes and interconnection:
http://www.glcoherence.org/monitoring-system/commentaries.html?mtcCampaign=9228&mtcEmail=13526879
We are one humanity, one planet, we are unity in diversity, perhaps we should create a world that works for everyone everywhere and not a self selected few. In this spirit I reach out energetically to clasp your hands in friendship and care.

This 2 min video made me think and feel I lived in one of Hollywood's horror sci-fi  movies.
Dearest God alive what madness and assault on women and the feminine  energy next.
THE TITLE WHO OWN'S YOUR BODY

The implications are massive. What happens if all genes are allowed to be privately owned? Complimentary cures maybe the only chance of a decent life or at least without suffering, knowing some company has blocked testing.
Its not enough to kill the world's nature, to mine and extract, to log and alter food genes, as Monsanto claims that if their seed is blown onto your land, they have a legal right to that land.
Canadian farmer's fight against Monsanto.
Will we have to fight to own our bodies? Well make your own mind up.

Posted by GEOFF FREED ONLINE at 01:06