This does not mean by binaural one is a docile 'doormat'. Neither does it mean one is impulsive and aggressive. One 'act's from being, not from doing.  Or put another way one is action and the other reaction.
It is not counter reaction or action. Whatever one does comes from the stillness in oneself. If one is still, quiet alert, one is potential, then all energy is available, either for action from source or waiting with alert watchfulness and 'feeling' deeply from oneself the appropriate action. This is different from 'trained reflexes'. 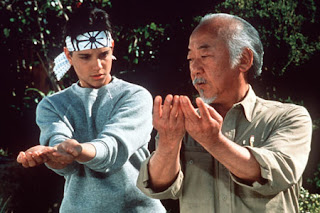 Karate Kid in the film depicting Karate and Japan (there are three in the series and one on Kung Fu with different actors and in China, all are Hollywood Films).

To illustrate this the Sensei on the right and pupil are on the beach and row of bottles are on the vehicle, some yobs were threatening and so the Sensei takes one swipe and knocks all the tops of the bottles clean off.  All were astounded. The pupil says ' How did you do that'? Teacher says' Don't know first time'. You feel know it, sense from a different part of your being. 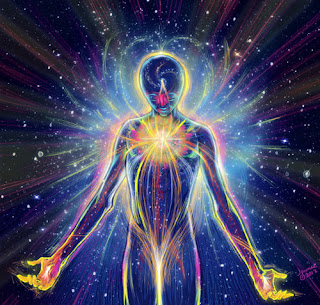 Another Spiritual Warrior
The warrior above defeats his enemy so to speak in the 'inside of
him/her self' which is fear, and it is fear that cripples the mind, sometimes fear is called little death. 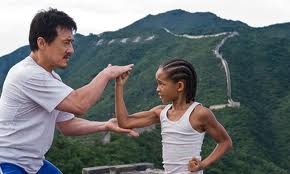 The emphasis in these films is that the kids are unruly and are victims. Also the philosophy of respect, mercy and courage are lessons which are sorely needed, and also provide a deep respect bordering on apparent softness and cowardice, yet having the 'power' to have energy, conviction to be strong and defend oneself adequately, to say the least. The transformational process is delightful to watch.  However, if one is less active and does not access to these Masters, one can sit at home and be at work and practice the 'mind ' of the spiritual warrior. There is a saying I am not too keen on however it does have its merits. 'Lord help me to conquer my worst enemy--Myself'. 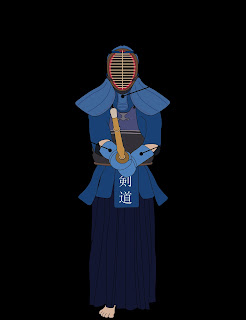 Here we see the shinai (practice bamboo stick and armour) the Men, Kote (gloves), Do(Chest), Tari( Waist) Men(Mask and head)hakama(Pleated trousers) all parts of the gear.  Ultimately one uses the real Samurai sword.
Another Sensei story:
One evening I went up to Sensei and asked him if I could learn Kendo(Japanese Sword fighting).  He asked me why did I want to learn this.  I replied as it was the most dangerous it would bring the maximum fear and so could bring awareness and possible satori (enlightenment).
Sensei looked at me for a while and out of blue, suddenly thumped me on the top of the head.  It just shocked and floored me. He had never been violent or shouted at me. With the blow came a Ki Ah shout.  I was on the floor more with shock than the blow. He grimaced at me and I ran home.
My mother looked at me when I ran home, late at night and very dark through a graveyard, which I usually avoided at night.  She said you look awful, and what's that bump on your head. I said I was learning Kendo, and I explained it to her. Her reply in a Jewish accent and hand movements. 'Get yourself a Jewish girl, settle down, get a good job  I was only 15 nears 16 years of age, get money, be somebody, not this shmendo, crendo, hendo, mishshigus(Yiddish for madness)


Then next few weeks were a nightmare, Sensei would appear and shout and grimace at the most unusual times and places, after school, after football, coming out from home, and he seemed to pick times when no one was around.  It got me so hyped up that at night when going to my bedroom, I would lock the door and tie cotton to the door and windows with tins on them so as to wake me should he appear.

Ninja
Then one afternoon in Summer, I think July on a Saturday I was walking down Spring Field Park Road a steep incline when I felt this ripple in my back, and I turned round sharply and there was Sensei gliding towards me like a Ninja, in that kind of special half sideways walk.


I then crouched and went into the pose as above and said some very unkind words to Sensei.  He ignored the insults and said. 'Good, you to feel me, tip of Katana (Samurai Sword) comes faster than eye can pick up from a expert, so you must feel, be quiet, feel, Mushin(see Post 19).  Although I could not throw or beat everyone from that experience onwards, I could feel when they would lunge or attack, and it has heightened my awareness.
Sensei explained that being aware has to go through many years of practice if done the Western Gradual gentle way, to quicken this he used the more orthodox Zen shouts and blows. 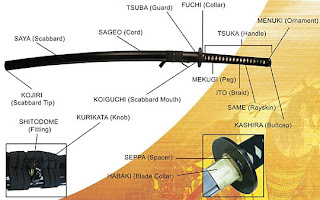 Some years later I saw a film with an actor named Peter Sellers and he took the part of  French detective.  Inspector Cloucseau.

Chief Inspector Jacques Clouseau ([ʒak klu.zo]) (formerly Inspector) is a fictional character in Blake Edwards' The Pink Pantherseries. In most of the films he was played by Peter Sellers, but one film featured Alan Arkin in the role and another featured an uncredited Roger Moore as the character. In the 2006 Pink Panther revival and its 2009 sequel, he is played by Steve Martin.

He is also the inspiration of The Inspector, the main character in a series of short animated cartoons as part of The Pink Panther Show.[1] More recent animated depictions of Chief Inspector Clouseau from the 1970s onward were redesigned to more closely resemble Sellers and, later, Martin.
There was a character in the film called Kato 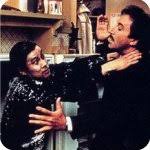 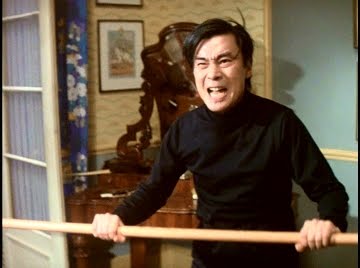 Kato with stick and above attacking Clouseau
I put the two pictures in to illustrate the 'mad' shouts and looks that Sensei did on me.  Kato would spring out on the Inspector at most unexpected and inappropriate moments. 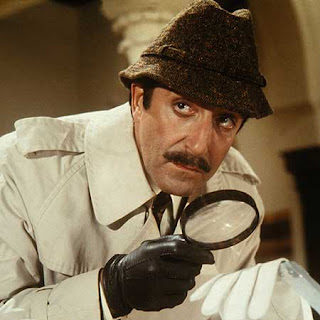 Clouseau would often quote 'Not now you fool'.  I felt like saying this to Sensei and more.  The above is the late actor Peter Sellers as the rather bumbling inept policeman. I found it hilariously funny.


This is scary and wow at the same time read why below:

(From Wikipedia)
A nanofactory is a proposed system in
which nanomachines (resembling molecular
assemblers, or industrial robot arms) would
combine reactive molecules via
mechanosynthesis to build larger atomically
precise parts. These, in turn, would be
assembled by positioning mechanisms of
assorted sizes to build macroscopic (visible)
but still atomically-precise products.
No one has discovered an insurmountable
problem with the underlying theories and
no one has proved that the theories can be
translated into practice. However, the debate
continues.
If nanofactories could be built, severe disruption
to the world economy would be one of many
possible negative impacts, though it could be
argued that this disruption would have little
negative effect if everyone had such nanofactories.
Great benefits also would be anticipated.
One potential scenario that has been envisioned
is out-of-control self-replicating molecular
assemblers in the form of "grey goo", which
consumes carbon to continue its replication. If
unchecked, such mechanical replication could
potentially consume whole ecoregions or the
whole Earth (ecophagy), or it could simply
outcompete natural lifeforms for necessary
resources such as carbon, ATP, or UV light
(which some nanomotor examples run on).
It is worth noting that the ecophagy and
'grey goo' scenarios, like synthetic molecular
assemblers, are based upon still-theoretical
technologies that have not yet been demonstrated
experimentally [allegedly...]

Imagine that we are enjoying our favourite music together in our own way and style and that we enjoy it.  Then radiate the good feelings to the world, its peoples, nature and Mother Earth.  As we are in different time zones and parts of the planet, the Earth will be constantly imbued with good vibes. Let our hearts sing with joy at being alive and sharing goodwill and compassion to all and sundry.


YOU WANT THE TRUTH?


Perhaps there is a link with the intended seed law in Brussels. If passed farmers and gardeners would be limited in seed choice and would bring in an opening for Monsanto and others. A way of killing off the populous slowly, making us sick so Big Pharma would make massive profits and those that own Big Pharma also own Big Petro. You can see that President Obama has given Carte Blanche to Monsanto. This is indeed a dictatorship, a despotic power mad, crazy, additive lunatic asylum of a world. Adjectives are not found to describe this, this is a diabolical affront in your face don't care, flagrant laws---- it is OK to have GM and Fluoride forced on us to alter our DNA and destroy our organs, forced medication, yet NOT OK to have herbs, organic food and supplements.

Posted by GEOFF FREED ONLINE at 01:42