Wow I spied something bright in the sky, yes some sun, and greetings dear reader with a sunshine smile and a happy heart.

An intriguing investigative video by two top journalists. This short video blew my mind with the enormity of the investigation.  You will probably need a deep breath and a cup of tea to thoroughly take this in.

http://www.youtube.com/watch?feature=player_embedded&v=VrycFgPuJd0    Another expose similar to the above.

You know a lot is said about the USA but the EU and the UK is just as complicit in different ways. I was ashamed to be British with what follows:

Hi Geoff,
We did it - the majority of Europe voted to ban bee pesticides!
It's the world's first continent-wide ban on these chemicals and it's a moment our movement can be proud of.
Someone who has nothing to be proud of is the UK environment minister Owen Paterson, who not only voted against the ban, but lobbied on behalf of chemical giants Syngenta and Bayer to try and stop it going through. Paterson in a private letter even promised Syngenta that his "efforts would intensify" in the run-up to the vote [1].
Well, Mr Paterson, you lost. The bees won.
We know the current UK government has a disastrous track record on protecting our world - from climate change to bees. That's why so much of our work on this campaign has focused on mainland Europe, where we managed to shift big countries like Germany who yesterday gave the ban their critical backing. That’s what a global network allows us to do.
Although we've been working in Europe against these bee-killing chemicals for years, here are a few of the things we've done in the past two weeks:
Although we failed to shift our UK representative Owen Patterson to support the ban, our movement still managed to shift the critical players across Europe and get the ban we all want.
And therein lies our strength. Like the bees who roam from field to field oblivious of the fences that divide their flowers, we'll go wherever we need to in order to protect our environment and the world we live in.
Yesterday we showed the real strength of our global movement and achieved a remarkable success. We need more of these.
Share the good news on Facebook to show exactly what we can achieve together. From Green peace UK. (from me I do n ot follow or sign in to any social networks)

In a back Post I mentioned that when I used to lecture in Brussels to small groups at the EU, I repeatedly heard remarks like ' Britain is the whore of Europe', 'Britain would kill it's Grandmother for a few dimes', 'Britain takes the polluted garbage that other countries know is toxic and does it for money, because Britain only knows crap' And when you think we want to start fluoridation in our drinking water supplies, when most of Europe banned it years ago, and recently the Chief Scientific Advisor, saying we should go for GM products they are safe.  The only conclusion one can come to is, a smiling seemingly great British fairness and diplomacy, that hides the stench of its corruption under a deodorant of chemical sprays that smell sweet but are deadly toxic. MR OWEN PATERSON A SHAME ON YOU.   In my view there should be a new law 'Crimes against the Earth and Mother Nature' and he should be found guilty and made to till the ground, plant trees and work on a small wage, and live in a hut.

Along with other animals, bees pollinate up to one-third of the crops humans rely upon for food. The advantages of bureaucrats and politicians are, shall we say, less clearly defined. And yet the dithering and sympathy toward corporate interests displayed by European Union (EU) Member States could have horrendous implications for bees, the environment and our food supply.

There is a lot more to the above quote, however, this was before the vote and sums up the EU and the world today.


http://spaceweather.com/images2013/01may13/farsideblast.gif?PHPSESSID=edsce3t3r8ndm94arqv2oh3es3
A large solar flare not directed at Earth. 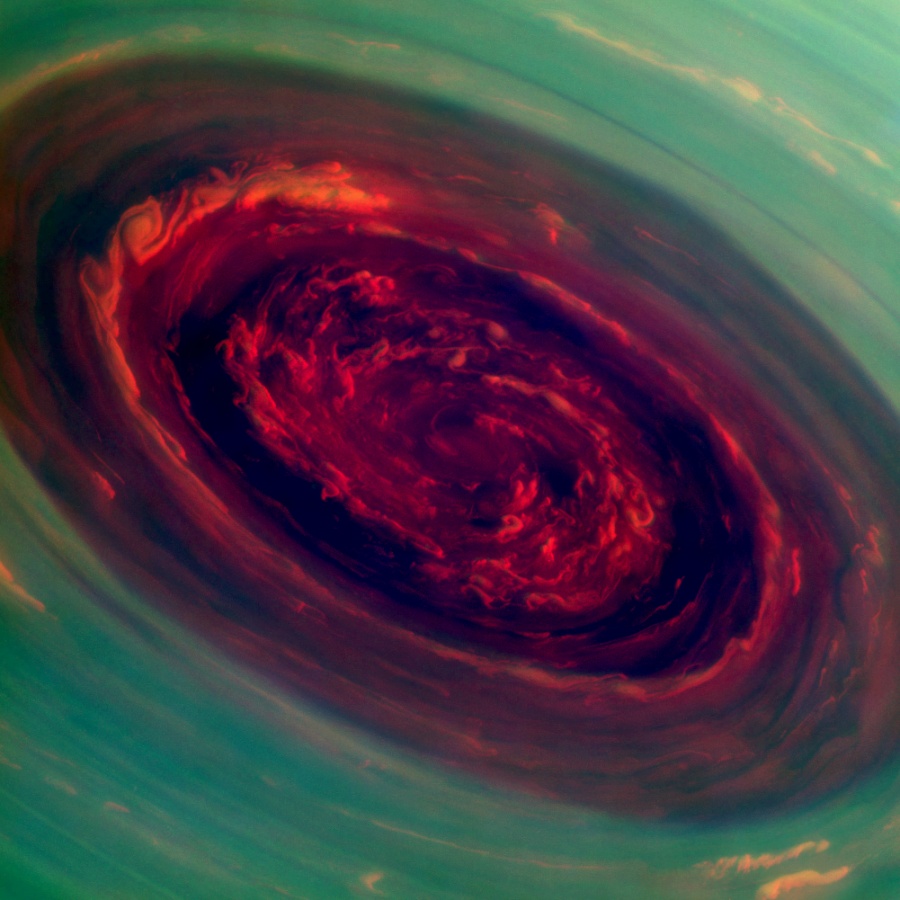 This is Saturn's North Pole.  Saturn to some astrologers brings a heavy energy, some say the tester, here Saturn seems to softening with a Rose Like image, perhaps the tester brings to light hidden agenda's and then cleanses them by the awareness of them.
NASA has a near miss with Fermi and Russian obsolete satellite.   This 4 min video shows the procedure to avoid collision and the massive amount of space junk and craft.

The maneuver was performed by the spacecraft based on previously developed procedures. Fermi fired all thrusters for one second and was back doing science within the hour.
In 2012, the Goddard CARA team participated in collision-avoidance maneuvers for seven other missions. A month before the Fermi conjunction came to light, Landsat 7 dodged pieces of Fengyun-1C, a Chinese weather satellite deliberately destroyed in 2007 as part of a military test. And in May and October, respectively, NASA's Aura and CALIPSO Earth-observing satellites took steps to avoid fragments from Cosmos 2251, which in 2009 was involved in the first known satellite-to-satellite collision with Iridium 33.


http://www.youtube.com/watch?v=GQl4jwhZYtI
First COW to go to the edge of space.

A UK-based PR agent who we know told us a few years back that he bumped into an ex-colleague of his while walking down the street. They updated each other on their current assignments. It turns out our friend's colleague was now in the pay of a consortium of pharma companies that wanted him to feed negative press about natural products into the media. Of course, like any good PR agent, he’d bought the arguments given to him hook, line and sinker.

It’s of course not hard to construct negative arguments about ‘natural products’ if you rely on scientific studies on synthetic vitamins that have been used at very high dosages, often using both inappropriate protocols and scientific methods. Previous studies on beta-carotene, vitamin E and folic acid are ideal assets for this purpose – and get rolled out over and over again. Yet, what the media is somewhat mute about is that studies based on intakes of natural sources of these nutrients have yielded nothing other than positive results.  And it's of course these positive studies that provided the pharma companies, which are largely responsible for both manufacturing and funding the study of synthetic vitamins, the necessary impetus to do this work in the first place.


"Actually, natural works better than drugs in many cases"

Yet our story about the latest findings from the European multi-country EPIC project, shows once again that diet and lifestyle modification yield effects that the pharma companies can only dream about. But hey, what money can be made from diet and lifestyle modification that reduces disease and then the subsequent demand for patented pharmaceuticals?


"In fact, if we can patent things natural, then we want in"

It seems that while it's okay to diss things natural when it suits, it's also okay to rape and pillage. Most pharmaceuticals owe their origins to natural products or compounds derived from natural products. Bioprospecting by some of the world's biggest corporations — and then laying claim to nature at the expense of local inhabitants — continues apace. This leads me to the subject of this week's feature: biopiracy. To help explain what's really going on, we're delighted to be able to cite the work of a dear Australian friend of mine, Professor Bronwyn Parry, whose dizzy ascent in the ranks of British academia still leaves me somewhat breathless.

To be, or not be, a member of the herd

Our third story this week may prompt those of you with responsibilities for children to ask yourself the following: will you ensure your kids are given the MMR vaccine – or will you ignore the negative hype and accusations of irresponsibility and be throwing a ‘measles party’, probably as your grandparents did?

Well folks let's try and be our natural selves.  A good way is to ask what is natural? Then research, feel it, and do it. It may mean lifestyle changes and withdrawal symptoms, take one out of the comfort zone, hey it might just be worth it.


Be Natural, Be Well. Geoff

Offering loving thoughts and condolences to the families, relatives and friends.
http://spaceweather.com/images2013/22may13/m5_cme_anim.gif?PHPSESSID=rnblei4968t1ula8k2dpkb44l2
Huge CME may strike at an angle Earth's Magnetosphere.  Look out for weather variations and personal
moods and personal exacerbations of all kinds of symptoms possibly starting 78 hrs on.
Posted by GEOFF FREED ONLINE at 01:25