'May you be heaven before the devil finds out your dead' an Irish quip. Dear Readers, may you be in heaven right now in your consciousness and daily living.
Call me cynical if you will but surely so called intelligent people must be able to recognise childhood 'so called normal behaviour' from a serious behavioural dysfunction?  Or is this a symptom of modern living to make a perfectly controlled uniformed robotic child because parents cannot be bothered or are at work to keep food on the table, or just drugged and in pursuit of their own pleasures, and then quickly taking their aged parents to a sheltered or nursing home, whereas years back children were precious and well looked after, and parents were cared for at home in their advanced years, the so called evolution of Western Type living has brought change in so many respects, many are enhancing some detrimental, and its based around money. 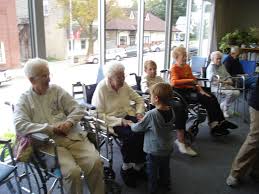 There have been many cases of late of child minders looking after children of wealthy parents, who do not remember the name of their children and the child reacting and self harming to draw attention to its parents and the child minder being blamed and prosecuted. Similarly old people have been attacked by their carers and abused and told they are a waste of space and so on. One carer in our block told me that she does it for a living, but hates the smelly old people and shudders to think she will end up like them one day, so she hurts them for her own unowned hurt.
Is this another conspiracy to normalise our behaviour.  Ah yes your child has 'xyz' some horrible frightening medical term like for example 'nasopharyngitis, coryza, rhinovirus,coronaviruses', and apart from making the pharmaceutical industry and your GP stinkingly wealthy it may well be the dumbing down of the youth, a submissive generation of younsters, out of control and needlessly drugged, put this with so called 'recreational drugs', preservatives, additives, sugar laden fodder and you have a recipe for disaster. Where I live some of my older neighbours than I are drugged to the hilt, true they live on.  They are like zombies, staring vacantly at the TV, not recognising their children and even their neighbours or carers. It is equally so that many are compos mentis (Of sound mind. Also used in the negative "Non compos mentis", meaning "Not of sound mind".) are delightful intelligent aware and awake and a joy to behold.
However, what of the youngsters, if they are like zombies or dangerous now. Old and outcast before their time.
UNDERWHELMING: Solar Cycle 24 is shaping up to be the weakest solar cycle in more than 50 years. In 2009, a panel of forecasters led by NOAA and NASA predicted a below-average peak. Now that Solar Max has arrived, however, it is even weaker than they expected. Look inside the yellow circle to see the shortfall:

It may be premature to declare Solar Cycle 24 underwhelming. Solar physicist Dean Pesnell of the Goddard Space Flight Center thinks Solar Cycle 24 is double peaked--and the second peak is yet to come. Also, weak solar cycles have been known to produce very strong flares. The strongest solar storm in recorded history, theCarrington Event of 1859, occurred during a relatively weak solar cycle like this one.

Cheap teabags - bad for your health?

Researchers at Derby University measured the levels of fluoride in supermarket own-brand teabags by looking at the amount found in a litre of tea, the equivalent of four cups a day. It's the amount the average Briton drinks a day. (And we don't know about your office, but around here four cups would be the bare minimum to get us through the day.)
On average, the level of fluoride in own-brand teabags was 6mg. The recommended daily amount (taken from US recommendations as there a recurrently none in the UK for fluoride) is just 4mg. Only Waitrose's own brand teabags were below this, with 3.6mg of fluoride per litre found.
And while green tea is touted for its health benefits, after standard black tea it was found to have the highest fluoride levels. Slightly pricier tea brands such as PG Tips and Twinings contained less fluoride than both of these.
Fluoride splits experts because it has some health benefits, which has led it to be added to the water in some US states. But many are concerned that it affects the body in more ways than we realise. It has been linked to osteoporosis and brittle bones and teeth, kidney damage and cancer and some specialists believe it affects the thyroid, which has a vital role in our hormonal systems and metabolism.
It's important to remember that fluoride is also found in other food and drink such as wine and seafood, plus toothpastes and mouthwash.

Fluoride is not a problem in coffee, fruit or herbal teas. Black, green and oolong teas all come from the same plant, which naturally absorbs fluoride. But purer, more expensive blends such as Darjeeling and Assam were lower in fluoride, as was oolong.
Researcher Laura Chan explains: "The tea plant, Camellia sinensis, is a fluoride accumulator, with mature leaves accumulating most of the fluoride.
"When tea is harvested, these older leaves may be used to produce lower quality, stronger teas such as economy teas.Whereas the bud and newer top leaves are used in the manufacture of higher grade and speciality tea products.
"People may be drinking excessive volumes of tea in addition to  other dietary sources of fluoride and may not realise these potential health implications."

Is this the end of the tea bag? Cambridge engineers invent spinning machine that ‘brews the perfect cuppa’

Cambridge boffins today unveiled a new machine they claim brews the perfect cuppa – spelling the end of the tea bag.


Engineers at Cambridge Consultants, who revolutionised tea making by inventing the first round teabag, have built a machine that spins pods filled with tea leaves at high speed.


The scientists say the machine makes a “high quality” brew and allows users to have more control over the strength and flavour of their tea.
http://swns.com/news/tea-bag-cambridge-engineers-invent-spinning-machine-brews-perfect-cuppa-28302/ 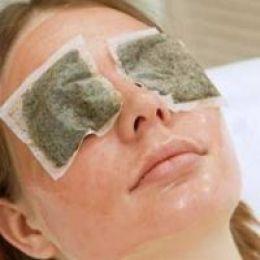 My ex partner and some of my girlfriends used to put tea bags, cucumber slices on their eyes.
Heathen me put them on the compost heap, the bags not the girls!!!.
http://www.youtube.com/watch?feature=player_embedded&v=BSHCdalj3Fo
The Language of Truth. 3 mins.
MAGNETIC UNREST: Earth's polar magnetic field is unsettled as a fast-moving stream of solar wind blows around our planet's magnetosphere. Last night, the buffeting sparked bright auroras over James Bay, Canada:
You do not have to have CME's Solar Flares and the like these solar winds can be most unsettling to say the least.. as of 26-07-13  24-hr max: Kp= 4 unsettled (even in a quiet  sun activity) 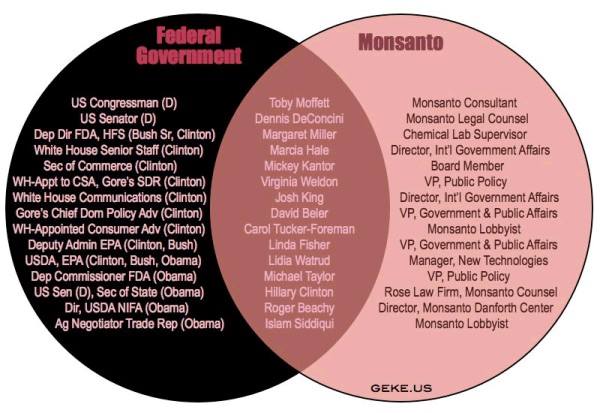 http://healthfreedoms.org/2013/07/24/extensive-list-of-politicians-paid-off-by-monsanto/
If the devil could cast his net. 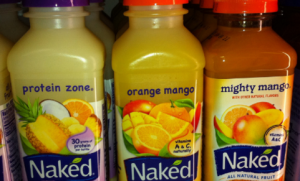 Its 45 mins of a very well put together documentary with evidence and a great UFO Documentary.  Really enjoyed it, I was busy and tired but had to watch till end.
This NASA 4 min Video will make you sit up---the end of the world is nigh--you may have to wait a bit.
Until then folks have fun and Be Well. Geoff

Posted by GEOFF FREED ONLINE at 01:41