May your smile light up the day and your heart open to the glory of unconditional love. Greetings and Joy to you.

Long, long ago in a galaxy far away( Now where have I heard that before?)there on the planet 'Make up your Mind' classified in the Galactic HQ files as Planet XZ1cat.12 sub section 90000000, population 12 million, humanoid and simple technology and rudimentary belief systems, mainly vegetarian, but lamb eaters at times, as lambs are the sacred animals. 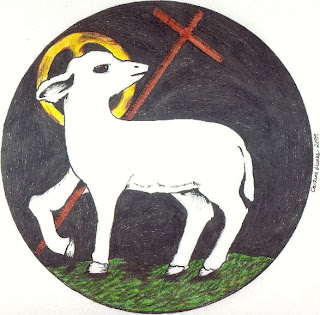 A prize job was to be a shepherd and guard the sacred flock from the 'nerians' a kind of wolf. This particular shepherd was a young boy named Ickbuck and he sat watching the flock and listening to his collatbub a sort of primitive ghetto blaster which played soft soothing music, it kept him awake, the nerians away and the sheep docile.
One of the features of the Lamdonians was that their skin was as tough as hide and no one has ever recalled blood coming from a cut or graze. There was a legend that one day a prophet would come and he /she would have blood coming from a cut or wound, it would be holy and save them from the oppressions of the Gozulti, wicked rebels and vagabonds who lived in the mountains and came down and raped, pillaged and carried away young damsels for wives or such like and men as labourers, leaving enough for a raid and bounty next time. (somebody been watching the magnificent 7?)
One starry night IckBuck was staring into the magical sky when a HUGE meteorite flew by and brightly lit up the ground and mountains beyond.  His collatbub fell to the ground and IckBuck fell base over apex to the ground as he tripped, stumbled and fell, he had indeed fallen over the stone upon which he had sat.
As he arose he noticed his hand was cut and blood flowed from his forefinger. He ran to the village leaving his sacred flock in the hands of the Hoodikin a mythological God of Protection.
He arrived at the village in pain seeking help for no one had ever had their tough skin cut. He cried 'help it hurts' the villagers seeing the cut called the local Hoodikinco, the local priest, who proclaimed IckBuck was indeed the long awaited Messiah.
IckBuck was given many wives, four sacred sheep, some muckdins, something like a chicken, terellls similar to camel /horse and a squathooti his home, a real posh one, fit for a prophet.  Meanwhile he was shouting a phrase 'bloody Aida' a kind of oy veh, clasping his finger in agony.  All bowed down deeply in awe. He was bewildered and bemused and tried to explain what happened, they did not listen, after all he was the Hickbarnaught, the Prophet and Messiah. 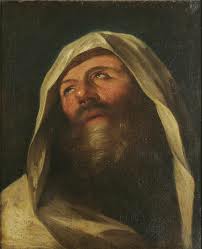 Bloody Aida I think they got the wrong dude here. They tell me it looks something like IckBuck as he aged.
Anyway all the villagers and those from around came to the holy stone where IckBuck's blood had fallen, the stone was holy and a shrine built around it, once a year a pilgrimage came and the shrine was opened and people kissed the stone.  'Here is the Shrine and Stone of IckBuck the Prophet of the cut finger'.
The people clamoured around him and asked him how it came about and what did it feel like? He could only mumble, he was in shock and surprise for many weeks, years after this. He would say well it sort of, sort of, I don't know no one has ever done this before, it causes pain. The villagers who had seen the Hoodikinco go into trance thought this was mystic ecstasy. How to achieve it, listen to your collatbub in the time of the bright light showers in the sky, sit with the holy sheep and guard them from the nerians and look out for the Gozulti. This would mean nearly the whole populous of 12 million who over time came to worship the Hickbarnaught IckBuck, would have to spend their nights at the stone or stones, in the hope they fell into a trance tripped base over apex and cut themselves, and proclaim bloody Aida
IckBuck tried to tell them he was not in a trance, he merely saw this bright light which many saw that night, and they said it was the light of Hoodikin and he had been blessed and baptised by it.  Ickbuck pleaded with them he was just an ordinary shepherd boy, they said he was so humble, he said do it for yourself and then you will know. The declined, in the end Ickbuck realised his luck and become to realise the bucks in luck.  He lived ever after in luxury, many wives, he ordained priests and they became powerful, the religion of IckBuckton, spread to other planets, and then others faiths attacked, felt threatened and pleaded to their Gods for salvation, and even to the OY VEH  who said they had enough Tsu- Ris of their own.  IckBuck formed an elite and a Federal Bank and his once friends were deeply oppressed, the OY Veh told them that's what happens when you give up thinking for yourself and giving your power to another. So the Lamdonians got Tsu-Ris but without levitation.
Even the mighty Gozulti came to revere him.  For their skin was even thicker than the lower plains Lamdonians. 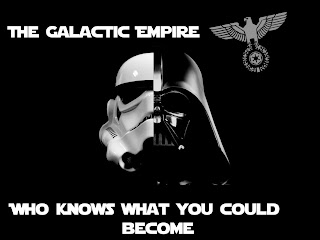 Oy who invited you?

Posted by GEOFF FREED ONLINE at 01:15