Hi again.  A little bit of sarcasm, which has been described as the lowest form of humour or a play on words.  See what you come up with.

http://uk.news.yahoo.com/bill-gates-admits-%E2%80%98control-alt-delete%E2%80%99-a-mistake-234044101.html#gchTDma
Bill Gates has finally admitted the puzzling Control-Alt-Delete key combination used to access the login screen on personal computers was a mistake.
According to Yahoo! US reports, Gates, co-founder and former chairman of Microsoft, made mention of the mistake during a recent appearance at Harvard University.
"We could have had a single button, but the guy who did the IBM keyboard design didn't want to give us our single button. (snip from article)
Now my play on words. I call Bill Gates, Mr Vaccine Monsanto. And the Delete should  be as Alter Ego Elite. 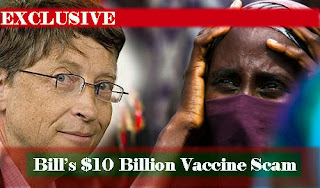 http://whale.to/v/bill_gates9.html
http://www.naturalnews.com/029911_vaccines_Bill_Gates.html
Quote. So what does it mean when Bill Gates says "if we do a really great job on new vaccines... we could lower [world population] by 10 or 15 percent?" 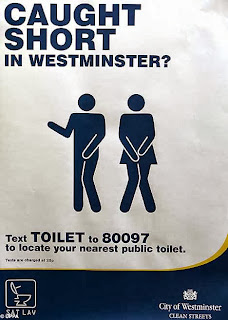 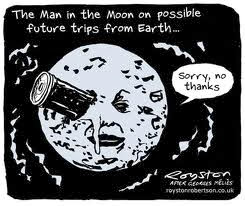 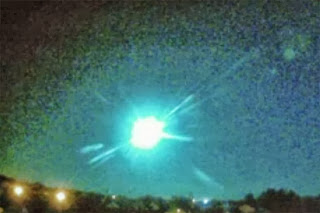 "This was a very bright event," reports Bill Cooke of NASA's Meteoroid Environment Office. "Flares saturated our meteor cameras, and made determination of the end point (the terminus of the fireball's flight through the atmosphere) virtually impossible. Judging from the brightness, we are dealing with a meter class object."
Data from multiple cameras shows that the meteoroid hit Earth's atmosphere traveling 51 km/s (114,000 mph) and passed almost directly over Columbus, Ohio. Cooke has prepared a preliminary map of the ground track. According to the American Meteor Society, the fireball was visible from at least 14 US states.
http://uk.news.yahoo.com/mans-forehead-nose-common-reconstruction-technique-182245077.html?vp=1#XcQezGZ 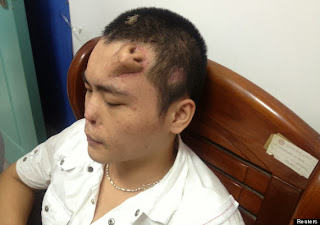 http://www.naturalnews.com/042260_genetics_myths_Human_Genome_Project_morphic_resonance.html
I go along with the above link. In energygrid I did so much on genetics, cells and the shift, that it would take 25 or more posts to go into it. When in forensics I did a degree in psychoneuroimmunology, also was in touch with Crick and Watson, Professor Chang and a link to Pro. Chang see Post 2 (scroll down)
http://churchofcriticalthinking.org/news/alien_dna.html
Candace Pert's Book 'The Molecules of Emotion', Bruce Lipton's 'The Biology of Belief', David Willcocks two books 'The Source Field Investigations' and 'The Synchronicity Key' plus my own investigations and researches into the 'Adam and Eve Event' 'The UFO story' all in energygrid.  However a mixture of all those above and the Annunaki above may suffice. 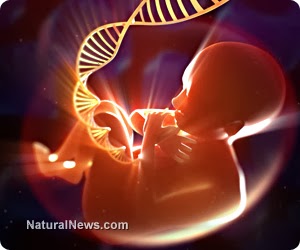 Whose DNA  and why.  Storage space as above.


'Up To 50 Students Killed' At Nigeria College

The No. 2 officer at the military command
in charge of all nuclear war-fighting
forces, Vice Admiral Giardina has been
suspended and is under investigation for
possible involvement in illegal gambling
by the Naval Criminal Investigation Command,
officials said.
The suspension suspiciously fell upon the 3rd
of September, the same day that Senator
Lindsey Graham warned of a possible nuclear
strike in a  city or other city
across .
Admiral Giardina became the target of an
inquiry being conducted by the Iowa Division
of Criminal Investigation into possible use of
counterfeit gambling chips at the Horseshoe
Casino in .
The highly unusual action against a high-ranking
officer at U.S. Strategic Command was made more
than three weeks ago but not publicly announced.
Even more unusual is the absurd quality of
the charge that is being lodged against this
highly-decorated, 30-year career Navy Vice
Admiral, whose responsibilities were of such
a preeminent and consequential nature that
the official explanation of the circumstances
behind his suspension, totally beggar belief!
With rumors of a false flag nuclear strike in
and of FEMA Region 3 preparing for
disaster, what is the suspension of Vice Admiral
Giardina on the same day as Lindsey Graham's
warning REALLY about?
(Courtesy of Alexandra Bruce  Forbidden Knowledge 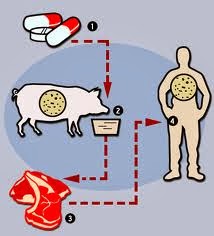 You keep away from my 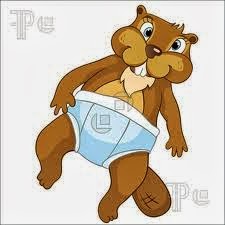 bum---vanilla my arse.
In this clip at the inauguration of the
new office for the Council on Foreign
Relations () in
Hillary Clinton frankly reveals who's
running the show in the .
YouTube uploaders have called her
comments an "accident" but I see no
accident here. She is among her peers
and the has a "non-attribution law",
whereby members are allowed to speak
freely without having their statements
subject to being attributable in the media.
What is the ? Today, it is considered
to be the most influential foreign policy
Think Tank in the . Since its inception
in 1921, the  has basically served as an
intermediary between high finance, big oil,
corporate elitists and the US Government.
members occupy key positions in
government, the mass media, financial
institutions, multinational corporations,
the military and intelligence communities.
Over the past 70 years, within every
US Presidential Administration, be it
Republican or Democratic, almost all the
cabinet positions have been held by
members. Since 1940, every Secretary
of State (with one exception) has been a
member of the Council on Foreign Relations
and/or its younger brother, the Trilateral
Commission. Also since 1940, every
Secretary of War and every Secretary
of Defense has been a member.
During most of its existence, the has
been headed by members and virtually
every key national security and foreign
policy adviser has been a member
since World War II.
On its web page, the boasts that its
magazine, Foreign Affairs, "is acclaimed
for its analysis of recent international
developments and for its forecasts of
emerging trends." How hard can that be,
when your organization plays a major
role in causing said "emerging trends"?
meeting participants are forbidden
"to publish a speaker's statement in
attributed form in any newspaper; to
repeat it on television or radio, or on a
speaker's platform, or in a classroom; or
to go beyond a memo of limited circulation."
Therefore, the only information the public
has on the is the information they
release for public consumption - which
should be a matter of deep concern to
anyone who understands the immense
effect that directives have on 's
foreign policy. (courtesy Alexandra Bruce Forbidden Knowledge)
CME IMPACT, GEOMAGNETIC STORM : Arriving a little earlier than expected, a CME hit Earth's magnetic field on Oct. 2nd at approximately 0200 UT
Planetary K-index
Now: Kp= 5 storm
24-hr max: Kp= 6 storm
Interplanetary Mag. Field
Btotal: 11.7 nT
Bz: 11.0 nT north
Current Auroral Oval:

Of course not a word about the biological impact on us.
Refer  http://www.energygrid.com/destiny/geoff-freed/2012/03c.html
http://www.glcoherence.org/monitoring-system/commentaries.html


Bad' cholesterol is actually good as we get older


The idea that there is a ‘bad’ form of cholesterol is one of the great medical myths of our time.  As we age, our bodies need more of the ‘bad’ (low-density lipoprotein) type, especially to help brain functions—and so it’s no surprise that researchers have this week proven that cholesterol-lowering statins cause memory loss.
The association has been suspected for some time, and last year ’s drug regulator, the FDA (Food and Drug Administration) ordered statin manufacturers to list among the drug’s side effects memory loss and impaired cognitive functioning.
The warning was the result of thousands of ‘anecdotal’ reports from patients and doctors who noticed an almost immediate effect on memory and mental capabilities once a statin prescription was started.
These case reports have now been verified by scientists at , who tested the impact of two common statins—Pravachol (pravastatin) and Lipitor (atorvostatin)—on laboratory rats.  Within 18 days, the rats’ simple leaning and memory functions had been badly affected, especially among those on Pravachol.
Memory and cognitive functions were quickly restored once the statins were withdrawn.
(Source: PLoS , 2013; 8: e75467). 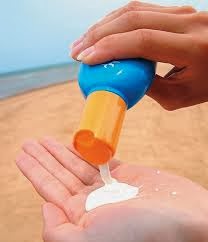 Sunscreens can trigger skin cancer, scientists confirm
Far from protecting us, common sunscreens can cause skin cancer when they are exposed to the sun’s rays. Cosmetics can have the same effect, and it’s all down to the titanium dioxide most of these products contain.
Titanium dioxide (Ti02) triggers a series of toxic effects—including skin cancer—when it is exposed to ultraviolet light, which is in the sun’s rays. But even indoor lighting, which has very little ultraviolet light, can release free radicals in the skin, which is a precursor to cancer and is also linked to skin ageing.
Researchers at tested two types of titanium dioxide on pig skin, and exposed it to indoor lighting. One form, rutile, had almost no damaging effect, but the other, anatase, started the free radical process.
Millions of tons of titanium dioxide are produced every year for use in cosmetics, sunscreens, toothpaste and food products. The compound is considered to be safe in skincare products because it doesn’t penetrate the skin; however, it becomes toxic when exposed to ultraviolet light.
The researchers, led by Francesco Turci, urge manufacturers to start using the safer form of Ti02.
(Source: Chemical Research in Toxicology, 2013; 1309121836290
http://uk.news.yahoo.com/russia-charges-greenpeace-brit-piracy-075320076.html#hn3xOqL
http://www.naturalnews.com/042293_vaccines_autism_medical_studies.htm
Be Well.  Geoff 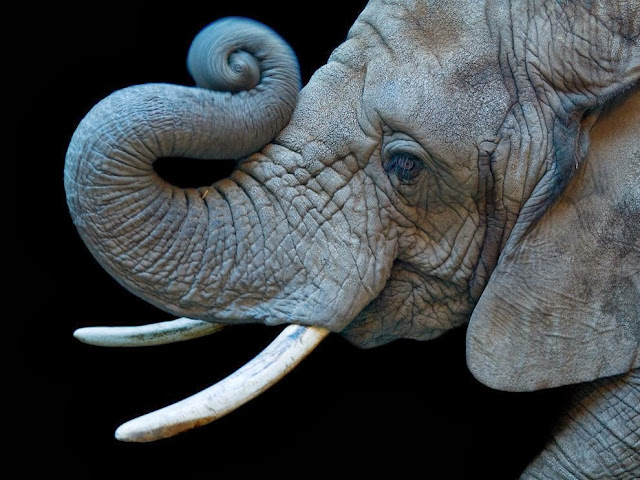 This photograph is being run as series of 'look me in the eye' by National Geographic as these beauties are on the verge of extinction.  Can you look the elephant and others to follow in the eye and say you don't care?

Posted by GEOFF FREED ONLINE at 05:07