Ahoy, come aboard. Hope all is well and ship shape.

Giants
Hybrids
There is so much on giants and many older cultures that mention hybrids and giants. http://www.energygrid.com/destiny/geoff-freed/2011/05d.html  Scroll down.  See Post 2, scroll down to insert marked 'cave explorer's find alien Mummy' and read on and many more in back posts in energygrid about my take on Adam and Eve which set Rabbi's and others alight and got me into heated debates, also about Moses, Aaron, the Ark and so on. http://youtu.be/K4642t4dvMc .  Another view on Giants.
Very important to grow and build these communities
http://www.energygrid.com/destiny/geoff-freed/2011/03.html
Please scroll down to the farm of the future and the following series of videos, so, important.
I just love pigs and this disgraceful treatment of them as depicted in this 2.30 min video disgusts me, again profit before compassion.
SOLAR FLARE! Solar activity is high. On October 24th at 00:30 UT, Earth-facing sunspot AR1877 erupted, producing a powerful M9-class solar flare. NASA's Solar Dynamics Observatory recorded the blast: 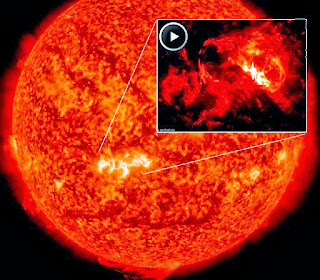 A flash of extreme UV radiation from the flare ionized Earth's upper atmosphere and created a brief HF radio blackout on the sunlit (Pacific) side of the planet. The blackout has since subsided. A CME might be en route to Earth, but we're still waiting on SOHO coronagraph data to confirm this possibility.
Meanwhile, more flares are in the offing. Two large sunspots, AR1875 and AR1877, have 'beta-gamma-delta' magnetic fields that harbor energy for strong eruptions. NOAA forecasters estimate a 40% chance of M-flares and a 5% chance of X-flaresduring the next 24 hours.
[Courtesy Spaceweather.com  Remember the biological effects as mentioned in back Posts and  http://www.energygrid.com/destiny/geoff-freed/2012/03c.html  and these effects can last for weeks. 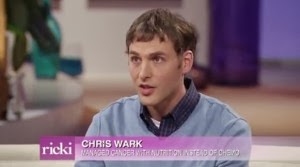 http://healthfreedoms.org/2013/10/18/man-with-stage-3-colon-cancer-refuses-chemotherapy-cures-himself-with-vegan-diet/  Wonderful Brave Man.
Dear Geoff
I would be grateful if you could help me.
In their attempt to defend themselves against the sustained attacks of Simon Singh and Sense about Science WDDTY have made some errors.
They have said that they have interviewed me -  I have never been interviewed by or behalf of WDDTY - as below:
"We interviewed – and simply quoted – a medical doctor called Dr Jayne Donegan, who had carried out her own research into the MMR, and concluded that a child with a strong immune system shouldn’t have the vaccine. This was the considered view of Dr Donegan, not us. We were simply quoting her.”
I would be very grateful if you would remove this paragraph from your very interesting blog, rather than WDDTY's having to post a retraction, which will make their situation worse.Thank you for your help.Yours SincerelyJayne DoneganDr Jayne LM DoneganMBBS DRCOG DCH DFFP MRCGP MFHomLondon NW4 1SH, UKT/F 0044 (0)20 8632 1634[email protected]jayne-donegan.co.uk/

Surfer Fends Off Shark With Punches To Head 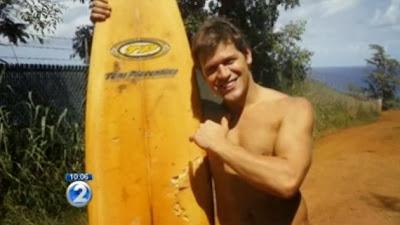 Yahoo News/KHON 2 - Surfer Jeff Horton said he 'thought he was going to die' during the shark attack. (KHON 2)
A surfer in has survived being attacked by a shark after grabbing its fin and repeatedly punching the fish in the head.
Jeff Horton, 25, was surfing near when a fin was spotted in the water.
Twenty minutes later, he was sitting on his surfboard with his legs dangling in the water when he spotted a dark shape approaching.
Initially he thought it was a stingray, but was forced to quickly pull his legs out of the water as the tiger shark bit into his surfboard.
The impact knocked Mr Horton off his board and on top of the shark.
Holding on to the shark with one hand, he repeatedly punched it as hard as he could.
He said: "I finally got one nice punch into the eye. I put some really good hits on it, for sure."
It was only after his knuckle jammed into the shark's eye that it spat out his surfboard and swam away.
Mr Horton was able to scramble back on to his board and, along with another surfer, paddled to the shore as the shark briefly followed behind them.
His 7ft board, which has a teeth imprint, will now be put up on his wall. 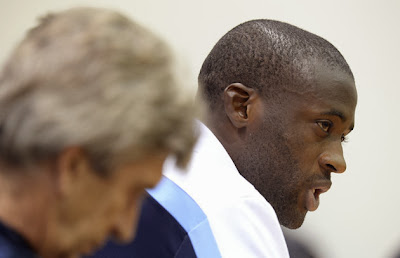 Yaya Toure.
Manchester City midfielder Yaya Toure was subjected to noises that sounded like monkey chanting as his side faced CSKA Moscow in on Wednesday.
City have confirmed that they intend to submit an official complaint to UEFA over the alleged abuse, and a club official even spoke to the match delegate from the organisation after the match at the Arena Khimki with a written complaint to follow.
Toure spoke of his sadness over the matter at the end of the game after he appeared to point to referee Ovidiu Hategan to identify specific sections of the CSKA supporters who were allegedly abusing him.
The midfielder has been widely commended for his inspirational and dignified response to the incidents and in reporting what happened via social media and interviews.
The international told Sky Sports: "It is quite disappointing when you're talking about people continuing to do that.
"It is unbelievable and very sad on my part.
"I think UEFA need to do something strong. It would be nice if we could stop that.
"Some of the songs today were quite stupid and I think UEFA has to do the work.
"Every time we say something it continues, something has to be done to stop it."
The papers were full of praise for the way that the City star reacted to the reported abuse and spoke with such 'strength' and 'class' after the match.


The new medicine: how light helps fight MS and infections
Multiple sclerosis (MS), blindness and life-threatening infections are all being successfully treated with a new light therapy. Phototherapy, which uses near-infrared (NIR) and blue light, could one day be used to fight a range of degenerative diseases, including cancer, say researchers who are pioneering the therapy.
Thus far, the therapy has been tested out only on laboratory animals, but the results are so promising that it will be tested out on humans soon, say researchers at the .
The problem has been in getting the right wavelength at the right intensity and for the right period, but when it all comes together, the results are remarkable. In the latest study, the researchers have successfully treated early-stage symptoms of MS in rodents.
The success follows earlier studies where blindness has been reversed, and blue light has been used as a successful antibiotic against infections, even the life-threatening bug. Ageing and degenerative diseases such as cancer could all be helped by phototherapy, the researchers believe.
But right now medical regulators such as the ’s Food and Drug Administration (FDA) are sceptical, and classify phototherapy as an ‘alternative therapy’. To change that, the researchers are hoping to mount a major human study.
(Source: University of Wisconsin-Milwaukee) Courtesy WDDTY.
Drinking coffee halves risk of liver cancer
Drinking coffee every day reduces your chances of developing liver cancer. Three cups a day halve the risk of , or hepatocellular carcinoma, the most common type of liver cancer.
is the third most lethal form of cancer, but your chances of developing it can be reduced when you drink coffee, new research suggests. People who regularly drink coffee can reduce their risk by 40 per cent, but the risk drops to 50 per cent in those who drink three cups a day.
The link between coffee and liver cancer has already been noted, but researchers from in have included the very latest studies to confirm earlier findings. The finding adds to the growing health benefits of coffee. Earlier studies have shown it helps prevent diabetes and cirrhosis of the liver.
(Source: Clinical Gastroenterology and Hepatology, 2013; 11: 1413). Courtesy WDDTY.
The beautiful Sombrero Galaxy. Oh Boy. The wonders of the Universe.  2 mins.
- 'When Love Knocks on the Door' - Workshop with Geoff Freed from
Starts at - Finishes at - Cost is £ 15
There are many aspects of Love. The love of a child, a relative, friends, one's spouse, parents and pets. Many more can be named. Yet there is a love far beyond the intellect, logic or teaching. Love cannot be taught, it can be gained through Life's experiences, however, there is a rare love, gained through a special invitation in which grace opens the door and one knows this 'When Love Knocks At The door'. This day will look for the key to open the door and invite this special love in.
Geoff is full of exciting life changing things to share  and  marvel at !! Not to be missed. It is 4 years since Geoff was last with us (first workshop with us 1986 – and 4 workshops  a year until 2000 plus).
This is a one off special - not to be missed. {By the way £15.00 is not expensive there are other workshops that would charge from £150 to £250.00.  This £15.00 just about covered the hire fee of the hall and the train fare. At one time I was banned from doing workshops in London venues because I undercut the 'Big Names'.  Mind you in being fair about this I did have a Forensic job, whilst others did workshops for a living. The 'Big Names' write books and world tour and are front line. I preferred to be just a few steps down.  I still did Europe and Canada, some 639 workshops, 3,000 patients,436 plane flights, 350 train journies and drove 250,000 miles}
http://wakeup-world.com/2013/10/23/9-questions-that-stump-every-pro-vaccine-advocate-and-their-claims/
A brilliant article on vaccine's.  Highly commended.
8 mins Video


of Influenza and Common Vaccines
Source: Institute For Vaccine Safety 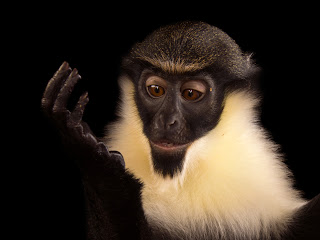 Posted by GEOFF FREED ONLINE at 02:52