Hi. A nice video to sink your teeth into. It'l  make you cringe or gnash your teeth.


Bill Schneider
Another of these assassinations of whistle blowers and those who wish to spread the truth.

Curiosity on Mars.  Very curious indeed. There are certainly hints of possible life on Mars coming from all sources now.

House Of Lords, Lord Cunningham, Lord Mackenzie, Sunday Times, UK Politics, JIM MURPHY,Lobbying, Lord Laird, Lords, Lords Suspended, Sleaze, UK NEWS, UK Politics News
The latest lobbying allegations to hit Parliament are "a new low for British politics", a senior MP has said.
Shadow defence secretary Jim Murphy said voters would rightly be "sickened" at reports that peers were prepared to lobby in return for cash.
British politics was looking more like the sleazy days of the early 90s this morning, with an explosion of sex and lobbying scandals hitting the headlines.
The Mail on Sunday featured a mysterious report of a love affair which would have serious implications for David Cameron.
All that is known about the couple is that they are middle-aged and not in Cabinet. The affair is now understood to have ended.
Those who are aware of who is supposed to have been involved in the affair are using increasingly hyperbolic terms to describe how it could affect David Cameron's leadership.
The Mail also reported that crisis talks had been held at No 10 in the wake of the revelation.

In my research and experience, it sets off the fight/flight reaction or the allergic alarm, hey  an intruder.  So the body begins to recognise the 'intruder' vibe and where ever it exudes/ emanates./ transmitted from the 'alarm' flags up, or rather flares up.  The allergic response will be commensurate and concomitant to the bodies specific anatomical and genetic make up, as we say in the UK 'horses for courses'. 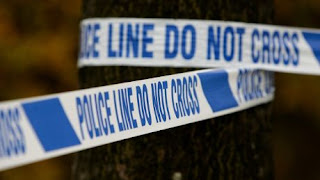 
Published: 2:33am, 16th June 2013
Updated: 9:41am, 16th June 2013
Three men and a police officer are being treated in hospital after they were stabbed at a mosque, police said.
Reports suggest an argument may have broken out between members inside the building prior to the attack.
The male police constable was injured when he arrived at the scene after responding to reports that three men had been stabbed at the mosque in the Ward End area of Birmingham.
A 32-year-old man is being questioned on suspicion of attempted murder, West Midlands Police said.
The four wounded men are described as being in "stable" conditions in hospital.

This is also too familiar now.

A plane travelling between Egypt and the US has made an emergency landing at a Scottish airport.
The aircraft was escorted to Prestwick Airport, Ayrshire, by Typhoons from RAF Leuchars during its flight from Cairo to JFK Airport in New York.
A spokesman for Prestwick Airport said it landed about 2.30pm but the airport is continuing to operate as normal, with flights continuing since the Egyptair plane landed.
Police are in attendance on the runway and described it as an "ongoing incident".
Transport in the area has been disrupted as officers closed roads near to the airport.
BBC employee Nada Tafik is on board the plane and said she found a note in a toilet apparently threatening to start a fire. (These are getting more prolific as world tension builds up) 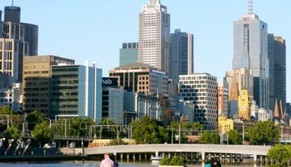 A female tourist from Europe says she was held and used as a sex slave in a seven-week ordeal in a Melbourne hotel room, Australian police have alleged.
The woman, aged just 21, was visiting Australia on holiday when she met her alleged abusers, Alfio Granata and his girlfriend Jennifer Peaston, at a party.
The details of her ordeal, which include numerous alleged rapes, have been revealed in a police record of an interview, seen exclusively by the Sunday Herald Sun.
The woman escaped when she stabbed Granata, 44, as he slept, it will be alleged.
Granata has been charged with more than 100 offences, including rape and assault with a knife, abduction and theft.
In his defence, Mr Granata claims the woman was a consenting participant in threesomes with Peaston, 32.
He claims there were occasions when the alleged victim left the hotel room to visit a supermarket, and attend work at a city restaurant, says the Herald Sun.
Last year, a study found that up to 2000 women were trafficked into Australia every year and forced to work as sex slaves.
I shall not report too much local crime, this is merely to say that these incidents are more prolific.  It is true with the internet and world communications, the news gets around a lot faster, yet I am told by people I know in Interpol it is rising, also immigration, asylum seekers, travel, and so increasing world population and land being built on, pushing people together, causes a kind of hysteria, violent movies and the like.
It was once stated a person needs 12 square feet to be in their own space. Think of the packed trains, buses, crowds, we breathe in each others anger, anxiety, and boring jobs. 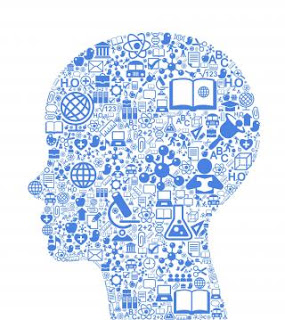 Busy, buzzing, bzzzzz  chatter boxing mind.
Hoping you have your physical space and quiet peaceful environment and space in your mind and head to feel uncluttered by the internal dialogue and chatter.  Most of us are not aware of the constant background noise of our thoughts until we stop, sit, breathe and listen.  Just listen quietly and many say there is a shock and sudden realisation of how noisy and busy the mind is, like a constant stream of babble.
This actually drives us, robotically, incessantly non stop humdrum and it is strength sapper.
The first time I really became aware of my thoughts, it was so loud I recoiled in fright, thinking some one had placed a loud radio near me.
There are some who are saying prayers all day, some doing their beads, some doing mantras, some constantly on the cell / mobile phone, talking in the office, neighbours non stop cacophony, and I stayed with friends who go to sleep with earphones playing radio or sleep tapes, and on waking have their cigarette and immediately switch on the news. Some actually detest silence, quiet, nature. Well we have choice---don't we?
Its like the restaurant with a tape loop background music. I went with a girlfriend to this posh restaurant many years back, we had candlelight, a table in a secluded corner and after a while we fell silent and got into the meal, I remember hearing the first tune 'Strangers in the night' it went through the album and came back eventually to strangers in the night, we spoke a lot and spent about three hours in the place and I must have heard that record at least five times. 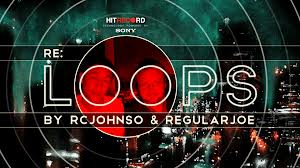 It can drive you loopy.
So in this restless world we are getting more and more noisy, car exhausts, motor bikes, Radio and TV with bass speakers and so on. Many deaf youngsters shouting because they've blown their eardrums with loud stuff.  People on buses, trains, markets shouting down their cell phones, noisy dogs left alone, yet one can be in the midst of this and find a quietness within.  I am finding this more these days.
Not blanking it or retreating into a mind distraction fantasy, or getting angry, but by being fully aware of the noise and offering no resistance to it and it seems to flow through.  Sometimes I do my nut and cuss and react. Oh well its all in a days work so they say.
I found the resistance causes the anger and reaction, its something like 'how dare they invade my privacy, my space, raped by noise, have they no respect, good god I could throttle them' and so on.

Here's wishing you the space and environment you deserve.
Be Well. Geoff
ADDENDUM
A great 9 min interview.
http://www.forbiddenknowledgetv.com/videos/patriot-act/3-nsa-veterans-speak-out-onwhistle-blower-we-told-you-so.html
THIS IS MOST, MOST, MOST IMPORTANT. This is hot, hot, hot. a 9 min. Interview. Hot.

Please support Lloyd as much as you can. His work is vital and needs to be 'out there'. As an ex forensic man I have no doubts we are looking at an ET skull.  Why I feel this intrinsically and urgently needed, is because we are at a global mind bind and deadlock, old outworked, exhausted patterns of living, modern technology, and  yet strangely weird archaic mind sets delving back to barbarism and human sacrifice.  Sacrifice ah la 2013 mode.  Water rights, GM food, Chemtrails, and so much more the list is endless, arrest without a chance of due legal representation.
I am convinced Lloyd is a genuine, noble man, and the way his work is set up now, it may help to break the mind set of the old archaic religions, politics, archaeologists and  supporters.
Lloyd very kindly signed one his books for me and the title is profound and apt from the day he produced it 'Everything you know is Wrong'

Posted by GEOFF FREED ONLINE at 02:38