Some of you may remember a popular American TV series named the Bionic man, it's star was Lee Majors and later on the Bionic women with Lindsay Wagner I believe. 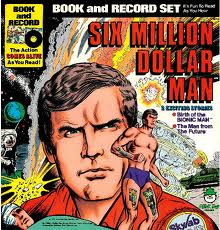 Well they do say some science fiction can eventually with tweaking and innovation and good old left brain mechanisations become a reality in this form finite reality.

Oil Pulling.
I do this with Sunflower oil  you can use sesame oil or the above.  Traditionally you spit it out and then swill around the mouth with warm water to clean the mouth, then use a good salt swish solution, rock salt, sea salt, Himalayan salt, I use cider organic apple cyder vinegar, after the water rinse, some say to clean teeth. Tests have shown huge amounts of bacteria in the swished out first lot after the 15-20 minute swill. Do just a few minutes to start with.  Research on the net.
Bitcoin. A new attempt to change finances.

Former U.S. President George W. Bush
recently dedicated his Presidential Library
in . The ceremony included speeches
by President Obama, ex-President Bush,
and every other living ex-president.
But none of the speeches so much as
mentioned to war -- the undertaking  n
that dominated George W. Bush's presidency,
and will define his historic legacy.
This omission might be due, at least in part,

to the fact that Mr. Bush is now a convicted
war criminal who dares not travel abroad out
of fear of being arrested.
Interesting to see if this tribunal is legal. This is dynamite. The Bilderberg's had to cancel a meeting in Switzerland. A Swiss politician tried to get into the meeting and was refused he then went to the government and they upheld it and said it had to be an open meeting.  This is dynamite.
http://www.youtube.com/watch?v=gGMZ1sf5U8I
Al Gore on Chemtrails.  Good spiel Oh Boy.  What a load of cobblers.

The Met Office is to hold an emergency meeting of experts to discuss the increasingly unusual weather in the UK, it has been reported.
It follows the coldest spring in more than 50 years, as well as droughts and floods in 2012 and the freezing winter of 2010.
Climate scientists and meteorologists will travel to the forecaster's headquarters in Exeter on Tuesday for the unprecedented meeting, the Guardian said.
Attendees are expected to debate whether the changing weather pattern in the UK, and in northern Europe, is because of climate change or simply variable weather.
A Met Office spokesman told the Guardian: "We have seen a run of unusual seasons in the UK and northern Europe, such as the cold winter of 2010, last year's wet weather and the cold spring this year.
"This may be nothing more than a run of natural variability, but there may be other factors impacting our weather ... there is emerging research which suggests there is a link between declining Arctic sea ice and European climate - but exactly how this process might work and how important it may be among a host of other factors remains unclear."
Experts will identify what further research is needed and discuss whether climate models need to be revised to take into account any recent changes to weather patterns
It comes after the National Farmers Union reported that wheat harvests are likely to be around 30% lower than last year as a result of the extreme weather.
Earlier this month the Met Office said below average temperatures throughout March, April and May made it the fifth coldest spring in national records dating back to 1910 and the coldest spring since 1962.
March was "exceptionally" cold, averaging 2.2 °C.
With all the research done on natural cycles, I did at least 25 blogs in energygrid on them. A very small synopsis:- Ice drilling's at Arctic, fossils found in deep impacted mud in Fjords, Earth's core slowing, Earth's magnetic field decline, population charts, archaeological evidence, the list is endless.  Yet these mainstream boffin's refuse to look outside the box. Remember the farce with the Suffolk University:   http://www.energygrid.com/destiny/geoff-freed/2009/12.html  Scroll down to very end. OR

Same as above link, save your scrolling
Dr Paul La Violette.
http://uk.news.yahoo.com/while-working-spies-snowden-secretly-prolific-online-013932400.html#e0hmIT9
Is this true or is another ruse to smear him?

http://healthfreedoms.org/2013/06/11/nasa-confirms-sun-gazing-has-healing-abilities/   I have seen Yogi's do this and I would suggest you really be extremely careful.  Follow the instructions TO THE LETTER.  If you try to be clever you will or could lose your eyesight.
http://science.nasa.gov/science-news/science-at-nasa/2013/18jun_bluedot

June 19, 2013:  On July 19, 2013, NASA’s Cassini spacecraft will photograph Saturn and its entire ring system during a total eclipse of the sun.  Cassini has done this twice before during its previous 9 years in orbit, but this time will be different.
"This time, the images to be collected will capture, in natural color, a glimpse of our own planet next to Saturn and its rings on a day that will be the first time Earthlings know in advance their picture will be taken from a billion miles away," says Carolyn Porco, Cassini imaging team lead at the Space Science Institute in Boulder, Colorado. ( Read more from this fascinating article. It will give one a perspective how small we are and yet so amazing, we must preserve our precious jewel, our home, our planet). 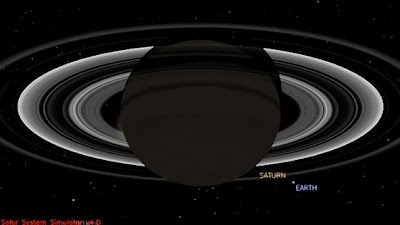 Published on 19 Jun 2013
6/19/13 - TWA Flight 800 Cover-up EXPOSED | FBi Covered Up That MISSILE Shot Down TWA 800 TWA 800 Shot Down By a Military Missile Documentary aims to 'break silence' on crash of TWA Flight 800 - Producer: "One or more ordnance explosions outside the aircraft caused the crash" - The documentary, "TWA Flight 800," will premiere July 17
It makes its debut on the anniversary of the crash
All 230 people aboard died when the plane exploded and crashed into the Atlantic Ocean
one of the most mysterious, tragic and controversial air crashes in U.S. history — the explosion of TWA Flight 800 off the coast of Long Island, which killed 230 passengers and crew.
Once again whistle blowers are coming forward.  By more stringent control or punishment on 'blowers' more will become defiant. Those who are afraid to do so will have to live with shame and guilt and adding their names to the list of 'those who commit crimes against humanity'.  I know the cowardly security forces threaten your lively hood, your family and it sucks and it is hard. Yet living with shame and guilt and saying afterwards, I really should have spoken up, merely bottles up this emotion, can drive one to distraction and addiction, and acts as a poison, eats away at your guts and can make one sick and ill.
http://www.youtube.com/watch?feature=player_embedded&v=6umn4nsNN2E
This an in depth look at what happened at the incident TWA FLIGHT 800, the extent of the cover up is amazing, well worth having a cup of tea and listening to this. 58 mins.

NASA ON GREEN VEGETATION ON EARTH. 5 MINS.
http://www.youtube.com/watch?feature=player_embedded&v=QIMucHfUMyg
Clare Daly, a representative of
Dublin North district from in the
Irish Parliament lets it all hang out
here, on June 19, 2013.
This is not to be missed!
Video (almost 6 mins):

I guess many seeing this and the thousands of scientists will shake their heads and smirk and say 'conspiracy nut' and so on, howevr, there equally a number of experts, building contractors, demolition engineers, scientists, and many more that when they awoke and realised the sheer scale of all this began to investigate, and there are thousands of testimonies as to the science by very accredited people. Not to just be a 'fly in the ointment' or to bring a government or nation down, but simply to get to the truth.
Because if it is proved it was a controlled demolition, this has had to been thought out and planned many months before the event and also who were the true terrorists. The  perpetrators would then be criminals and brought to justice. Should it be a home job, so to speak,then we can see the ruse to wage war against every country in the Middle East and Asia.  After all the terrorists are not American who did this--------are they? 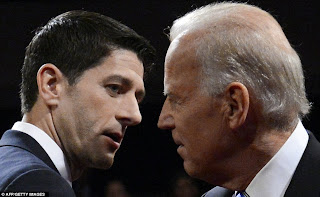 Why you so and so, your a nut, a conspiracy theorist crank.  You,you ----!!!
EXERCISE WELL, EAT WELL, BE WELL. Geoff.
ADDENDUM

Posted by GEOFF FREED ONLINE at 00:56