Oh dear, oh dear Good old YOU TUBE, I love you and don't understand you.  One blip from a large institution and you remove the most vital information. Do you not understand that to save the Arctic is vital to humanity, not Formulae 1 Grand Prix that are frightened of their burning vital fuel and shattering their green image and probably a shortage of their fuel guzzling machines.
Welcome Folks and hope your cars areas green as possible. 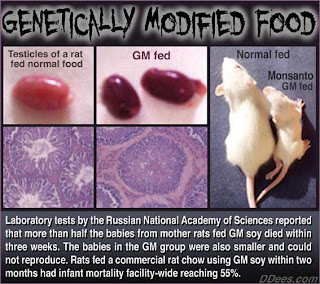 An interesting dialogue above between ANH and Own Paterson'
http://www.youtube.com/watch?feature=player_embedded&v=FNtkmuk9NVw
Two short 3 mins videos of the Syrian allegedly gas attack.


People who grow their own food labeled 'extremist' by Dept. of Defense

(NaturalNews) If the founding fathers were reincarnated today, they'd probably start another revolution, this time to break away from an American government that has become far too imperial for its own good.
And as such, they'd be labeled "extremists" by those who mean to rule us.
In fact, the nation's founders are considered extremists by the Pentagon, according to a new "training manual" that explicitly labels the framers as such.
Discovered by legal watchdog Judicial Watch via a Freedom of Information Act request, the manual was part of 133 documents provided by the Air Force. The January 2013 Defense Equal Opportunity Management Institute "student guide" is entitled "Extremism." The document says that it is "for training purposes only" and "do not use on the job."
Believe in freedom? You're an extremist...
The manual defines an "extremist" as "a person who advocates the use of force or violence; advocates supremacist causes based on race, ethnicity, religion, gender, or national origin; or otherwise engages to illegally deprive individuals or groups of their civil rights."
In addition, it says, "Nowadays, instead of dressing in sheets or publically espousing hate messages, many extremists will talk of individual liberties, states' rights, and how to make the world a better place."
So, if ye love liberty and freedom more than ye love a big, powerful central government that has grown well beyond its constitutional boundaries, you're an extremist. If ye dare to take care of yourself, to be an individual who grows his own food (weren't there a number of farmers and plantation owners in the group of founding fathers?) ye are an enemy of the state.
Under the section, "Extremist Ideologies," the manual states, "In U.S. history, there are many examples of extremist ideologies and movements. The colonists who sought to free themselves from British rule and the Confederate states who sought to secede from the Northern states are just two examples."
Though the document released today by Judicial Watch was obtained from the Air Force, it originated in a DOD office and is, therefore, thought to likely be used in other agency components, said Judicial Watch.
"The Obama administration has a nasty habit of equating basic conservative values with terrorism. And now, in a document full of claptrap, its Defense Department suggests that the Founding Fathers, and many conservative Americans, would not be welcome in today's military," long-serving JW president Tom Fitton said.
"And it is striking that some [of] the language in this new document echoes the targeting language of conservative and Tea Party investigations. After reviewing this document, one can't help but worry for the future and morale of our nation's armed forces," he added.
This isn't the first time the federal government, one of its agencies or some other "official" source has equated freedom-loving Americans who have an originalist view of the Constitution and its meaning with extremists.
Irreconcilable violence ahead? 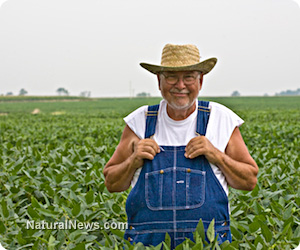 THE NEW URBAN TERRORIST.  He loves peace, gardening, home life and a family, doesn't like war, is a kind neighbour. Oh by the way he is truthful and honest. Certainly doesn't sound like a politician.  Cameron Monsanto and his Fracking buddies want to suppress internet expression, he was defeated over the war in Syria now wants to stop any legitimate free speech.  All UK citizens then become the New Urban Terrorist if we blog, post or express that which we disagree with. Shame on you, you bumped up no nothing prat.

http://www.naturalnews.com/041897_MMR_vaccines_autism_court_ruling.html  Now it is being confirmed and do you remember
all the hoo-ha that put doctors on the 'madness' list for suggesting the link to autism. See Jane Burgermeister.
See her website.http://birdflu666.wordpress.com/ Massive information.  Jane's brave stand seen in earlier interviews are incredible, follow in you tube and net. 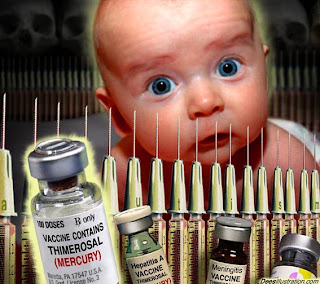 Just as deadly ---all of them. They are OK if the dangerous adjutants are removed.


http://www.naturalnews.com/041883_Syria_chemical_weapons_sodium_fluoride.html
Should the be verified then this is what in certain water supplies, certainly in the USA and now Theresa May Cabinet Minister in the UK wants to introduce in our water. I have protested and fought against this for 40 years and in energygrid I have written about it and its dangers and there is enough literature about this. If the above is true then those countries that fluoridate their water supplies are killing us. 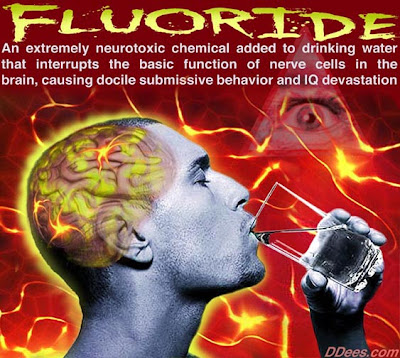 The most deadly---why?---because water is what we are  80% of our bodies  - the most efficient way of making us gradually sick and earning money trying to cure us---it is difficult to detox.

Christina Sarich Natural Society
According to a breaking study published in the journal, Applied Biochemistry and Biotechnology, StarLink™ maize made by Aventis CropScience and later bought out by Bayer has infiltrated numerous Saudi Arabian crops.
StarLink™ is a controversial GMO corn of the Bt variety which utilizes Cry9C proteins as a way to kill caterpillars and ‘protect’ corn crops. The problem is that while the Cry proteins were made to destroy stomach and liver cells in insects, these proteins have also been shown to cause damage in livestock. Concerns are that these health issues will most certainly travel up the food chain, and harm humans as well, and multiple studies are now showing this to be true. Controversy and Dangers of StarLink™ and Bt Toxins
Controversy surrounding StarLink™ corn began when traces of from the product were found in taco shells and other corn products. StarLink™ is illegal in human food, even though it has been used as animal feed. The EPA Scientific Advisory panel considered Cry9C only a ‘medium risk potential’ to humans, and primarily as an allergen.
People normally have to be exposed to a potential allergen multiple times before developing health issues, but research around Cry toxins has shown that they are much more damaging than just food allergens. Some studies link Bt toxins to forms of cancer, including Leukemia. The EPA has also received numerous reports of adverse reactions to Cry9C. The Aventis Company is actively seeking approval from the FDA for both human and animal consumption of StarLink™, but it is currently illegal.
Furthermore, due to the health issues related to the consumption of StarLink™, it was the first ever genetically modified food actually recalled, and Aventis promised to discontinue its use. The contaminated aid corn was found after this supposed recall.
Nonetheless, the illegal corn is showing up abroad, contaminating food products in . Less than a decade ago, the illegal corn was also found in ‘aid’ food sent to Central American countries by the World Food Program to have over 80% contamination rates. After this finding,, , , and refused the GM food ‘aid.’
Sayer Ji of GreenMedInfo indicates the conclusions of the most recent study of more than 200 samples conducted in Saudi Arabian provinces Al-Qassim, , and Madhina in 2009 and 2010:
All rice samples were negative for the presence of 35S and NOS GM gene sequences.
Approximately 26% of soybean samples were positive for 35S and NOS GM gene sequences.
Approximately 44% of the maize (corn) samples were positive for the presence of 35S and/or NOS GM gene sequences.
The results showed that 20.4 % of samples was positive for maize line Bt176, 8.8 % was positive for maize line Bt11, 8.8 % was positive for maize line T25, 5.9 % was positive for maize line MON 810, and 5.9 % was positive for StarLink maize.
Twelve samples were shown to contain <3 % of genetically modified (GM) soy and 6 samples >10 % of GM soy. Four samples containing GM maize were shown to contain >5 % of GM maize MON 810. Four samples containing GM maize were shown to contain >1 % of StarLink maize. 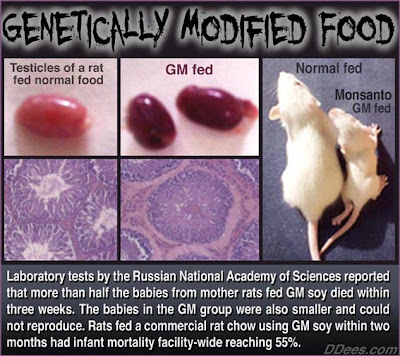 The worlds male sperm count is diminishing and in  http://healthfreedoms.org/2010/05/18/out-for-the-count-why-levels-of-sperm-in-men-are-falling/
http://www.theorganicprepper.ca/us-birthrates-plummet-by-310000-babies-responsible-economic-planning-or-shadow-depopulation-07102013


The Naked Juice company was sued in 2011, accused of using GMO ingredients and deceptively labeling its products, “all natural.” As the Organic Consumers Association explains:
According to plaintiffs, Naked Juice used soy ingredients that are genetically engineered “by design or by contamination.” (Naked Juice doesn’t use certified organic or verified non-GMO soy.) Naked Juice intentionally used misleading language to give consumers “the false impression that the beverage’s vitamin content is due to the nutritious fruits and juices, rather than added synthetic compounds.” And the PepsiCo subsidiary contained a laundry list of synthetic chemicals, including calcium pantothenate (synthetically produced from formaldehyde).
PepsiCo, of course, is the owner of Naked Juice and also the same company that bankrolled the defeat of Prop 37 in , the “Right to Know” GMO labeling campaign.


Starting today, you may now be eligible to receive up to $45 directly from PepsiCo. Any person who claims to have purchased Naked Juice — even if they have NO PROOF of such a purchase — can now participate in the class action claims and receive up to a $45 check as part of the settlement. 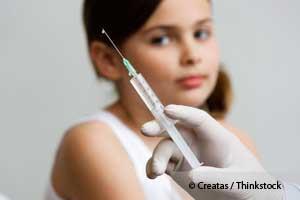 Now getting at young women and girls.  They are doing Kissinger's plan well. 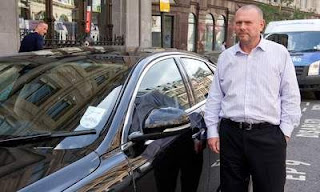 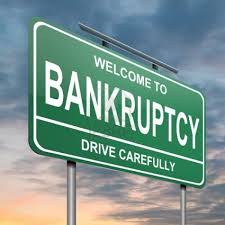 A world of destitute bankrupt countries and people. Welcome a new way built on decency and honour.
Be Well. Geoff
Posted by GEOFF FREED ONLINE at 00:57