WORTH REPEATING.  BOMBSHELL NEWS. As a former Forensic man I can verify this and now you see why many of my friends and colleagues and I have fought the use of Fluoride for over 50 years.
THIS IS MEGA, MEGA, MEGA.
Please I beg you send this everywhere you can. Please.
ONCE GAIN THE WHORE OF EUROPE SUPPLIED THE CHEMICALS. Cameron wants to Frack, and also gag us, oh by the way Theresa May wants to fluoridate us in the UK. Linked to the Video above, we should be bombed.  All Governments by the IMPLICATIONS ABOVE  are war criminals and should be prosecuted for crimes against its own population.  I issue a citizens arrest for all those counties in the UK that are using chemical weapons on us  and their administrations who ordered the insertion of Fluoride and all toothpaste manufactures and dentists.

In the 1950's, NATO embraced this Nazi war weapon as a "standard chemical weapon," and the United States began to produce and stockpile the weapon, storing it for decades. When the U.S. military finally decided to start reducing its stockpiles of sarin nerve agents in the 1970's, it dumped tens of thousands of tons of it into the oceans as part of Operation CHASE.This means the U.S. government is already guilty of deploying weapons of mass destruction on highly-intelligent mammalian aquatic species such as dolphins and whales."According to a 1998 report created by William Brankowitz, a deputy project manager in the U.S. Army Chemical Materials Agency, the Army created at least 26 chemical weapons dump sites in the ocean off at least 11 states on both the west and east coasts," reports Wikipedia.
Learn more: http://www.naturalnews.com/041914_chemical_weapons_Wal-Mart_sarin_gas.html#ixzz2dvAF9yXS
Just a clip from link.
Bayer has just sued the European Commission to stop the ban on its bee-killing pesticides -- despite clear evidence its products are behind the massive bee die-offs.
We can't let Bayer and Syngenta get away with this blatant threat while the bees disappear. Sign the petition to tell them to drop the lawsuits now! (Unbelievable. ).  Of course the whore of Europe UK Monsanto press gagger will back up Monsanto or Bayer, because UK Fracking Scientists and the rest were the only country to veto the banning of these chemicals. 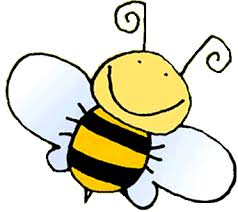 Wow. Bayer has just sued the European Commission to overturn a ban on the pesticides that are killing millions of bees around the world. A huge public push won this landmark ban only months ago -- and we can't sit back and let Big Pesticide overturn it while the bees vanish.
Bayer and Syngenta, two of the world's largest chemical corporations, claim that the ban is "unjustified" and "disproportionate." But clear scientific evidence shows their products are behind the massive bee die-off that puts our entire food chain in peril.
Just last month, 37 million bees were discovered dead on a single Canadian farm. And unless we act now, the bees will keep dying. We have to show Bayer now that we won't tolerate it putting its profits ahead of our planet's health. If this giant corporation manages to bully  into submission, it would spell disaster for the bees.
Sign the petition to tell Bayer and Syngenta to drop their bee-killing lawsuits now.
The dangerous chemical Bayer makes is a neonicotinoid, or neonic. Neonics are soaked into seeds, spreading through the plant and killing insects stopping by for a snack. These pesticides can easily be replaced by other chemicals which don’t have such a devastating effect on the food chain. But companies like Bayer and Syngenta make a fortune from selling neonics -- so they’ll do everything they can to protect their profits.
The EU banned these bee-killers this past May, after a massive public campaign and a clear scientific finding from the European Food Safety Authority that neonics pose huge risks to bee populations. Bayer fought against the ban every step of the way, using tactics taken from Big Tobacco -- pouring millions into lobbying and fake science to stop decision-makers from taking action.
Now, we have to defend this landmark ban for the bees, and our food supply. Sign the petition now to tell Bayer and Syngenta to drop their aggressive lawsuits!
We have to stand up for the European ban now, from  and from around the world. The current ban only lasts for two years before it's up for review, and Bayer is now determined to stop it before it even comes into force in December 2013. If it is allowed to intimidate the European authorities with impunity, then the pressure to overturn the ban will be huge. This will be a massive victory for the poison industry, and a devastating loss for the bees, and all of us. It will make every environmental regulation more difficult, because companies that can't win on the facts can use their enormous profits to fund expensive, baseless lawsuits.
Bayer is an enormous company with a ton of public-facing brands. Neonics are a big part of its bottom line, but it can't afford poor publicity on a global scale. And if word gets out that Bayer is wrecking our ecosystem and threatening a creature responsible for pollinating a third of all our crops, the company will have to back down.
SumOfUs staff and members have literally just gotten of the plane from a convention in  where we took the fight for a ban in the  right to the industry itself -- so we know how important it is to hold the line.
Sign the petition to tell Bayer and Syngenta to drop their bee-killing lawsuits now. Let's build on this landmark victory and take the bee-killing pesticide ban global.
If you follow the videos and research the evidence you will see for yourself.  Please stop another war and killing. If we do not at least email this to friends, MPs,  blog, send to congressmen, senators, local groups, we are turning our backs on children, women and innocent men. Wildlife and Nature. For heavens sake do what you can. I am pleading and begging for the sake of Decency and our future and for the generations that MIGHT  survive. What world will we live in if these deranged people take over?  Think on that.
Heartfelt thanks. Geoff.
Posted by GEOFF FREED ONLINE at 04:59