Dear Folks I have held this document back for certain reasons and now that Forbidden Knowledge has got the video off of You Tube hopefully you will take the hour to read it before it is taken down. 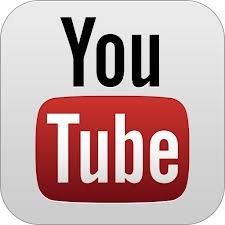 Dear You Tube please do not take down anything you feel your masters NSA and GCHQ tell you too.
This is a reading of the document
entitled, "Silent Weapons for Quiet Wars".
This clip was put together for those who
might be distracted with kids or work and
for those who choose to listen rather than
read the full document.
Dated May 1979, "Silent Weapons for
Quiet Wars" (Technical Manual SW7905.1)
was found in 1986 in an copier that
had been purchased at a surplus sale.
It is the product of a discipline called
"Operations Research" developed during
WWII to attack enemy populations using
tools of social engineering and psychological
warfare. It was allegedly published by the
JASON group, and presented at the first
known Bilderberger Group meeting in 1954.
Research for the document was allegedly
done at the Rockefeller Foundation's
Harvard Economic Research Project.
JASON is an independent group of scientists
which advises the government
on matters of science and technology. The
group was first created as a way to get a
younger generation of scientists - that is,
not the older and MIT Radiation
Laboratory alumni - involved in advising the
government. It was officially established in
1960 and today has somewhere between
30 and 60 members.
According to the secret "Silent Weapons for
Quiet Wars" document, the "international elite"
decided in 1954 to wage a "quiet war" against
the American people with the goal of shifting
wealth from "the irresponsible many" into the
hands of the "responsible and worthy few."
"In view of the law of natural selection it was
agreed that a nation or world of people who
will not use their intelligence are no better
than animals who do not have intelligence.
Such people are beasts of burden and steaks
on the table by choice and consent."
Video (about 63 mins):  Courtesy Alexandra Bruce Forbidden Knowledge.

http://www.prisonplanet.com/articles/april2006/030406massculling.htmhttp:/
/www.rense.com/general32/kissde1.htm
Apologies if this shocks you, we are seeing this enacted now. From one of the links above Kissinger remarks 'there are many stages to implement before it is achieved'.  We are near the ending stage now. Russia threw a spanner in the works to temporarily slow down the elite, not American, the bilderbug overall conquer of Syria, then Iran and then a world war 3 which is the silent one as above and then when it comes to Russia and China who may be doing a con job and are really in on it as well.  Just a 'hold ' up job to fool the rest of the world that a strike on Syria is avoidable and achieved by the UN and diplomacy.  If World War 3 does come to explicit Military Action, then the secret weapons, held back so far, will be in the Theatre of War.
WHAT GAVE it away for me was that weapons Inspectors could only verify a chemical attack and not who actually did it. They know it was not the Syrian Government troops.
Corroborates the above.
Well folks, we have to see we do not buy into this fear and really meditate to clear the mind and so the invisible subtle mind bending energy does not super glue our minds.
BE FREE, STAND FREE, YOU ARE FREE.  Its a MIND GAME THAT SAYS YOUR MIND IS THERE's .
Above all Be Well.  Geoff
Posted by GEOFF FREED ONLINE at 03:28